Three men appear in court charged with murder of jeweller

Ramnik Jogiya, 74, pictured, was killed after he locked up his jewellery shop in Leicester

Three men have appeared in court after a jeweller was found dead after allegedly being kidnapped.

The body of father-of-three Ramniklal Jogiya, 74, was found dumped in a country lane in Stoughton, Leicestershire, at about 10am on Thursday.

It was just seven miles from the jewellery shop where he was allegedly abducted.

He is said to have been bundled into a vehicle by robbers who targeted his Vama Collections store in Leicester as he locked up on the evening of January 24.

Thomas Jervis, 23, Charles Frances Mcauley, 20 – who gave his surname as Ward – and Callan Reeve, 19, all appeared before Leicester Magistrates Court charged with kidnap and robbery.

The trio, all of Leicestershire, were remanded in custody to appear before Leicester Crown Court on February 28 for a pre-trial preparation hearing.

Jervis, wearing a denim shirt, Reeve and Ward, both in grey sweatshirts, looked emotionless during the 32-minute hearing as family members watched on from the public gallery.

Kwok Wan, prosecuting, said: ‘On the 24 January, a 74-year-old male was walking a short distance from his jewellery shop, which he owned.

‘On his way home, he walked down a one-way street where there was a white Ford transit van in front of him.

‘As he approached the van, two passengers approached him and bundled him inside.

‘A short while later, a person wearing a burka was able to enter the shop using a key.

‘He was then caught on camera leaving the shop and walking a short distance, where he was met by another van, which was then driven away.

‘The victim in this matter was dealt with in such a way that his keys were taken and his shop was entered in to.

‘His body was found in Stoughton, on the other side of Leicester, and his cause of death was blunt force trauma to his head. 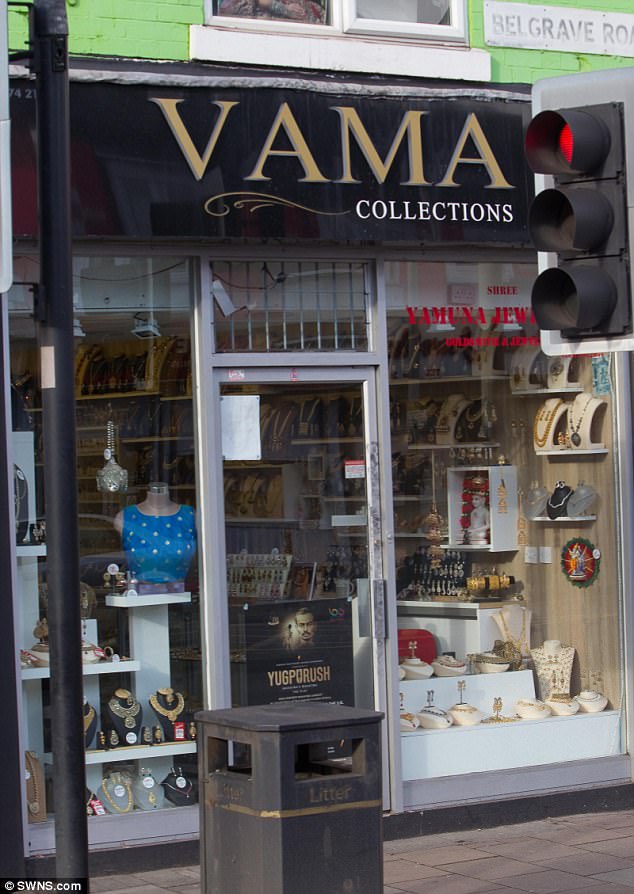 Bail applications made on behalf of Reeve and Jervis were rejected, and Mcauley made no application.

Remanding the trio in custody, Deputy District Judge Martin Jackson said: ‘Mr Mcauley, you will be remanded to appear before Leicester Crown Court on February 28.

‘I am aware that no bail application has been made, but for the record I will remand you in custody.

‘Mr Reeve and Mr Jervis, for each of you there will be a pre-trial preparation hearing at Leicester Crown Court on February 28 and you will be expected to enter pleas at that hearing as well.

‘You both face serious charges of a sophisticated kidnap and robbery.

‘You will both be remanded in custody to appear before Leicester Crown Court on February 28.’

Two other men, aged 18 and 22, who were arrested on suspicion of kidnap and murder remain in police custody, according to Leicestershire Police.