Three people have been rushed to hospital after a pick-up truck plowed into an outdoor dining area in Brooklyn.

Surveillance footage shows shows a blue Ford hurtling into a seating barrier set up outside L’Wren in Sunset Park on Tuesday evening.

The impact knocked two women and one man to the ground and they were taken to nearby Lutheran hospital with minor injuries, according to FOX 5.

The video shows tables and chairs were also flying into the air, as other patrons shot out of their seats to escape the oncoming vehicle.

Surveillance footage shows shows a blue Ford hurtling into a seating barrier set up outside L’Wren in Sunset Park on Tuesday evening. The restaurant’s outdoor dining section is seen on social media

Footage indicates that the diners were likely saved by a large, heavy barrier that the restaurant had erected around their tables.

The 22-year-old driver of the pick-up truck pulled over, stayed at the scene and co-operated with authorities. He returned a negative alcohol reading.

The driver was issued a summons, and police believe it was an accident.

Authorities have not released the names of the three injured diners, although they are believed to have been released from hospital.

Fellow diner Julian Davis told FOX 5 that the incident left many diners shaken, with children in tears for the course of the evening.

‘Two kids that were sitting there [outside] were shaken up, they were crying the entire time after the fact,’ he stated.

Davis added it was a ‘miracle’ that no was killed.

‘If the barriers weren’t here, they would’ve died,’ he proclaimed. 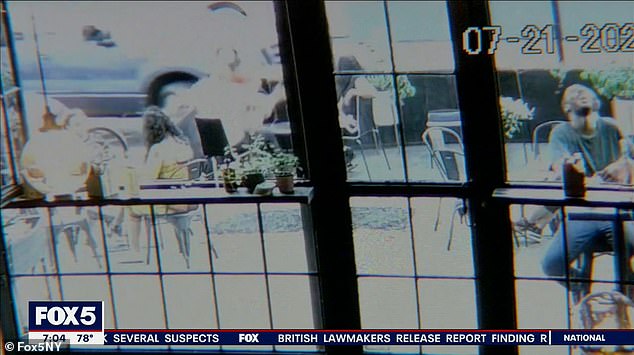 Many New York City restaurants have expanded their dining facilities onto sidewalks and nearby roads amid the coronavirus pandemic.

With indoor dining still prohibited by Gov. Andrew Cuomo, business owners have been eager to maximize their outdoor space and take advantage of the warmer weather.

With many outdoor areas impinging onto roadways, some New Yorkers say it was only a matter of time until an accident occurred.

However, Davis says he was left stunned when the pick-up truck came hurtling towards his table on Tuesday.

‘I knew it was possible but I didn’t think it was ever going to happen,’ he remarked. 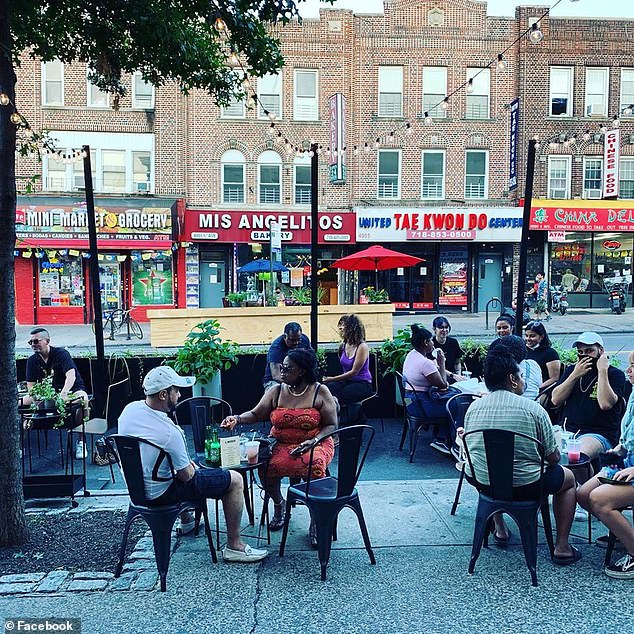 Many New York City restaurants have expanded their dining facilities onto sidewalks and nearby roads amid the coronavirus pandemic. L’Wren’s outdoor seating area is pictured