By Alana Tindale and Louise Ayling For Daily Mail Australia

Australian soldiers who served in Afghanistan won’t be stripped of their medals because of war crime allegations facing some special forces soldiers, defence minister Peter Dutton has announced.

Described as ‘collective responsibility’ by Mr Campbell, the move was originally recommended by Justice Paul Brereton whose report alleged 39 murders were perpetrated by Australian soldiers serving in Afghanistan over eleven years.

However, Mr Dutton has announced only people convicted of war crimes or stood down for misconduct will have the service medal taken off them. 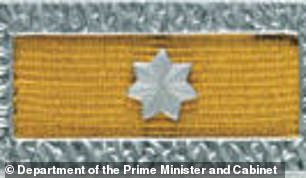 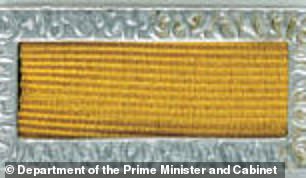 ’99 per cent of our ADF personnel serve, and have served, our country with distinction,’ Mr Dutton told the Australian.

The MUC was awarded to soldiers who served in Special Task Groups in Afghanistan from 30 April 2007 to 31 December 2013 for ‘sustained and outstanding warlike operational service.’

The Breteron Inquiry has accused 25 soldiers serving in Afghanistan of committing serious war crimes from 2006 to 2015, and recommended 19 be prosecuted.

‘The Inquiry has recommended the revocation of the award of the Meritorious Unit Citation, as an effective demonstration of the collective responsibility and accountability of the Special Operations Task Group as a whole for those events,’ the IGADF report, which took four years to complete and was released in November last year, said.

General Campbell initially supported the suggestion, saying ‘units live and fight as a team’ but later retracted it after backlash from veterans.

In a letter from December 2020 to then defence minister Linda Reynolds, he said he advised ‘a slower, more deliberate approach’ to removing honours and awards. 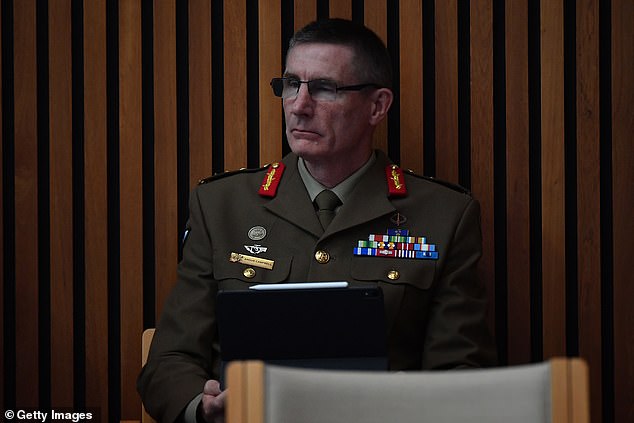 25 soldiers serving in Afghanistan were accused of serious war crimes, including murder

Justice Brereton spent four and a half years investigating the conduct of special forces soldiers between 2005 and 2016.

He found there was credible evidence of 23 incidents in which a total of 39 Afghan nationals were unlawfully killed.

Many of the alleged crimes against civilians and others were so horrific they were redacted in the official report.

In one alleged incident, two 14-year-old boys were stopped by SAS before having their throats allegedly slit and bodies bagged and thrown in a nearby river.

There was evidence junior soldiers were required by their patrol commanders to shoot a prisoner in a practice known as ‘blooding’ to achieve their first kill.

‘Throwdowns’ – weapons, radios, or other equipment – would be placed with the body and a ‘cover story’ was created for the purposes of operational reporting and to deflect scrutiny.