Two women are behind bars and one remains on the run after they allegedly kidnapped, beat, and robbed their male co-worker at a student housing complex.

Durgen Gutierrez says the three women stole $5,000 from his wallet, pistol-whipped him until he was unconscious, and left him for dead in the woods.

Claudia Lopez-Mendez, 21, and Darlin Diveana Munoz Cano, 24, have both been arrested and charged with first-degree robbery and first-degree kidnapping.

The third suspect, known only by the name ‘Leanna’, remains at large. 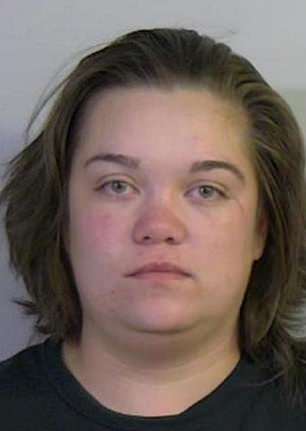 Gutierrez said the three women approached him at the parking lot of a student apartment complex at the University of Alabama on August 18 around 2pm.

He had only known the women, who were from South Carolina and had traveled to clean apartments at the university, for about two weeks.

Gutierrez told authorities that he had a ‘brief conversation’ with the women, who told him that ‘he needed to ride with them somewhere’, according to Tuscaloosa News.

When he got into the backseat of their Ford Explorer, one of the women put a knife to his throat and called a co-worker to demand $4,000 for his release. 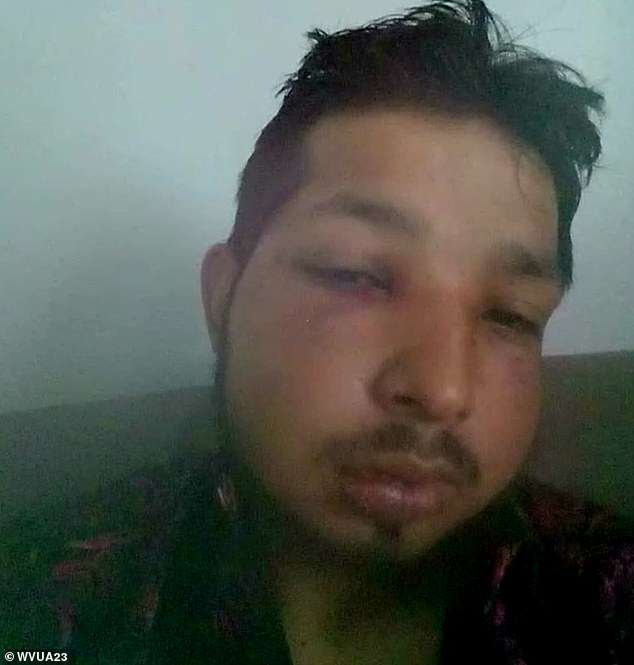 Durgen Gutierrez (pictured after the attack) says the three women stole $5,000 from his wallet, pistol-whipped him until he was unconscious, and left him for dead in the woods

But the co-worker thought it was a joke and hung up the phone.

Gutierrez said two of the women were armed with knives and the other one had a gun. 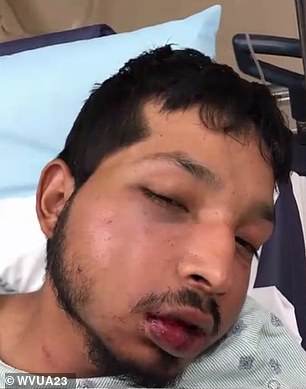 He said that, after the co-worker hung up the phone, the women zip-tied his hands behind his back and placed zip-ties around his neck.

They then attached the zip-ties around his neck to the doors of the car, and also placed a hoodie over his head.

After the women took his cash, wallet, and phone, one of them began pistol-whipping him in the head with a handgun until he was knocked unconscious.

Gutierrez woke up in a wooded area in Hale County after a passerby found him and called 911.

‘If it wasn’t for the person that found me, I don’t know where I would be.’

Guttierez was treated for a busted lip, a swollen and bruised faced, and scratches to his arms and neck. 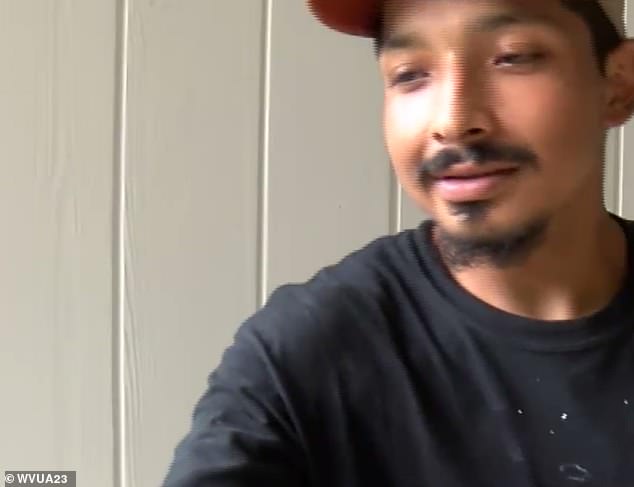 He is now back at work, but still remains baffled at why he was targeted in the first place.

‘I don’t have problems with them,’ he said. ‘They were just other employees.’

‘They beat me and took the money we were going to use to pay everybody.’

Cano and Lopez-Mendez are currently being held in the Tuscaloosa County Jail, each on $120,000 bond.