A three-year-old boy has died from burn injuries after falling into a scalding pot of curry in India.

The youngster, who is thought to have been called Suresh, was playing near the food preparation area at a function in the Ranga Reddy district of Telangana.

Cyberabad police were informed of the tragic accident by the boy’s father and are investigating what happened.

A three-year-old boy has died from burn injuries after falling into a scalding pot of sambar in the Ranga Reddy district of Telangana, India (file image)

The force told NDTV: ‘We had received a complaint yesterday from a person named Suresh that while attending a function his son Suresh fell into a vessel filled with hot sambhar and received severe burn injuries.’

It is thought that the boy had been playing near the cooking area when the incident happened on Sunday, reports New Indian Express.

After being burned, the toddler was taken to the Shabad government hospital and then moved to the Osmania general hospital, but died on Tuesday.

Sambar, or sambhar, is a spicy vegetable stew or curry-style dish which is popular in southern India. It is served boiling hot and brewed in giant vessels. 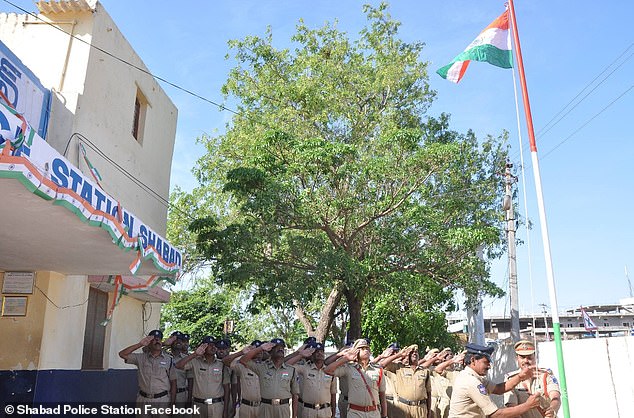 It comes after a similar incident earlier in November when a six-year-old boy also fell into a boiling sambar vessel.

The child was attending a private school in Panyam town of Kurnool and was running as the lunch food was bought out to be served, reports India Today.

A maid at the school said: ‘This boy was not in the queue, he ran out of the queue. At the same time, some persons brought a vessel containing hot Sambar.

‘This boy… fell down into the Sambar vessel. The boy was so fast that he immediately fell down in the vessel within a matter of an eye blink.’

Local police registered a case against the school management of causing death by negligence.

A similar case occurred in 2013 when Anusha Ashwathappa, six, rushed out of class for lunch when the bell sounded and was knocked into the hot pot.

Anusha suffered 70 per cent burns and was driven to hospital by her headteacher but died hours later.