Three-year-old girl died on a Thomas Cook holiday with her family after falling ill and ‘turning yellow’ at four-star hotel resort in Turkey, inquest hears

A three-year-old girl died on a Thomas Cook holiday with her family after falling ill and ‘turning yellow’, a pre-inquest hearing heard today.

Lily Gibson, from Halfway near Sheffield, died last year at the four-star Bodrum Holiday Resort in Mugla, Turkey, on August 25.

Her parents, Chris and Lisa, had asked for treatment at a local walk-in centre and received medicine from a nearby pharmacy before she died in a hotel room.

The family’s lawyers want to know if she had contracted a bacterial infection such as salmonella or E. coli, according to The Sun Online.

Thompsons Solicitors declined to comment when contacted by MailOnline and said they would not discuss the civil case until the inquest had concluded.

The inquest heard Lily was taken to a walk-in centre after her skin went yellow, a condition known as jaundice.

She was given regular painkillers and sent away, but later died, her father told the pre-inquest hearing.

The coroner said: ‘The important thing is to try and find out what the cause of death was and everything else hinges on that.’

Posting on a GoFundMe page for the family, her uncle Chris wrote: ‘Without any explanation a three-year-old beautiful happy baby girl was taken from a kind loving family.

‘Lily passed away with absolutely no warning whatsoever and there was no way of preparing for the loss.’

‘To lose a child under any circumstances is horrific, to lose a child whilst on a family holiday when it should be a time of joy and love is hard to even fathom.’ 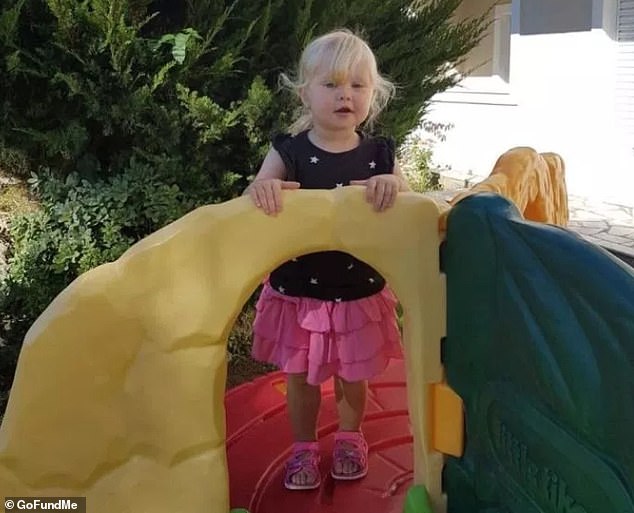 Lily’s parents, Chris and Lisa, had asked for treatment at a local walk-in centre and received medicine from a nearby pharmacy before she died in a hotel on August 25

A Thomas Cook spokeswoman said: ‘Our deepest condolences are with the family after the heartbreaking death of their daughter on holiday last year.

‘We have provided the Coroner with all the information we have been able to gather from the hotel and healthcare facilities.

‘The cause of death remains unclear. We continue to support the Coroner and the family in any way we can and await the outcome of the inquest.’

Bodrum Holiday Resort overlooks the Aegean Sea and is advertised online as being family friendly.

It includes several pools with waterslides, a sun terrace, spa and an a la carte or buffet dinner.

The next hearing will take place on July 1. The full inquest will happen at a later date. 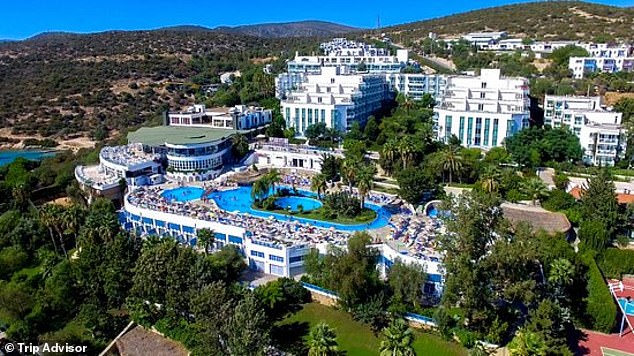