By Geoffrey Wansell for the Daily Mail

Yet Kite is no cerebral crusader for justice — he’s firmly in the thick of the action. First recruited in 1989 from an elite boarding school, Kite joins a shadowy agency called Box 88 and is sent to France to investigate an Iranian businessman implicated in the Lockerbie bombing.

Now, more than three decades later, Iranian intelligence is out for revenge, targeting Kite, while, at the same time, Britain’s MI5 is investigating the activities of Box 88.

The stakes are frighteningly high as the Iranians have taken Kite’s pregnant wife hostage, threatening to kill her unless he reveals the truth about what happened 30 years ago.

With a lavish sprinkling of Bond and more than a teaspoonful of the Circus, this is a high-quality spy story.

A TIME FOR MERCY 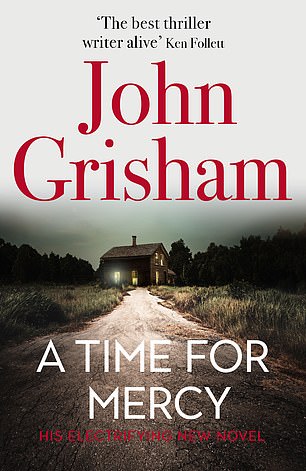 A new Grisham legal thriller is always an event, but this one is exceptional as the author is returning to Jake Brigance, the hero of his very first book, A Time To Kill, in 1989.

He defended a black man who killed the two young white men who raped and murdered his ten-year-old daughter in the mainly white town of Clanton, Mississippi.

Several years have passed and Jake is defending a 16-year-old boy who has shot his mother’s abusive boyfriend while he was in a drunken stupor — convinced the man had killed his mum.

The trouble is that the victim happens to be a well-liked sheriff’s deputy in Clanton, and the population seems to be baying for the boy’s blood. Can the lawyer save him from the gas chamber?

There is a lot of Grisham in Brigance — they were both street lawyers on the side of the people, not big corporations. It gives the book an emotional core that burns with a white heat. 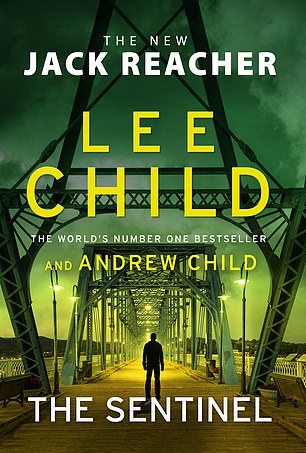 This 25th in the Jack Reacher series marks the first time Child — now 65 — has collaborated with anyone to bring his vigilante hero to life.

And he’s chosen his brother Andrew, 15 years his junior and a thriller writer in his own right, to help him. It’s a combination that seems certain to ensure that the ageless former military policeman will go on fighting injustice for another quarter of a century.

Here, Reacher finds himself in a small town outside Nashville, which has been shut down by a Ransomware cyber attack.

Rusty Rutherford is the ordinary IT guy in town who happens to know more than he thinks, attracting the attention of shadowy villains.

When they move in, Reacher reacts to defend the little guy, and the story unfolds leaving the eponymous hero, as ever, the sole, unrivalled champion of the average man.