Thriving college student, 18, who passed off cough as freshman flu is diagnosed with leukemia

A flu had been going around the campus in Ithaca, New York, so Pincus, then 17, assumed she had picked it up as well.

But the cough only worsened, and she developed a fever and chills.

In October, she was taken to urgent care , who had her was rushed to the hospital after worrying test results, reported student-run newspaper The Cornell Daily Sun.

Pincus, now 18, was diagnosed the same day with leukemia, a blood cancer, and learned she was going to have to put on college on hold so she could enter intense chemotherapy treatment for the next two years.

The teenager says the diagnosis has given her a ‘new perspective on life’ and she’s even raised more than $20,000 for leukemia research. 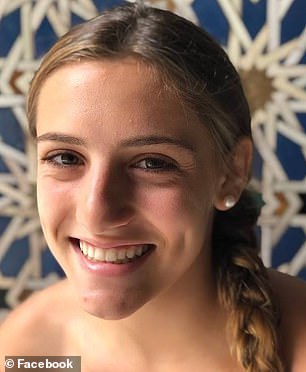 Marlee Pincus, 18 (left and right), began coughing a few weeks into her freshman year at Cornell University in Ithaca, New York, in September 2018.  She attributed the cough to a flu that had been going around campus 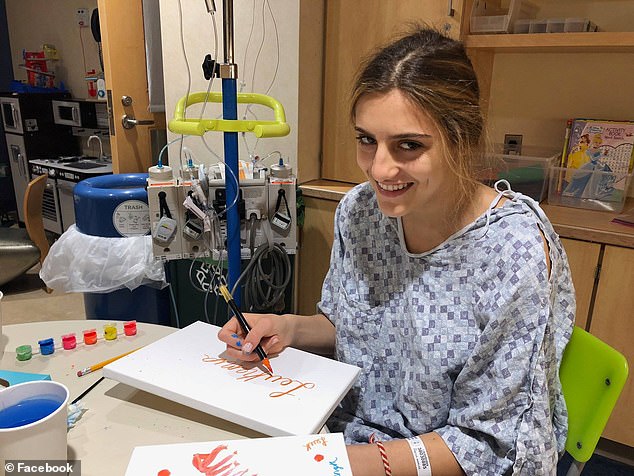 Pincus’s friends improved as she got worse, but she thought it was maybe just stress from her classes. Pictured: Pincus in the hospital

Pincus recalled how the first few weeks of her college experience were just as she imagined it would be.

‘I was meeting so many interesting people, learning new things, eating unhealthy foods, and staying up very late…typical college stuff,’ she wrote in a blog post for the Leukemia and Lymphoma Society.

In September, Pincus and several of her friends fell ill, which attributed to a flu that was going around.

But as her friends recovered, she got worse – but thought it was maybe just stress from her classes.

‘My mom noticed I was extremely pale and decided to take me to urgent care,’ Pincus told The Sun. ‘They drew blood and then received a critical values call from the lab.’

Her white blood cell count was high and her levels of hemoglobin, a protein in red blood cells that carries oxygen throughout the body, were low, which was concerning.

She was rushed to Hackensack Hospital in New Jersey and diagnosed with T-cell acute lymphoblastic leukemia.

ALL is a type of cancer in which the bone marrow makes too many immature white blood cells called lymphocytes. 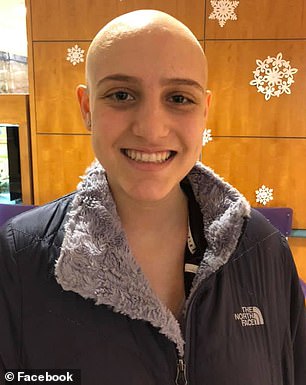 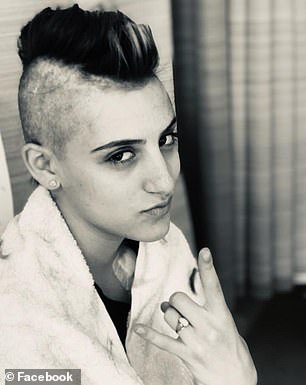 Pincus’s mother took her to urgent care when her cough worsened. After worrying test results, staff had her transferred to Hackensack Hospital in New Jersey, where Pincus (left and right, during chemotherapy) was diagnosed with T-cell acute lymphoblastic leukemia 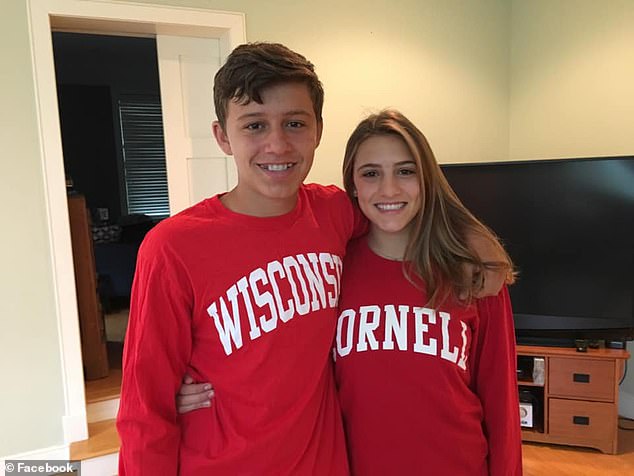 ALL is a type of cancer in which the bone marrow makes too many immature white blood cells called lymphocytes. It accounts for less than half of one percent of all cancers in the US. Pictured: Pincus, right

They crowd out normal white blood cells, causing the body to have a harder time fighting infections.

‘Acute’ means the disease as a chance of quickly spreading throughout the body meaning that early treatment is vital, including chemotherapy and a bone marrow transplant.

According to the American Cancer Society, nearly 6,000 people are expected to be diagnosed in 2019 and about 1,500 will die from it.

However, ALL is a very rare cancer and accounts for less than half of one percent of all cancers in the US.

‘Hearing you have cancer is one of the scariest feelings,’ Pincus wrote. ‘Your first thought is: “Am I going to die?”‘

But Pincus’s doctors have told her that about 90 percent of patients are cured of the type of cancer she has, according to a Facebook post.

College would have to be put on hold, however, because for the next two-and-a-half years, she will need to undergo chemotherapy at Memorial Sloan Kettering Cancer Center in New York City. 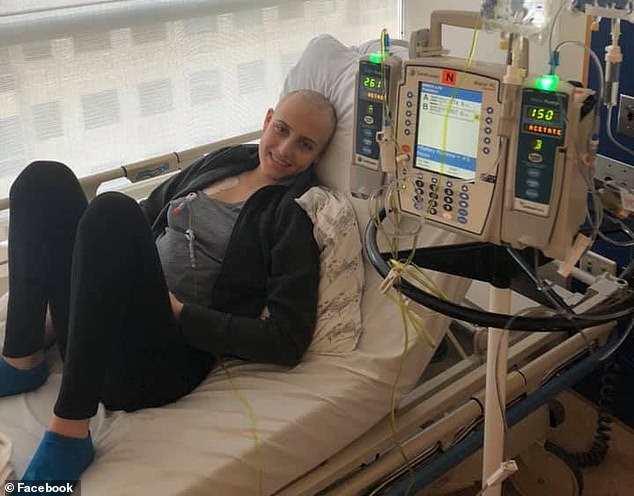 Doctors told her that for the next two-and-a-half years, she will need to undergo chemotherapy at Memorial Sloan Kettering Cancer Center in New York City (pictured) 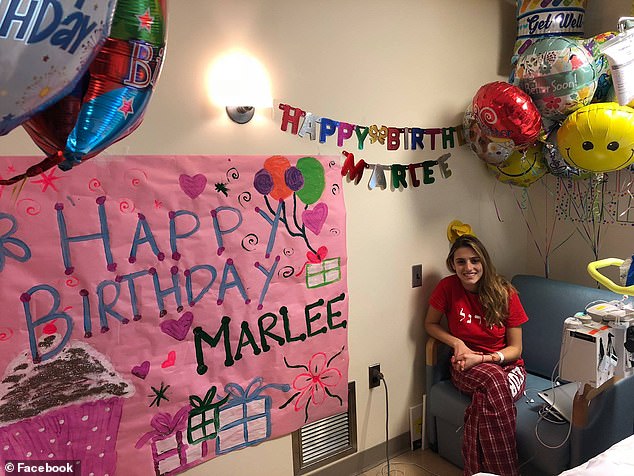 For her eighteenth birthday, Pincus raised more than $20,000 for the Leukemia and Lymphoma Society. Pictured: Pincus in the hospital on her birthday

For her eighteenth birthday in October, Pincus decide to raise money for the Leukemia and Lymphoma Society.

‘In the Jewish religion, the number 18 is called “chai” and it means “life”,’ she told The Sun. ‘Since I was turning 18, I decided to ask for donations in multiples of 18.’

She’s also created a Facebook page called Marlee Kickin Leuk’s Butt on which she raises awareness for ALL and provides updates on her condition.

‘Although I never thought I would be here, I am willing to take this opportunity to self-explore and gain a new perspective on life,’ Pincus said. ‘This is something I can carry with me forever.’