A row over parking outside a primary school ended in a ‘disgusting and sickening’ attack which left a parking warden with a fractured eye socket.

The enforcement officer and a colleague were assaulted outside Purfleet Primary School, Essex at around 8.50am on Thursday of last week.

Shocking video shows one warden appear to cry out moments after being punched by a tall, heavily-built man in a black polo shirt.

After raising his fist to the victim again, the attacker then turns and walks round a black Audi, which seems to be parked on double-yellow lines.

Another officer can be seen getting up off the road on the other side of the vehicle, before onlookers appear to try to restrain the man.

Shocked bystanders can be heard shouting and screaming, with one witness yelling ‘You’re outside a school’.’

Both enforcement officers were taken to hospital for treatment, with one victim suffering a fracture to his eye socket.

Rob Gledhill, leader of Thurrock Council, said he was ‘absolutely disgusted’ by the attack.

He added: ‘It is completely unacceptable and we are working with Essex Police to make sure that the strongest possible action is taken.

‘The fact that this vicious attack happened while our officers were working to make the roads outside the school safer for children and their families makes this even more sickening.

Smartphone video from the scene shows the man in a black polo shirt seem to lunge at a second traffic enforcement officer, after a first has been assaulted 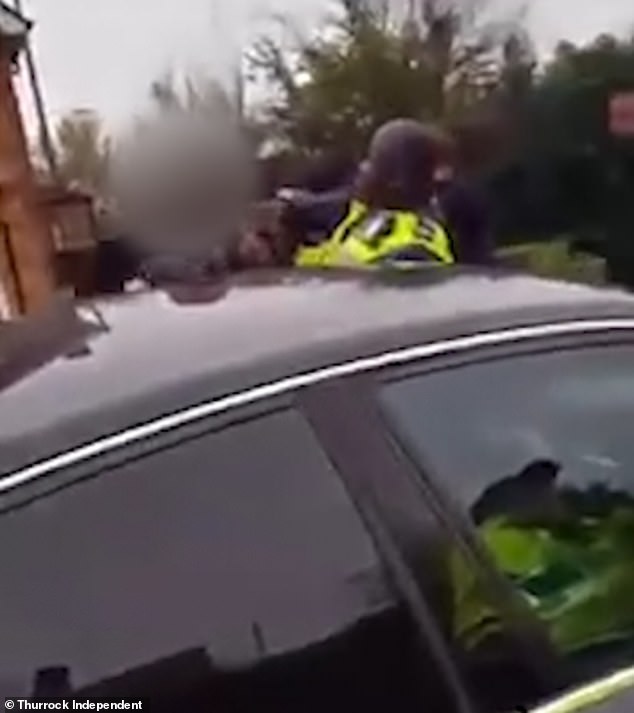 Witnesses gathered at the scene as the man, seemingly angry over a parking fine outside the primary school, tussled with the wardens in high-vis jackets 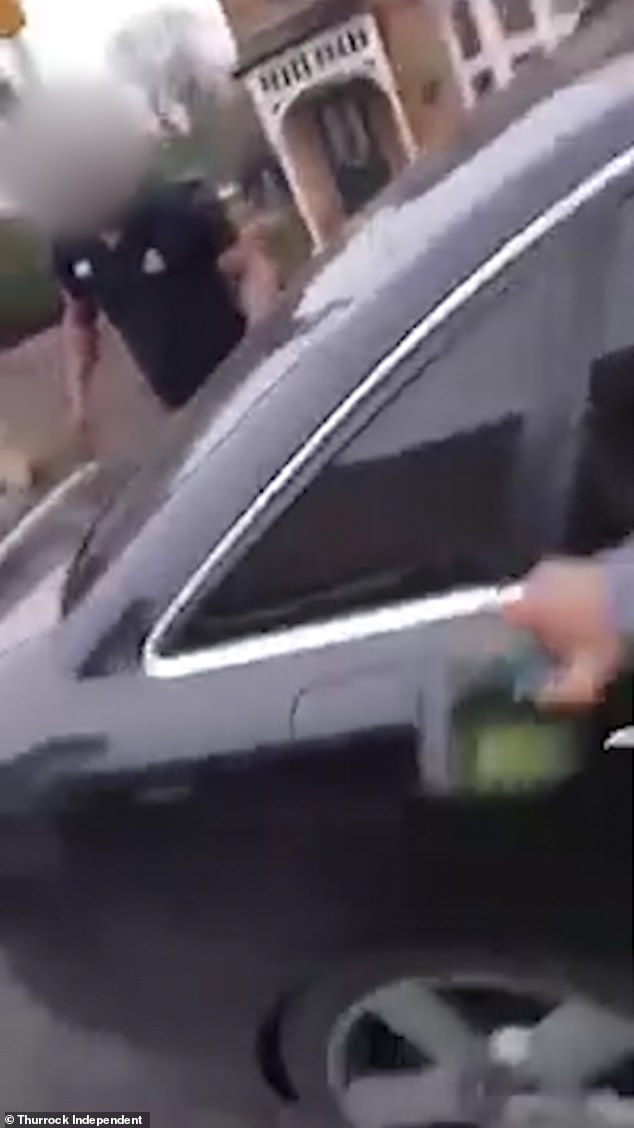 ‘We will be offering support to our staff, their families and their colleagues following this incident.

‘I would also like to thank those residents and parents who intervened to help our two officers, probably preventing further injury.’

Essex Police arrested a 29-year-old man and a 28-year-old woman on suspicion of actual bodily harm.

The man, from London, has been released on bail until December 19, while the woman, from Purfleet, was released without charge. 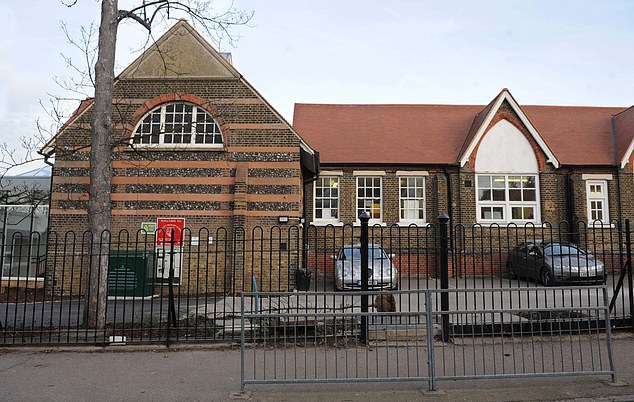 The attack took place outside Purfleet Primary School, in Purfleet in Essex on Thursday morning