Thug is kicked off Sheffield tram for Islamophobic tirade

A Britain First supporter has been kicked off a tram for launching a foul-mouthed Islamophobic tirade.

Passengers on a Sheffield Supertram service reacted with horror as the man ranted for nearly three minutes, spouting vile about Islam and Allah.

When challenged, he threatened to ‘knock out’ terrified travellers and called the conductor a ‘daft c***’, before being ejected from the tram.

Passengers on a Sheffield Supertram service reacted with horror as the man (left) ranted for nearly three minutes, spouting vile about Islam and Allah

The thug boasted of his support for Britain First and for English Defence League founder Tommy Robinson.

The man, riding the service to Malin Bridge last night, insisted he was not being racist and was simply quoting Islamic text.

Victoria Hindle, 32, captured the vile tirade on her mobile phone and later posted it on Facebook, where it has been viewed more than 175,000 times.

Miss Hindle tells him he is being recorded and is about to become an ‘internet sensation’.

The man shrugs and says: ‘That’s all right, fair enough. Do you think I’m bothered? I’m with Tommy Robinson on this. I’m with Britain First on this.’ 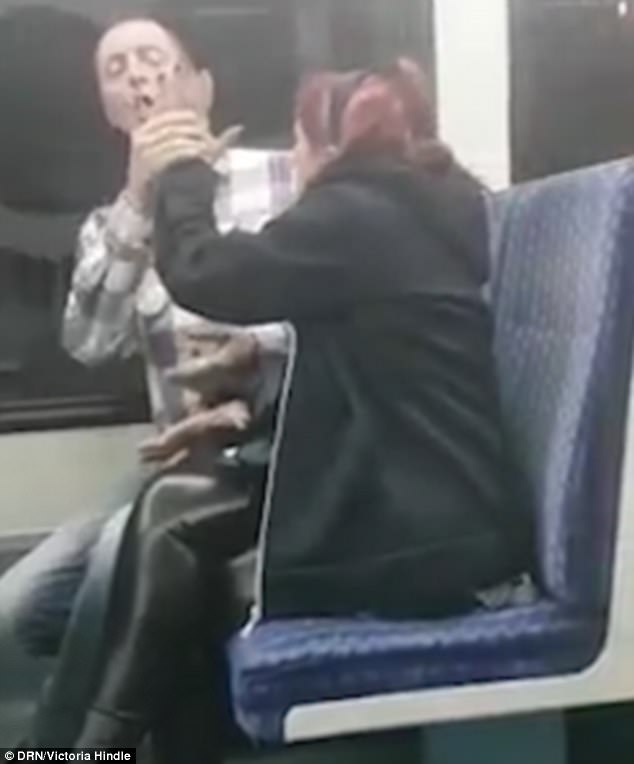 A red-haired woman asked him: ‘Why are you doing this?’ and he replied: ‘Because I’m right’

A female passenger sat next to him throws her arms up in the air and shakes her head. Outraged passengers shout ‘we don’t want to hear it’ and tell him to ‘shut up’.

The female passenger puts her hand in front of his mouth and says ‘shhh’ but he pushes it away.

Miss Hindle says she is going to send the footage to the police and get him arrested.

He replies: ‘Ok then, fair enough. I’m not being racist, I’m quoting things from the Koran. So, if I’m going to be arrested… how come Muslims aren’t arrested for preaching it?’

The red-haired woman asks: ‘Why are you doing this?’ He replies: ‘Because I’m right.’ And a male passenger tells him: ‘Everybody’s got their own beliefs.’ 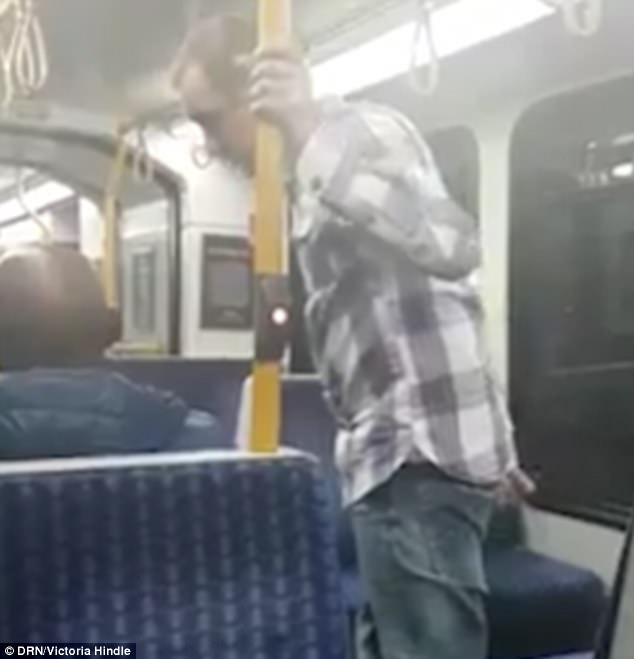 The man, riding the service to Malin Bridge last night, insisted he was not being racist and was simply quoting Islamic text

The yob then gets up, marches over to him and says: ‘Don’t put your hands up to me, mate, else I will f***ing knock you straight out.’

A female conductor steps in between them as the tram arrives at the station and orders the man off. He calls her a ‘daft c***’ and stomps off down the carriage, threatening other passengers. 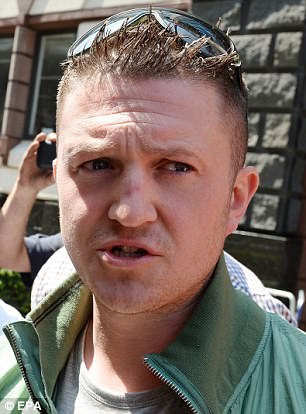 With arms outstretched he shouts: ‘Come on then, all of ya. What are ya gonna do? What the f*** are you doing?’

He eventually leaves, while continuing to hurl abuse at fellow passengers as they step out onto the platform.

Miss Hindle said the rant was aimed at two black passengers who were just ‘minding their business’ and claims there was nothing to indicate they were even Muslim.

She said the red-haired woman was travelling with the man and had taken part in the abuse but suddenly stopped when she realised she was being filmed.

She said: ‘There were two black passengers on the tram that they were aiming their hatred at. I don’t know what religion they were, they were just sat minding their own business. One of them was a 14-year-old girl.

‘Initially she (the red-haired woman) was talking about how she had a job now and all her taxes were paying for immigrants. She changed her tune when I started filming.

‘The pair were talking very loudly and the woman was shouting that she worked and paid taxes and these were all going to immigrants. 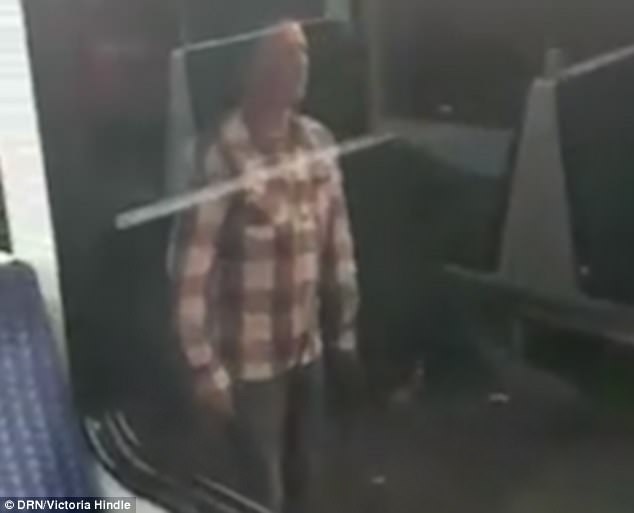 The man eventually left the tram, while continuing to hurl abuse at fellow passengers as they step out onto the platform

‘She said that they were coming to our country but wouldn’t let us go to theirs. They were really wanting to get the attention of the couple in front.

‘The man in the video then started shouting what are you looking at? So I said: ‘I’m looking at you being racist’.

‘The whole incident was quite scary. He was one of those people that are all mouth and I just wanted to film it to show people what he was doing.

‘It makes me angry that people can be so ignorant, but there were a few other people on the tram who didn’t say anything.

‘I can understand that it’s hard when people like that are shouting, it can be very intimidating but I think we all have to say something.’

A South Yorkshire Police spokesman told MailOnline: ‘We are aware of the incident and we are investigating. Incidents of this nature are taken extremely seriously.’

A Supertram spokesman said: ‘We have a zero tolerance of any racist behaviour on our services.’