A social media campaign has been launched to find a thug who broke into a field and stabbed a teenage girl’s beloved horse 15 times.

Horrific pictures have been shared online of 16-year-old Angel Reed’s horse, Kizzy, with around 30 wounds on its body.

It is believed the attacker sneaked into the beloved horse’s field at Down Barns Farm in Northolt, west London, on Tuesday night before stabbing and slicing the animal’s body and legs.

Brutal: A social media campaign has been launched to find a thug who broke into a field and stabbed a beloved horse, Kizzy (left), owned by Angel Reed (right), 16

Kizzy survived the attack but has been described as ‘in a bad way’, in shock and with swollen wounds.

Angel was ‘hysterical’ and ‘distraught’ when she found Kizzy, and her family fear that the 25-year-old horse might die of shock.

Mrs Reed, 44, said: ‘The vet came out again today and she is quite happy with her. But her leg is really really swollen.

‘She’s 25 and we were worried the shock would have killed her. 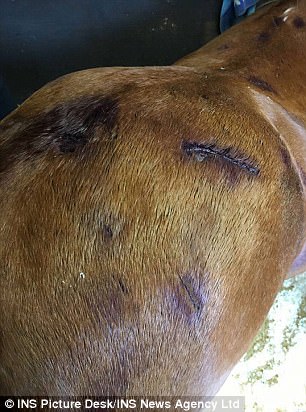 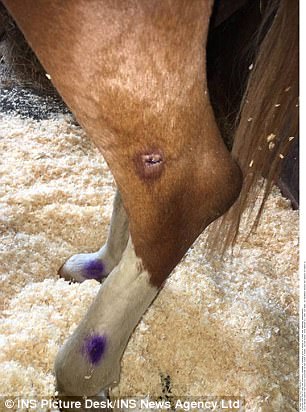 Horrific: Pictures were shared online of Kizzy’s wounds by her owner’s family, who hope to track down the culprit. The horse was slashed across the body, legs and face around 30 times 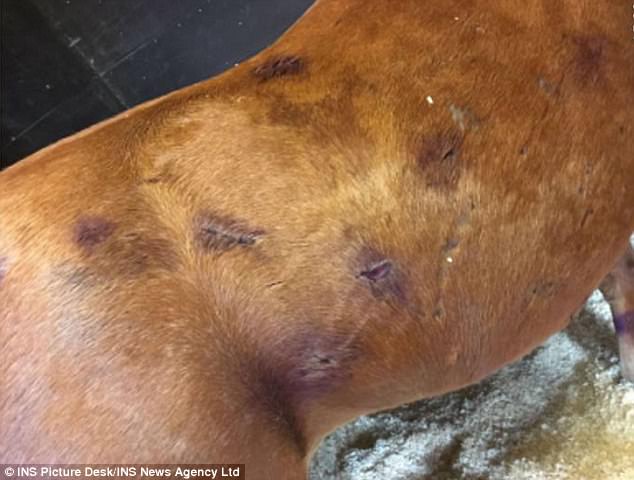 Shock: Kizzy survived the attack but has been described as ‘in a bad way’ with swollen wounds

‘She’s got about 30 wounds – the biggest is three to four inches long. You can see slices and stab wounds right across her face.’

When Angel first discovered the damage done to Kizzy on Wednesday morning, she was devastated.

Her mother said: ‘She was hysterical, she was so upset.’

MailOnline have contacted the Metropolitan Police for comment, who are investigating the incident of animal cruelty. 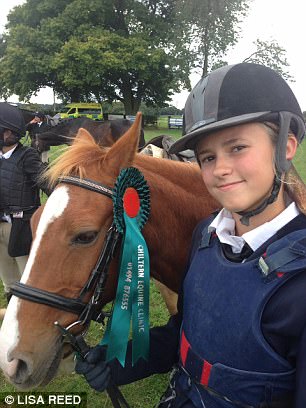 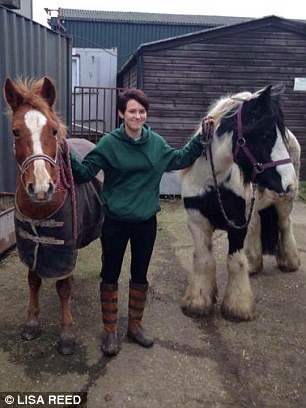 On Wednesday, Angel’s aunt Julie Radley posted photos of the attack on Facebook and said: ‘Please, if anyone can help or has seen anything regarding the violence on my niece’s horse last night. Some nasty b****** got into the field on the Old Ruislip Road, Northolt and done this [sic]. So sad that someone could do this to an innocent animal.’

More than 4,500 people have so far shared the post.

Facebook user Shelley Brogan said: ‘Disgusting! How can people do that to an innocent animal. I hope Angel’s alright, she must be so upset. I hope you guys catch them or someone else catches them and does the same back to them. Shame the horses didn’t kick them in the face or head.’

Ms Radley said Kizzy survived the attack and is ‘on the mend but still in shock.’

But fellow horse-lover Ashleigh Brooks said Kizzy is still ‘in a bad way’ and that her body was swollen from the attack. 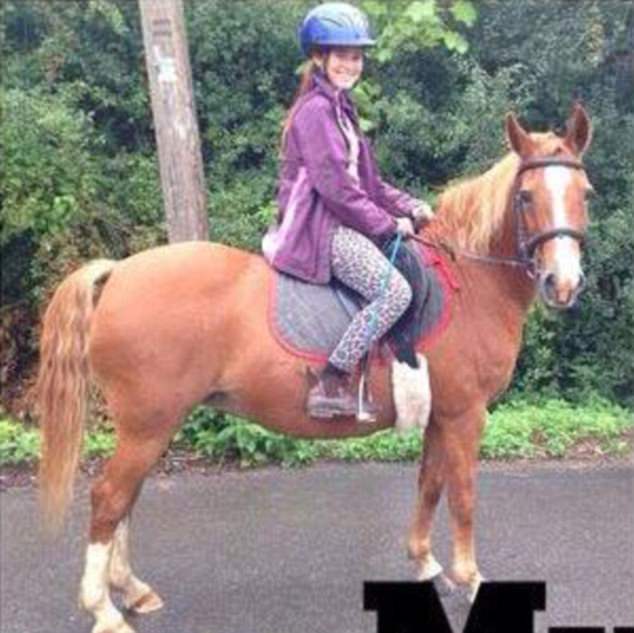 Although there is CCTV in the yard, there is none of the attacker, which means it is likely they entered the stable through the field

She wrote: ‘She is the oldest pony on the yard and very friendly. She was attacked by a vile person who had stabbed her 15 times, including straight down her face and backs of her ears.

‘She also has whelp marks to what look like have been from slashes of barbwire but not to know [sic] for certain. Her body is swollen from the beatings she took.

‘This disgusting person has to be found. She’s had the vet out twice and is being treated and police are involved.’

Although there is CCTV in the yard, there is none of the attacker, which means it is likely they entered the stable through the field.

Ms Brooks added: ‘One other horse had three small stabs. But the older pony is in quite a bad way, physically and mentally. 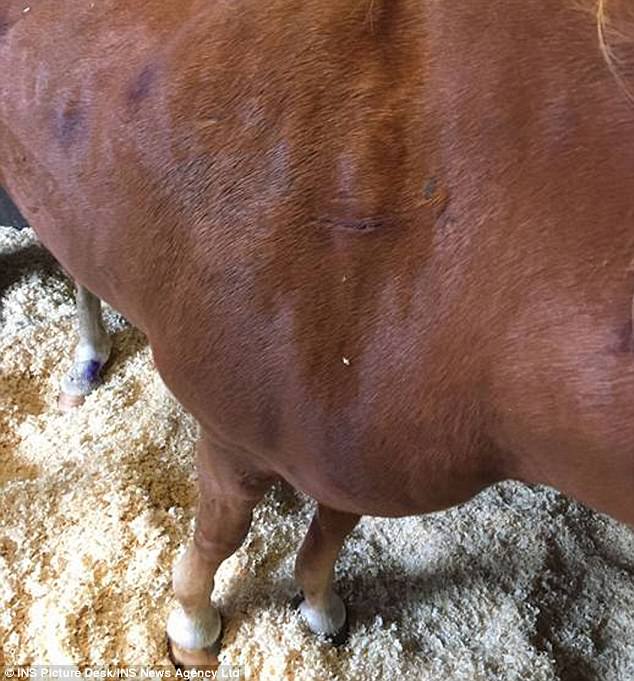 ‘This pony is owned by a young girl who is absolutely distraught.

‘She really wants to the word out and to find this horrid person.

Angel’s friends at the stables have sent letters out to the local area in a bid to find out what happened.