A woman in India with 31 fingers and toes is set to enter the Guinness World Records book – but says she has been branded a witch by superstitious neighbours.

Kumari Nayak, 63, was born with polydactylism which occurs when too many fingers and toes are formed in the womb during the sixth or seventh week of pregnancy.

The condition effects up to one in a thousand babies born worldwide but can often be corrected with surgery.

Kumari, from the village of Kadapada, in the Ganjam district of Odisha, has 19 toes and 12 fingers.

She beats the previous record holder, dad-of-two Devendra Suthar, 47, who has 14 toes and 14 fingers and lives in Gujarat, western India. He entered the record book in 2014.

Kumari Nayak, 63, was born with polydactylism which causes extra digits to grow in the womb 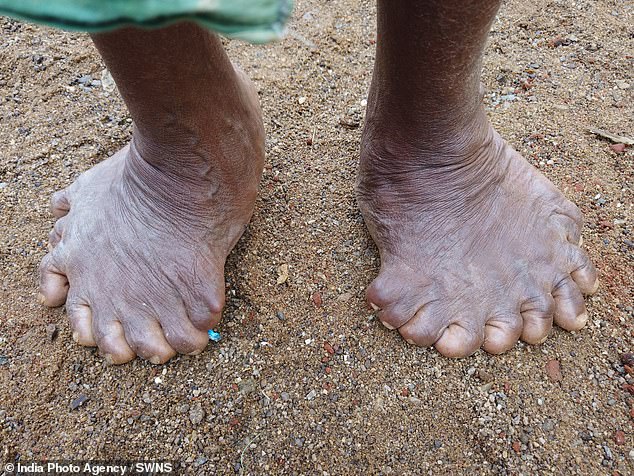 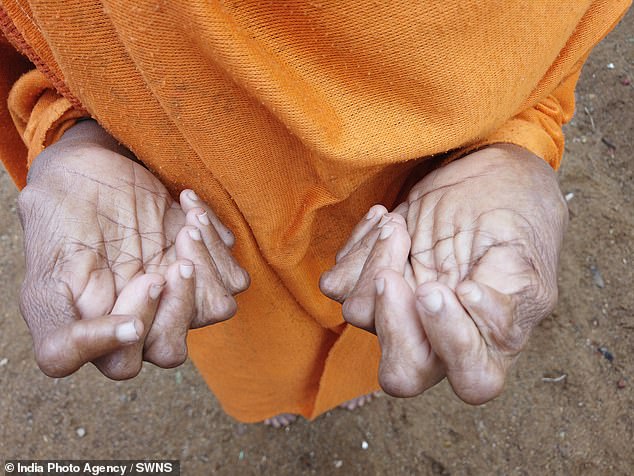 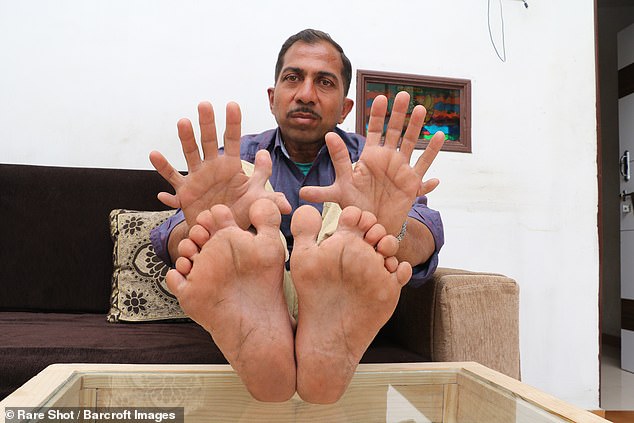 Kumari is set to replace Devendra Suthar (pictured) in the Guinness World Records book. Devendra, a 47-year-old dad-of-two from Gujarat, western India, has 28 fingers and toes

Kumari says she has been forced to hide herself away at home for most of her life because superstitious villagers think she’s a witch.

She said: ‘I was born with this defect and could not be treated because I belong to a poor family.

‘It has now been 63 years that I have had this condition. 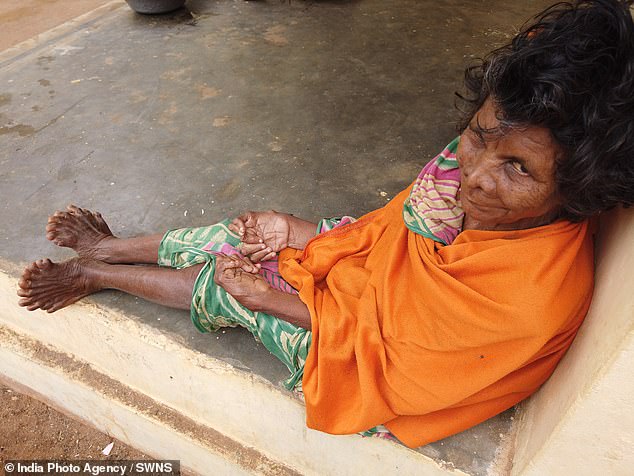 Polydactylism occurs randomly in around one in every 700-to-1,000 births worldwide 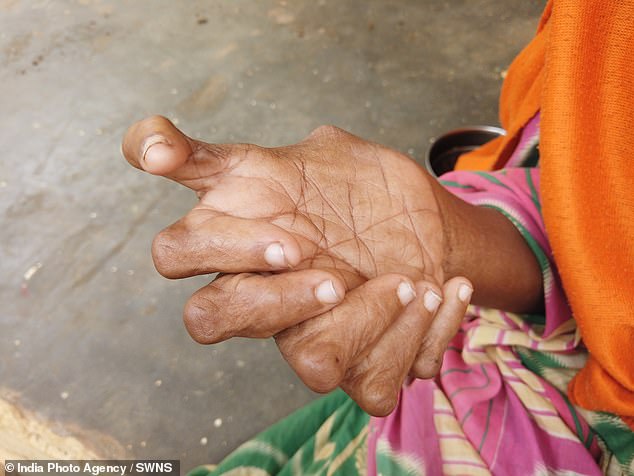 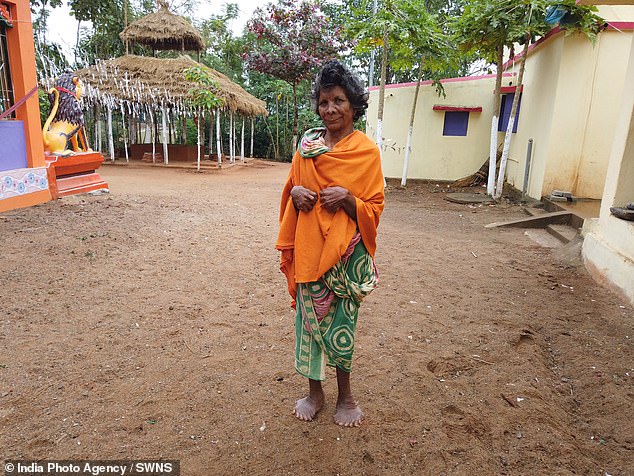 ‘The residents nearby, who are too much into blind faiths, believe that I am a witch and keep away from me. They sometimes come to see my condition – but never help.

‘I am forced to stay indoors as I am being treated differently which is not a nice way of treatment from my neighbours.’

One of her friends said: ‘This is a small village and people here are superstitious and so treat her like a witch. 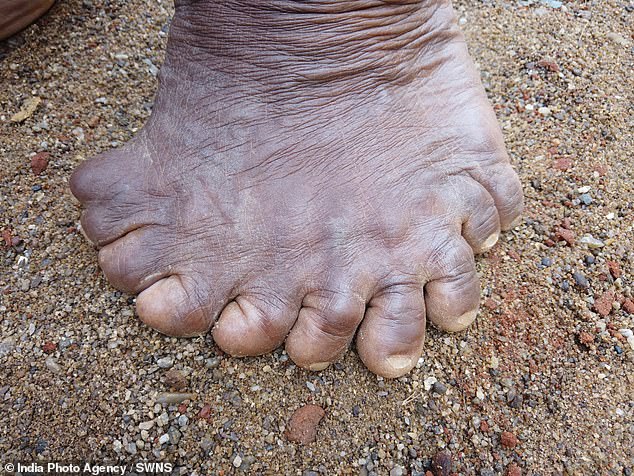 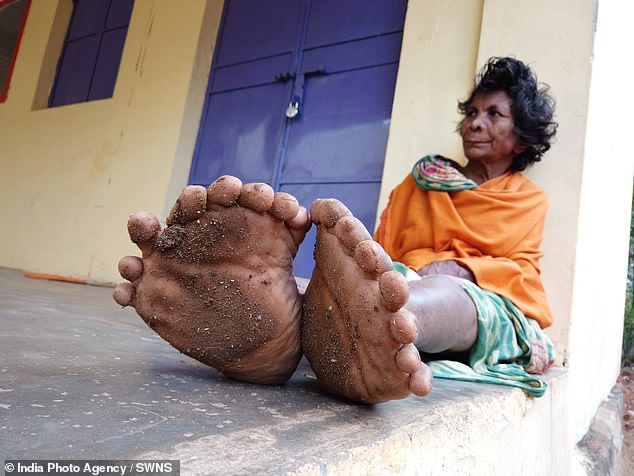 Polydactyly is a birth defect that occurs when a person is born with extra fingers or toes. It affects around one in every 700-to-1,000 births worldwide.

During the sixth or seventh week of pregnancy, a foetus’ ‘paddle hands and feet’ divide into fingers and toes. Polydactyly occurs when the ‘paddle’ splits too many times.

The extra digit(s) can range from a nubbin to a complete, working finger or toe.

Most of the time the finger or toe is smaller than the other digits and poorly formed. If fully formed, it will contain all the normal bone, blood vessels and nerves.

Polydactyly is thought to occur randomly but may have a genetic element or be linked to an underlying condition. The condition is usually spotted on an ultrasound scan.

Surgery to remove the extra digits usually occurs when a child is one or two years old. This should leave them with a hand or foot that functions, and looks, as normal. 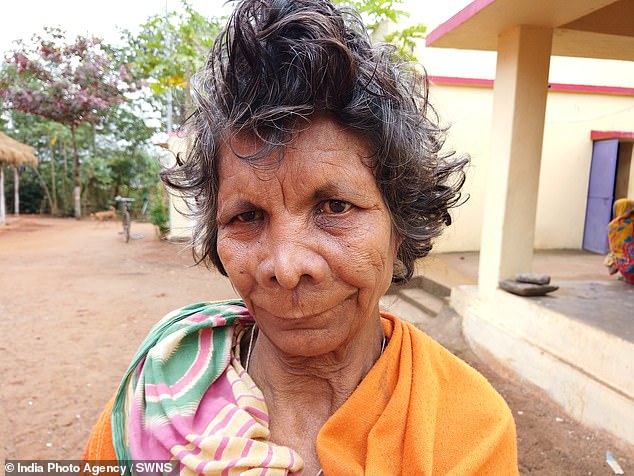 ‘I know that she has a medical problem and has nothing to do with what others believe her to be.

‘I feel so sorry for her that she cannot even afford to get herself treated.’

Govenment officials have offered her a home and a pension and are trying to spread awareness among her neighbours.

An administrative department spokesman said: ‘We are aware of her situation and have offered all possible helps.

‘We are also educating her neighbours to treat her with love and compassion and that she is not a witch.’ 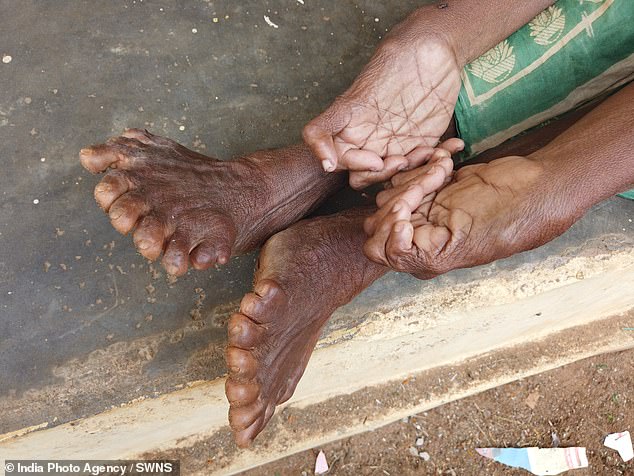 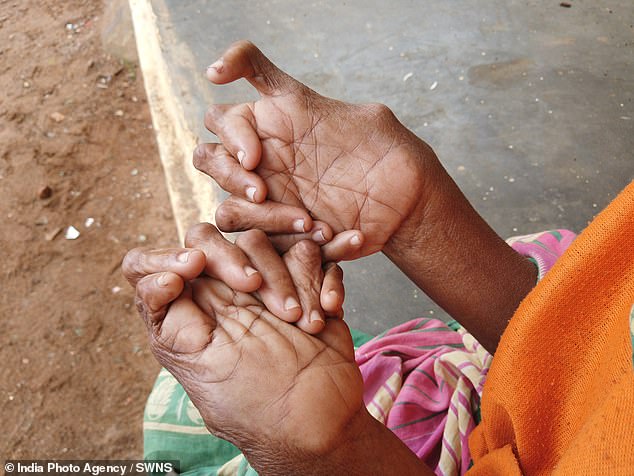 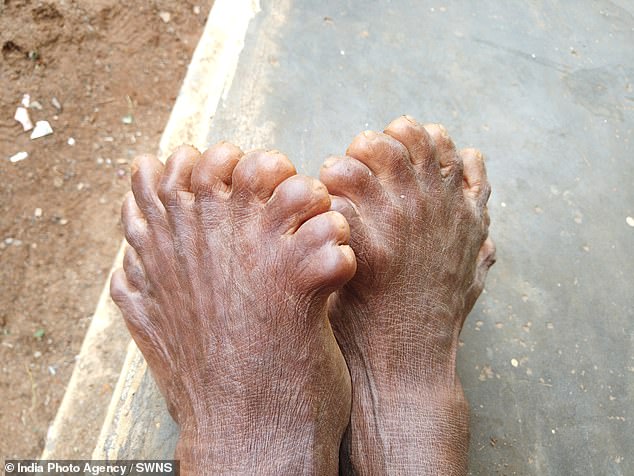