Tick bite put a fitness instructor in a wheelchair

Only four years ago, superfit Lorraine Murray had completed four Olympic-length triathlons, ran her own businesses and was raising two children.

But the ex-Army fitness instructor has been left housebound and needing a wheelchair after being infected with Lyme disease from a tick bite.

The 46-year-old, who believes she contracted the bacterial infection while walking her dog, said what began as flu symptoms soon spiralled into muscle spasms, dizziness and headaches.

At its height, Mrs Murray said she was sleeping 18 hours a day, felt permanently dizzy and had to give up her dog grooming business.

After several visits to her GP and hospital tests she was diagnosed with chronic fatigue syndrome. Convinced that was not the answer, she sought private treatment in the US and was finally given the bombshell diagnosis. 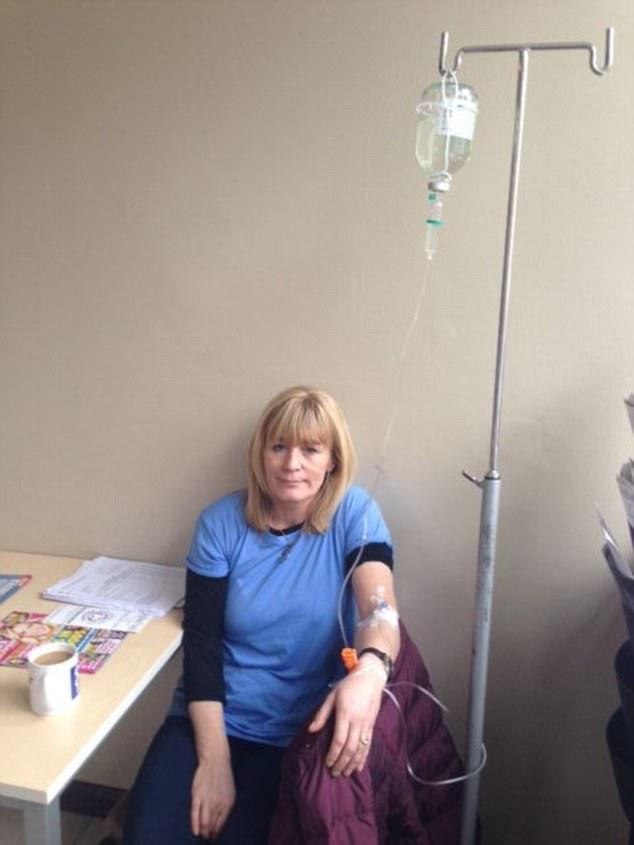 Four years ago, she completed four Olympic-length triathlons and  ran her own businesses 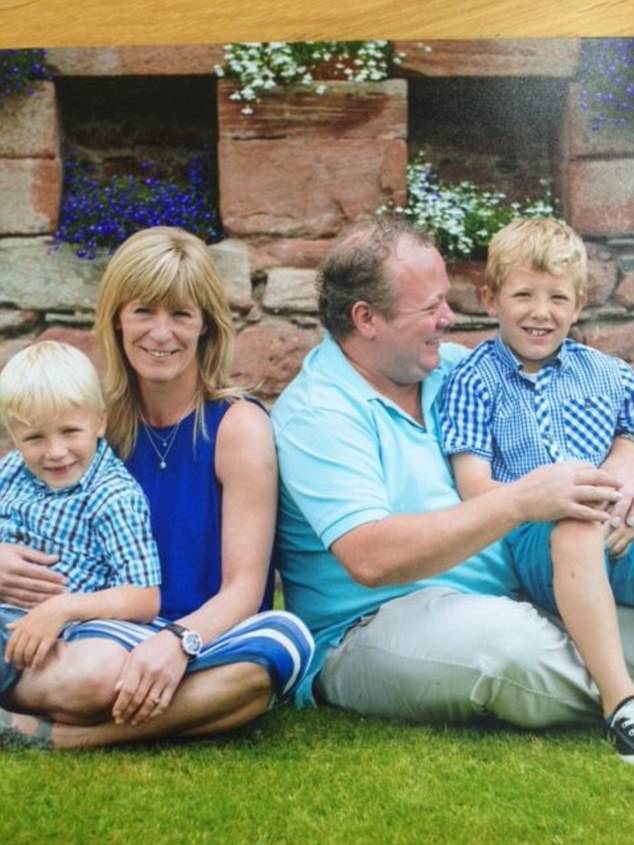 (pictured with her sons Macaulay, now 11, and ten-year-old James, and husband James, 47)

Lyme disease is caused by a bacteria and transmitted to humans by tick bites.

Signs of infection include a red, circular rash that spreads outwards.

Other early symptoms include headache, fever and fatigue.

The infection can spread to the eyes, joints, heart and brain.

If spotted early enough, it can be treated with antibiotics.

‘I thought I was going to die’

Mrs Murray, who is now on the road to recovery, is petitioning the Scottish Government for better services for Lyme disease patients.

Speaking from her home in Montrose, Angus, she said: ‘I went from running triathlons to not being able to walk. I knew something serious was wrong, I thought I was going to die.

‘It’s been no life. I was sensitive to noise and light, my muscles ached and I was tired all the time – even the effort of a shower would put me to sleep.

‘My GP kept telling me I had flu but I knew it was more than that.

‘The worst part is that I’ve been too tired to help my sons [Macaulay, 11, and ten-year-old James] with everyday things. 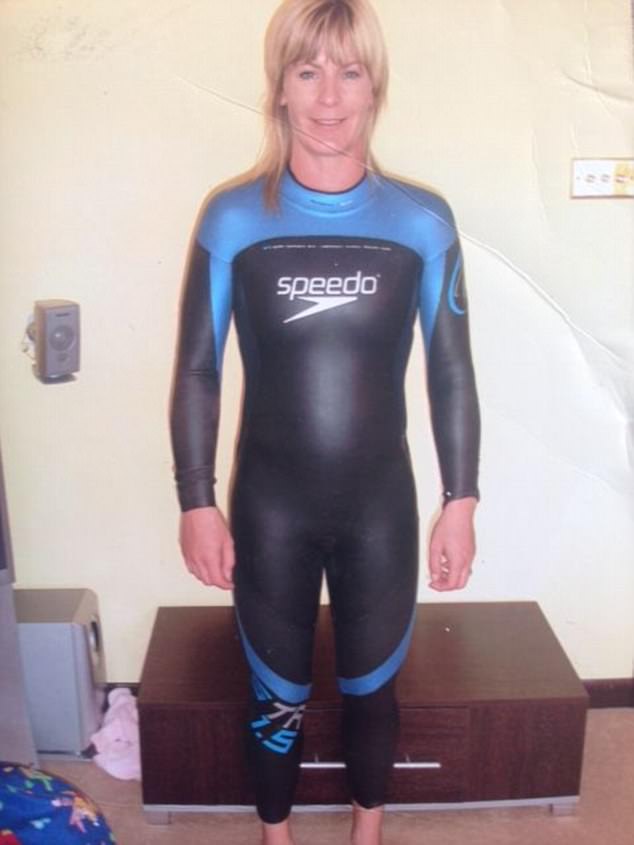 What began as flu symptoms soon spiralled into muscle spasms, dizziness and headaches 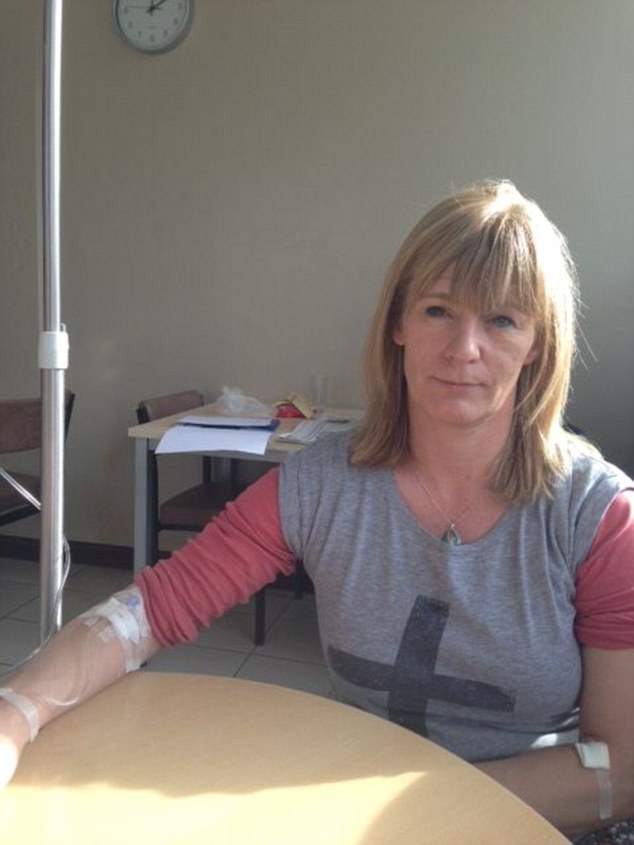 She was sleeping for 18 hours, always felt dizzy and had to give up her dog grooming business 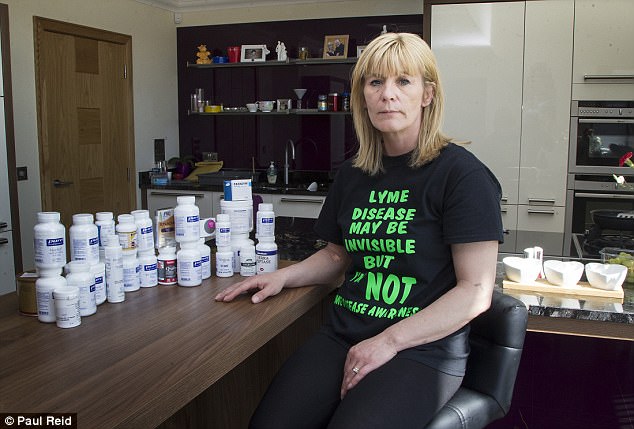 After numerous tests she was incorrectly diagnosed with chronic fatigue syndrome

Unable to move in hospital

Mrs Murray, who served in the Army for eight years, noticed she had been bitten by a tick in August 2014 after spotting a black speck on her skin while walking the family dog Jazz, a Hungarian Vizsla. She brushed it off and thought nothing more of it.

But two days later, during a trip to Edinburgh to celebrate her tenth wedding anniversary with husband James, 47, she felt unwell and spent four days in bed in her hotel room, unable to move.

Mrs Murray went to her GP several times, complaining of a stiff neck, exhaustion and aching muscles, and was told she had flu.

After nine months she began to suffer heart problems, feel dizzy and lose her balance, falling over in front of her children.

She underwent tests in hospital but was discharged the next day without a diagnosis. The illness continued for 18 months and Mrs Murray was diagnosed with chronic fatigue syndrome by her GP. But her lightbulb moment came after she watched a TV documentary about Lyme disease. 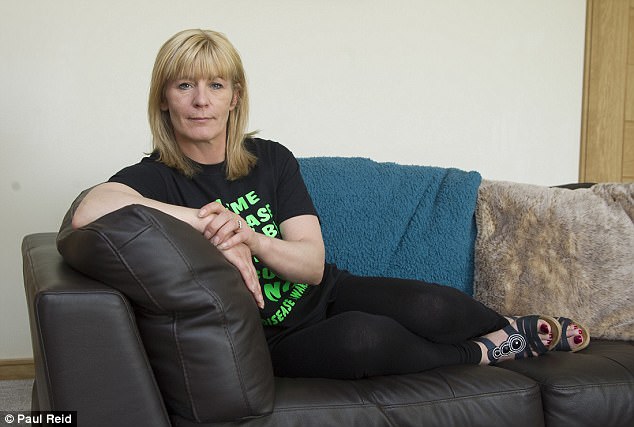 ‘I was sensitive to noise and light, my muscles ached – even a shower would put me to sleep’ 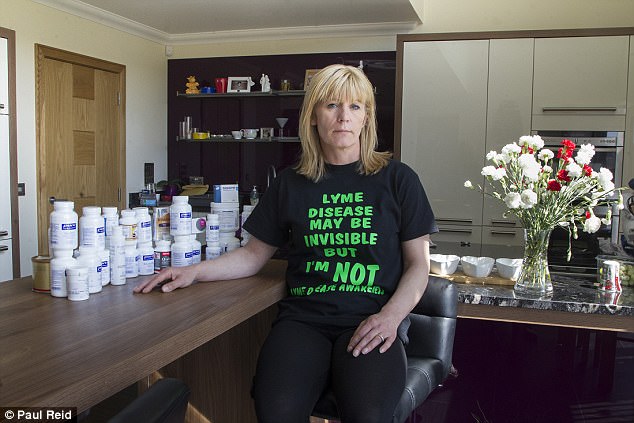 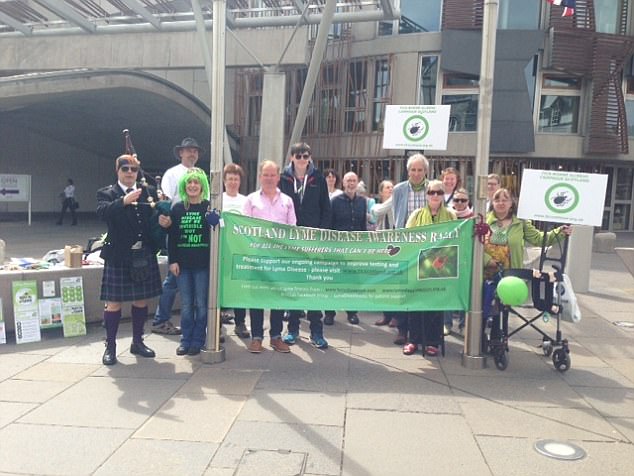 ‘I got ill because there was a delay in treatment’

Mrs Murray said: ‘My NHS Lyme disease test came back negative so I sourced a private clinic in Hemel Hempstead and the tests came back positive.

‘After that I decided to take it into my own hands and in January 2016 I paid for treatment in Washington where they give me antibiotics and herbal treatments.’

Mrs Murray, who founded the Tick-borne Illness Campaign Scotland, is petitioning for better treatment to stop Lyme disease being missed in other patients.

She added: ‘Lyme disease mimics lots of other illness so if someone thinks they have been bitten by a tick they should look out for recurring flu-like symptoms and prolonged exhaustion, and if you do suspect you have been infected go to your GP quickly.

‘I’m convinced the reason I got so ill was because there was a delay in treatment.’

The number of Scottish cases has soared from 28 in 2001 to 224 in 2015, with hotspots in the Highlands and Tayside. Some experts believe the explosion in tick numbers has arisen after farmers ended compulsory sheep dipping.

An NHS Tayside spokesman said: ‘Due to patient confidentiality we cannot comment on individual cases.

‘Lyme disease can be difficult to diagnose as blood tests can be negative in the weeks after exposure to an infected tick.’