Tierney happy at Celtic despite seeing Robertson in Champions League

Kieran Tierney insists he is living out his dream, despite watching Scotland team-mate Andy Robertson shine in the Champions League.

Robertson, Tierney’s main rival for the left-back spot at international level, was part of the Liverpool side that turned in a stunning performance to beat Roma 5-2 in the semi-finals of the Champions League on Tuesday night and has enjoyed a fine debut season at Anfield.

It could easily have been Tierney flourishing on that stage, with the Celtic man regularly linked with moves to some of the biggest sides in England after establishing himself as a key player at both domestic and international level at the age of just 20. 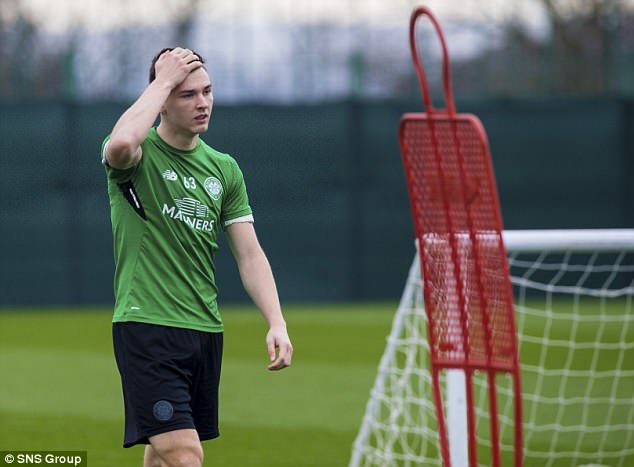 Instead he is happy to stay at Celtic, where he has yet to play in a knockout Champions League game and saw his side beaten in the last 32 of the Europa League, but he is not jealous of what Robertson has gone on the achieve.

‘It was a massive massive game,’ the boyhood Hoops fan said. ‘It’s a Champions League semi-final and he did brilliant.

‘It was a great performance from him and he’s been great this season, he deserves to be there, but for me when I was younger, it was Celtic.

‘If you want to play in the Champions League you play in it with Celtic and that’s just the way it has been for me.’ 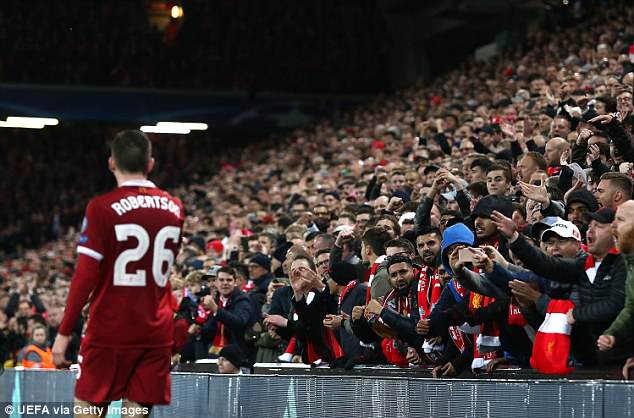 He added: ‘All I really think about is Celtic.’

On the pair’s relationship, he added: ‘He will message me after some big games if we win and I will message him as well. We know each other from the Scotland trips and he’s a Celtic fan as well!’

Although he has yet to really flourish in Europe, Tierney continues to perform on a regular basis at Parkhead and has found himself nominated for the SFA Young Player of the Year award having won it the previous two seasons.

Team-mate Scott Brown is up for the main award along with James Forrest, but it was the skipper who Tierney was full of praise for and is keen to learn off.

He said: ‘I voted Broony (for the club awards) just because of how much of a captain he is and how much of a leader he is. I think he is inspirational for Celtic. ‘What does he not do? He can do anything.

‘For me as a young player… he’s a role model and someone I really look up to.’

After missing the chance to claim a seventh successive Ladbrokes Premiership title against Hibernian last Sunday, Celtic have the chance to seal the league at home against Old Firm rivals Rangers on Sunday, just two weeks after thrashing them 4-0 in the Scottish Cup semi-final at Hampden.

But Tierney expects a different challenge this time around, and said: ‘It will be a tight game. The last two times at Celtic Park have been draws but the Hampden game we scored a few goals, but we know this will be hard.

‘They know what is at stake as well as we do and both teams will want to go out there and win.’