She’s one of the most sought-after comedians since her breakout in the 2017 film Girls Trip.

And on Friday, it was a busy day for Tiffany Haddish, as she made her way to Good Morning America in New York to promote her latest movie Nobody’s Fool.

The 38-year-old looked sensational in her attire, consisting of a patterned multicolored knee-length coat on top of her denim coverall jumpsuit.

Tiffany added a little vibrancy to her ensemble with the help of her rose handbag while her feet seemed comfortably fitted to walk through the streets of New York in beige colored knee-high boots.

The Night School actress was beaming with a smile on her face, and it’s not hard to tell why.

During the interview on Good Morning America, Tiffany revealed that her role in the forthcoming movie Nobody’s Fool was specifically written for her by its director and screenwriter Tyler Perry.

Chic: Tiffany added a little vibrancy to her ensemble with the help of her rose handbag while her feet seemed comfortably fitted to walk through the streets of New York in beige colored knee-high boots

‘I’m like, thank you,’ the funny woman said when asked what it’s like to receive a call from Perry about starring in one of his movies.

‘And I remember when I read it, I was, like, dying laughing, like, have you been meeting my family members?’ she shared during the televised conversation. 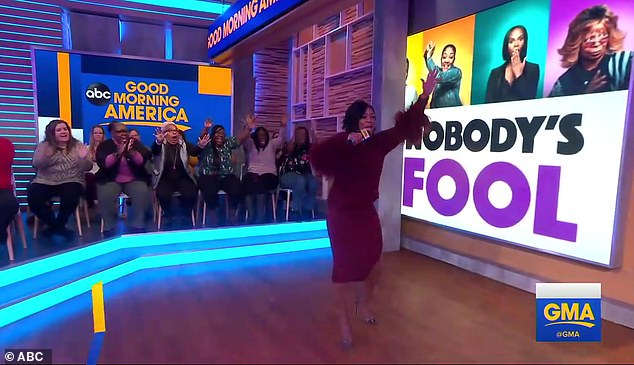 That’s quite an introduction: Tiffany made her entrance dancing to Ciara’s Level Up 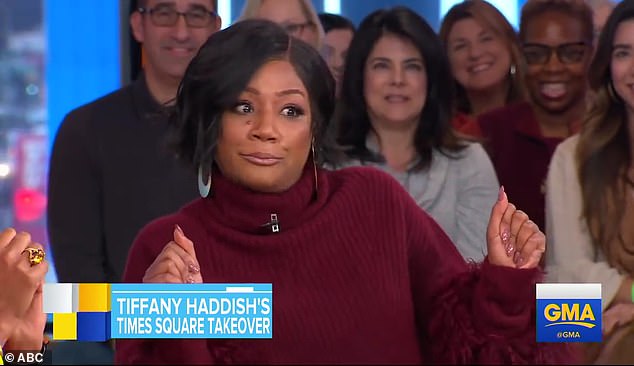 Humor: The funny woman had all sorts of jokes to share before discussing her new movie

The film is centered on a woman named Tanya (Haddish) who is fresh out of prison and attempts to rebuild connections with her loved ones.

One of them is with her sister Danica, who supports her sibling by taking her in.

But it’s not long before problems begin to arise after Tanya uncovers that Danica had been lured into a relationship by a man who is nothing from the person he claimed to be on his profile. 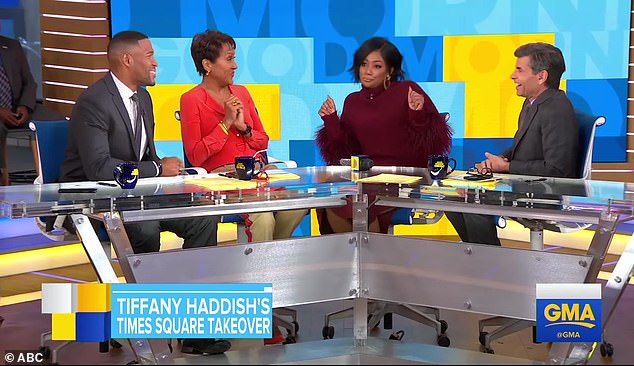 Surprise: GMA anchors seemed taken aback by Tiffany’s personality as she discussed landing the role of her new movie before going on to talk about her dating life 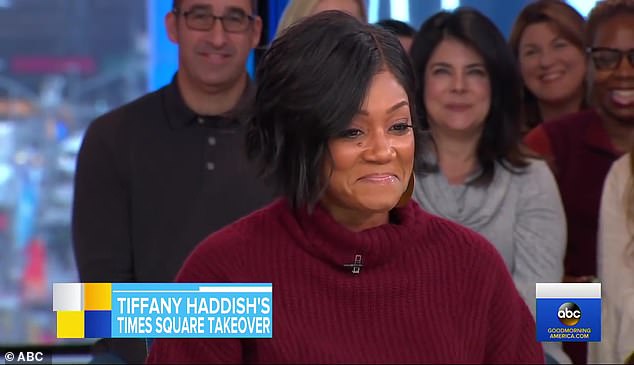 When co-host Michael Strahan questions the Keanu star on ways in which people can avoid being duped when looking for love over the internet, Tiffany tells the audience that they should simply go back to how it used to be done: meet face-to-face.

‘I’m not the biggest fan of internet dating because you don’t know what you’re getting,’ the 2018 MTV Movie and TV Awards host said.

‘I prefer to be, like, I like to do it like they do it in Bible time. Show up in the location; let’s meet somewhere at the bar.’ 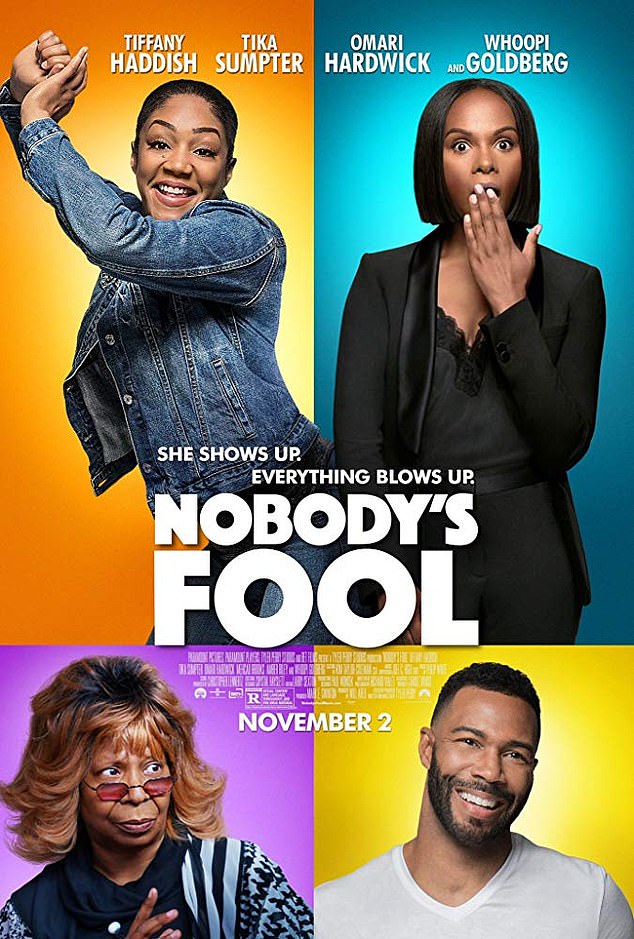 Tiffany continued by saying that she’d ideally want to find her man at a library ‘because I want to make sure I meet a man that knows how to read.’

On top of having the ability to read, she could also see herself going on a date at a funeral because that’s where men happen to be at their most vulnerable, she laughingly said.

‘It’s a perfect place to meet a man. And usually they got an inheritance.’

Her list went on to include everything from auctions and birthday parties – so long as it’s a public place where there’s a gathering.