She has been keeping a low profile since settling in to classes at Georgetown Law School in August, saying nothing on social media as states and US territories struggled to survive and recover from a spate of deadly hurricanes.

But Tiffany Trump broke her cyber silence on Saturday night – with a leggy photograph of herself.

The 23-year-old was slammed by followers for the ‘tone deaf’ post. Some labeled it ‘disgusting’ and told the student to ‘get down there and help’.

Followers slammed it as ‘tone deaf’ and ‘disgusting’

‘So Puerto Rico is in ruin and you post this. Get down there and help,’ another unimpressed follower commented.

An angrier follower deemed her ‘oblivious’, remarking: ‘Not an attack but letting her know this picture is tone deaf.’

Unlike many of her half-siblings and in-laws who use their social media accounts to push President Trump’s message and share their thoughts for disaster-struck zones, Tiffany reserves hers for vacation photos and throwback snaps.

She has taken a less active role in her father’s presidency than others in the family, attending just a handful of official events since he was inaugurated in January.

The president has been sharing regular updates and assessments of the situation in Puerto Rico after Hurricane Maria.

Among his tweets on the subject are criticisms of local mayor Carmen Cruz who publicly begged him to send more aid during an emotional press conference on Friday.

Trump, who has promised to do whatever it takes until the people on the island are safe, accused her of ‘bad leadership’ and said she conspired with Democrats to go on television and criticize him. 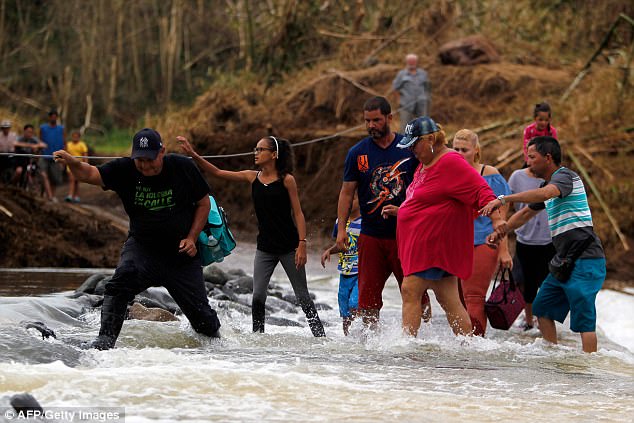 The population in Puerto Rico continues to struggle after the devastation caused by Hurricane Maria. Above, a family crosses a river using a rope to guide them where there once stood a bridge 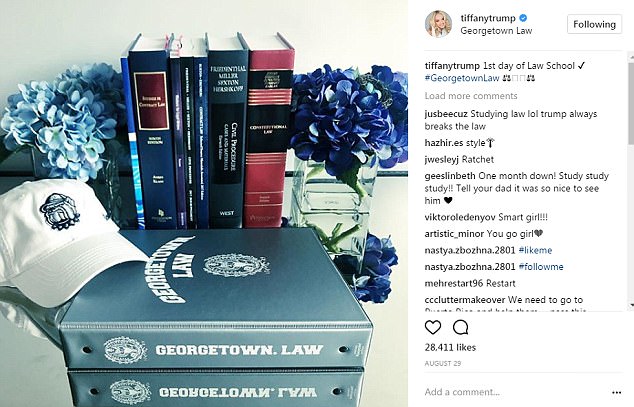 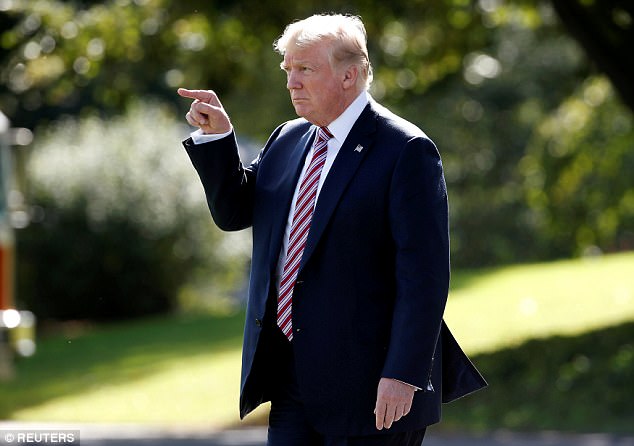 Other members of the Trump clan have been consistent in their well wishes for the island’s population.

Ivanka Trump has tweeted on the subject several times in the past week. Eric Trump and Donald Trump Jr. have shared their father’s positive messages on the hurricane relief effort as has Lara Trump, the former’s wife who recently welcomed their first son.

President Trump will visit Puerto Rico next week for the first time since Maria hit.

The Category 4 hurricane caused unfathomable damage on the island and thousands remain without power and with dwindling supplies.

Tiffany’s post on Saturday came as the president was engulfed in mounting public fury over his response to it and of his comments about Cruz.

A slew of Hollywood stars shared their condemnation of his comments about Cruz including Jennifer Lopez and Lady Gaga. 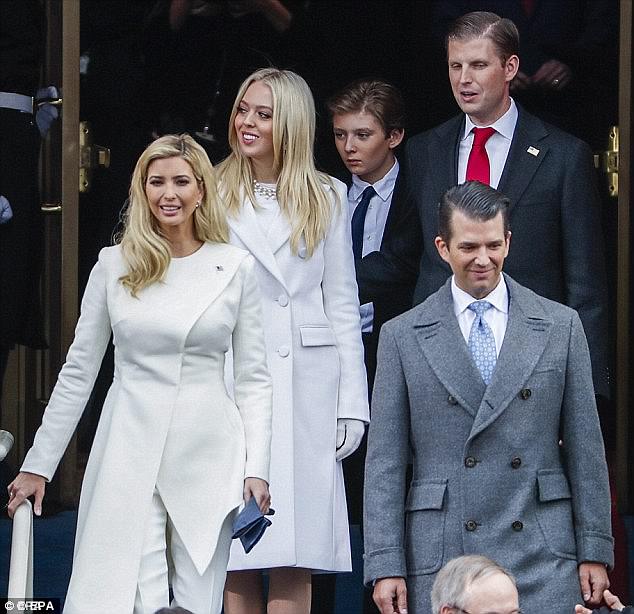