An innocent tiger cub was the last thing cops were expecting to find when they searched the SUV of a couple that was pulled over in the central Mexican state of Querétaro this week.

The cops became suspicious of the couple due to their aggressive behavior while they were being questioned on the side of a highway in the Querétaro city of El Marqués, the municipality’s Secretariat of Public Security and Transit said Tuesday.

The couple, identified as Manuel and Orfelia, attempted to flee, but the cops blocked their path and placed them into custody.

The cops went on to do an inspection of the vehicle and discovered the feline with a leash attached to its collar hidden behind a designer bag.

A police officer discovers a tiger cub while searching the vehicle of a couple that attempted to flee a traffic stop in Querétaro, Mexico, this week. The cops also recovered four guns and ammunition 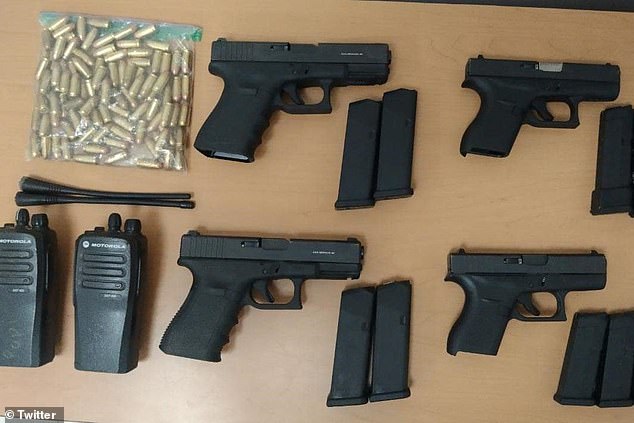 Guns, radios and ammunition seized by police from a couple in Mexico that also had a tiger cub hidden in the trunk of their SUV

The agents continued to search the SUV and recovered four guns and 98 rounds of ammunition.

The couple were arrested on charges of illegal firearm possession and for failing to provide legal ownership of the wildlife animal.

The defendants were turned over to the Querétaro State Attorney General’s Office as part of the investigation. 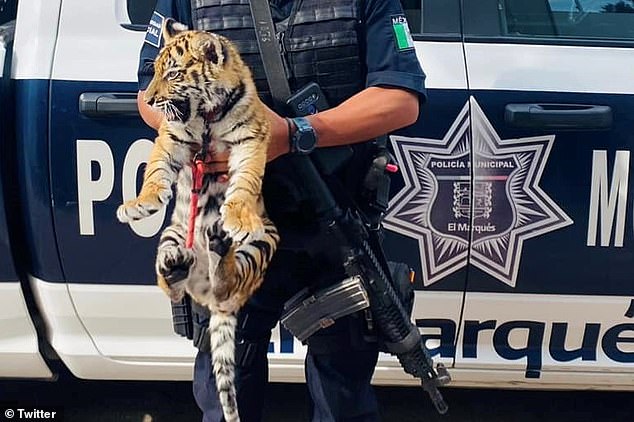 A cop in El Marqués, Mexico, carries a tiger cub that was found in the trunk of a vehicle during a traffic stop this week 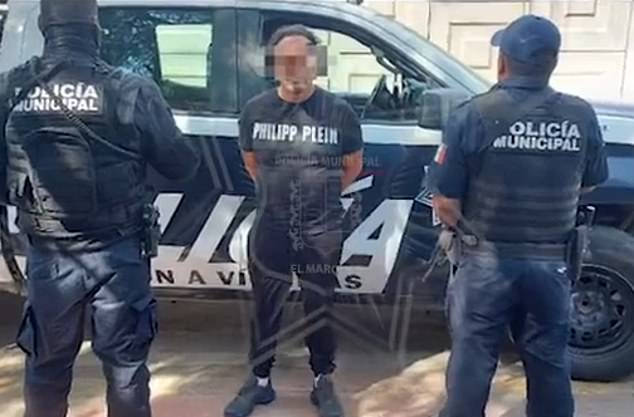 Police said one of the two suspects, Manuel (center), is facing two counts of illegal possession of a wildlife animal and weapons 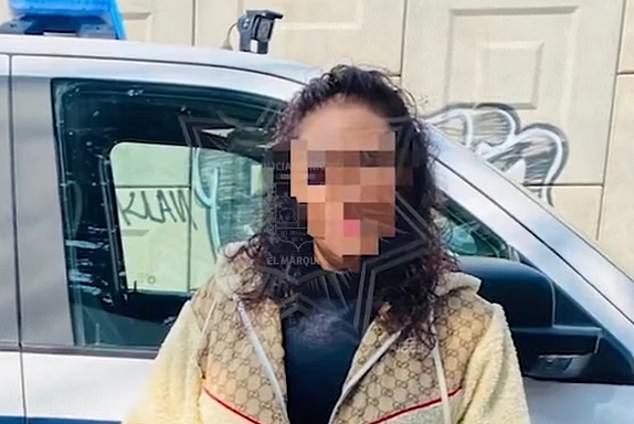 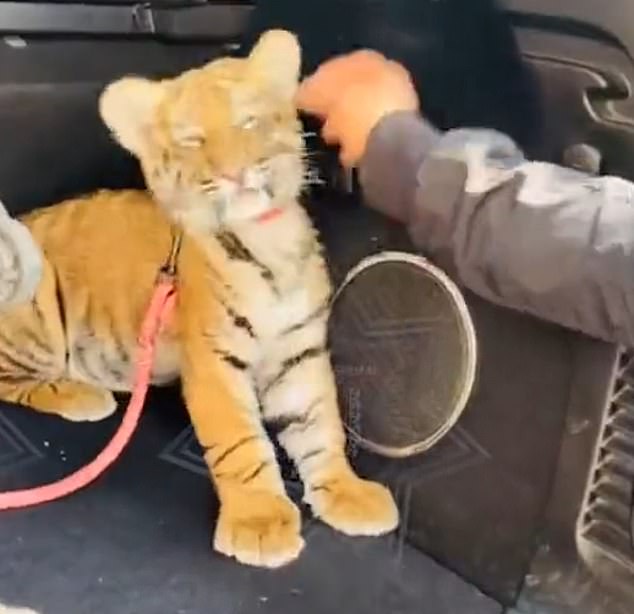 However, Melissa Vargas, a Chamber of Deputies member who represents the central city of Toluca, introduced a bill in April that outlawed the ownership of wildlife animals. The bill was approved 463 to 0 votes with one abstention.

Vargas told DailyMail.com during an interview in June that the bill was also meant to target criminal organizations that constantly smuggle wildlife animals into the country and sold on the black market for as little as $25.

‘At the start the (COVID-19) pandemic, animal trafficking began to increase, especially large wild cats, Bengal tigers, panthers, that is, animals that should be in the wild,’ Vargas explained.

‘But through the internet it is very easy to get a lion cub, a tiger cub, because it has become a status fad, but more so with the growth of organized crime in Mexico, because many of these drug trafficking groups have these (animals) for security purposes or status.’