Tiger Safaris in India: A Guide to Seeing the Bengal Tiger 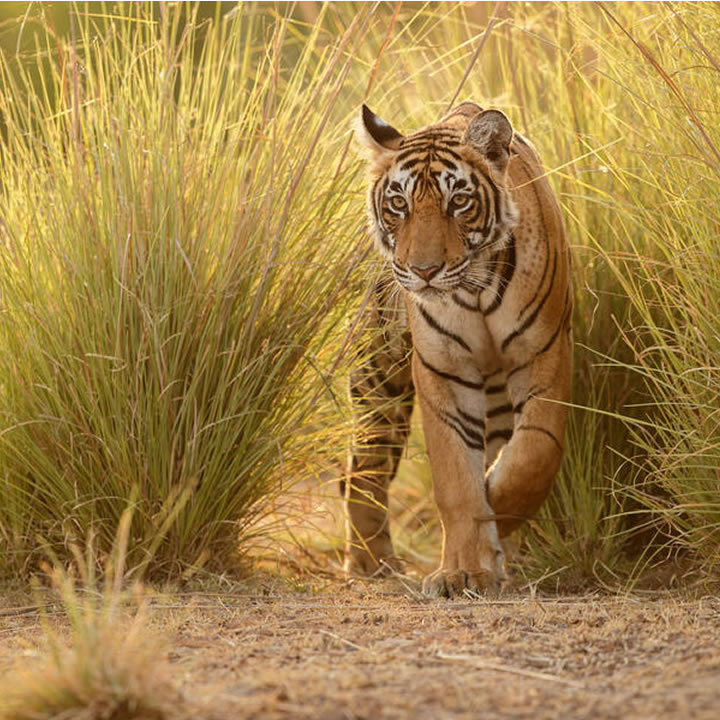 The Bengal Tiger is a marvel of a being. The beauty and the elegance of a tiger are quite mesmerizing and enticing to watch. The Royal Bengal Tiger, which is spotted exclusively in India, is one of the best species of the tiger with a bigger and heavier structure and velvety fur coat with pronounced stripes on their bodies.

Tiger Safaris in India is hugely popular for the very same reason. Tiger Safari is an ethereal experience one can indulge in spotting tigers in their natural habitat. It is one of the best surreal experiences for a wildlife enthusiast as you may capture the mighty beast in the wilderness in all its glory. If you are looking for a guide to seeing the Bengal Tiger, A Tiger Safari is the right way to go about it.

India is not just a land of vast human population but is also abundantly blessed with thick and lush forests and wildlife parallel to no other country in Asia. Tigers fall under the heavily endangered spotlight and need protection from poaching and the elements of nature that are threatening their existence. The ever-evolving population of humans started to interact with the forest lands as people required more space and encroached into forest areas. This ended up in human-tiger interaction, which was unpleasant for both parties. Many tigers were killed for hunting farm animals, poached for their fur and teeth, and hunted for a hobby.

This led to the Project Tiger Act 1973, an initiative by the Government of India to curb the attack on these beings and to protect their endangered status in wildlife. The government subdivided its national parks and wildlife sanctuaries to create Tiger Reserves to provide exclusive Tiger corridors for tigers to roam freely and mate in their own unhindered manner. This had resulted in a boom in the tiger population, and more than 33% of the tiger population was recorded when the act was placed in order in 1973.

Tiger safaris are one of the most adventurous ways to explore the wildlife in a National Park or in a wildlife sanctuary. Tiger Reserves in India offer exclusive Tiger Safaris in collaboration with the National Park the reserve is situated in. You can enjoy tiger safaris in Jeeps or wagons that have protective shielding all around, which protects the tourists inside. They often have transparent windows or sheets that can be rolled up or down to view the animals.

Tiger Safaris are conducted by trained and certified tour guides who can help you in spotting tigers on the safari. But booking a tiger safari is in no way a guarantee to seeing a tiger. Tigers are very discreet predators and often dwell in the innermost thick forests and rarely ever come to the tracks where the jeeps are allowed to travel by.

But they do come out to hunt or in search of water. The chances of spotting a tiger inside the jungle are much higher, but there are many restrictions with regards to the safety of the tourists and for the ecological protection of the habitat of the tigers. Because of these reasons, there are set roadways where your tour guide is allowed to take you, and if you are lucky, you may spot a tiger or two.

There are around 51 tiger reserves in India. Most of them have a good amount of tigers that can be spotted in a Tiger Safari. Tiger Safaris in India is one of the best due to the population of tigers being high in many of these Tiger reserves. This improves your chances of spotting a tiger in its true blue habitat. Below are some of the best Tiger Reserves in India that offer Tiger safaris:

Jim Corbett National Park is situated in the Nainital District of Uttarakhand and has the most number of tigers in the world.

Bandhavgarh National Park is situated in Madhya Pradesh and has one of the biggest Forest areas.

Kanha National Park is situated between Madhya Pradesh and Maharashtra and is the inspiration behind the famous ‘ The Jungle Book’ by Rudyard Kipling.

Mudumalai and Bandipur Tiger Reserves are situated in the Nilgiri Biosphere Reserve in Karnataka and have a very good population of tigers throughout the year.

Ranthambore National Park is situated in Rajasthan around an old imperial fort—this national park has a huge landmass with a wide variety of fauna.