Padraig Harrington has claimed Tiger Woods is not done with winning majors just yet, despite the icon’s injury woes.

Woods has only made three competitive appearances so far this year with all of them coming at majors after he made his spectacular return to the course 14 months after his horror car crash.

As the golf legend continues to struggle with the injuries he sustained in the accident, he recently hinted that he may only play golf’s most prestigious events next year too. 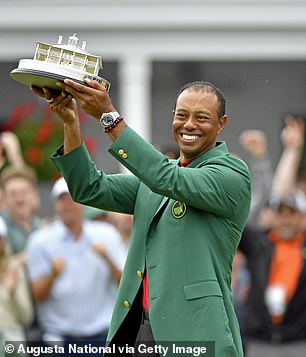 However, Harrington believes that might be all Woods needs to be victorious again as he claimed the 15-time major champion can win another if he can just get to the final nine holes.

‘If you’ve gotten in contention with nine holes to go, he’s going to be there,’ Harrington said at the Ritz-Carlton Golf Club in advance of this weekend’s PNC Championship, where Woods is competing with his son, Charlie. ‘The resilience is there. Everything about him. So I wouldn’t be second-guessing that part.

‘He’s struggling to walk. Tiger, if you can get him to the last nine holes of a tournament, I don’t think you’re going to have a problem. 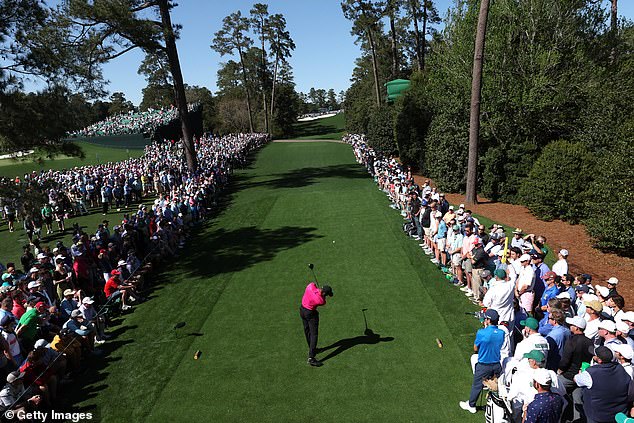 ‘And he looked good physically. He looked better at that match. I’m not saying he “could be,” I actually believe he will be a danger. I think he’ll win another major. I genuinely think he will be in contention. I’m sure he wishes every tournament he could play, if it’s like a major, he’s going to have a chance.’

‘You’d never run Tiger off,’ Harrington said, drawing from the two hours he watched Woods play in a 10-hole made-for-TV exhibition last weekend. ‘But I actually think he might be … in a better place than I had thought.

‘There’s two things that make a golfer – how talented they are and how resilient they are,’ Harrington added Thursday after storms washed out the PNC Championship pro-am. 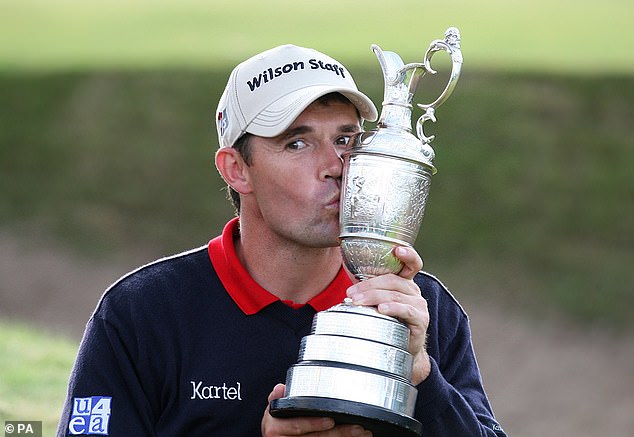 ‘So I would never doubt.’

What inspired him from watching 10 holes in the match last week was the speed Woods showed in his swing, which he thought was enough power to keep up with today’s generation and to at least get him to the back nine.

‘The little bit of extra speed will help him because in the first 63 holes … you know, who would want to be coming down the stretch against Tiger?’ Harrington said. ‘You know he’s capable of doing anything at that stage. I think he’s in a better position to get himself into that last nine holes.’

Harrington’s beliefs wildly differed from Colin Montgomerie’s as the Scot claimed Woods should have retired at The Open in July. 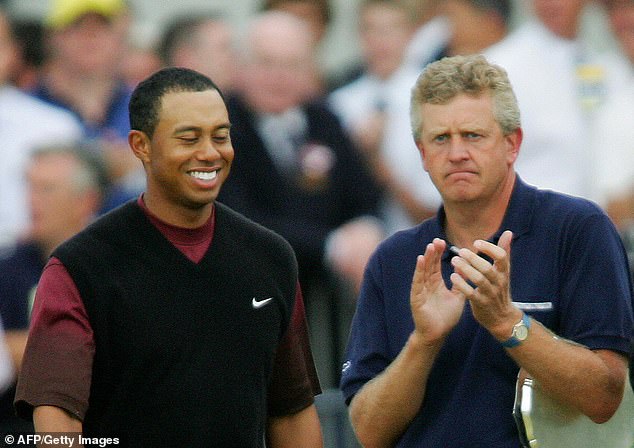 Woods’s former rival claimed his walk up the 18th at St. Andrews was the perfect moment for the 15-time major champion to bring the curtain down on his glittering career.

‘That was the time,’ Montgomerie told golf website Bunkered. ‘Stand on that bridge, start waving, and everyone goes, ‘So, is that it?’ Yeah, it is. It would have been a glorious way to go.

‘The stands were full, the world’s TV cameras – from all continents – were on him, he’s walking up there on his own, tears were in his eyes, obviously, you can’t beat that walk. 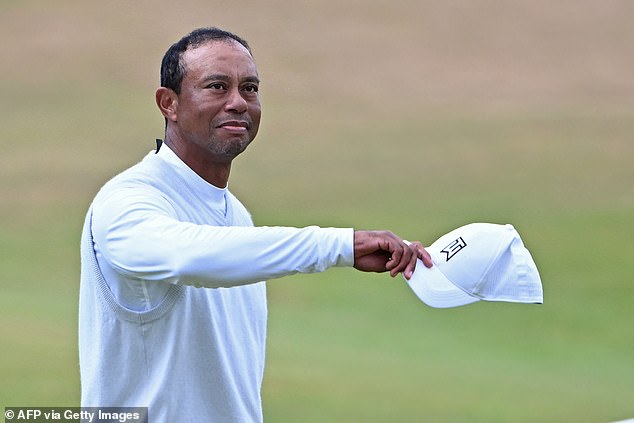 ‘I’ve done it myself. When the stands are full, you cannot beat that walk. … I tell you what, that is a special, special arena. It’s a theatre. That was the time for Tiger to say, ‘OK, I bow out.’

‘Why go on? Go out at the top,’ Montgomerie added. ‘It’s something that very few can do.’

Woods was involved in a single-car crash in February 2021, which left him with serious injuries to his right leg and left doctors thinking it might have to be amputated, according to Woods.

He made the cut at both the Masters and the PGA Championship but was forced to withdraw from the latter after the third round as he struggled with his injuries.

Woods missed the cut by nine shots at The Open but his walk up the infamous 18th fairway was still an iconic scene. 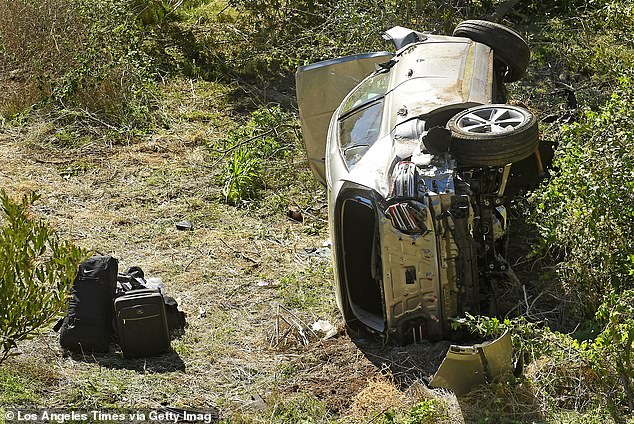 He was in a single-car crash in February 2021, which left him with serious injuries to his leg

At the end of his second round, while he did not stop on the famed Swilcan Bridge, he did lift his cap in acknowledgement of the fans and their standing ovation.

Woods was also slated to play in the Hero World Challenge, an event which he hosted in the Bahamas at the beginning of the month, but withdrew the Monday before, citing plantar fasciitis.

He is also set to tee it up at the PNC Championship this weekend with his son Charlie, 13, in their third appearance at the event.