Team Europe captain Thomas Bjorn has admitted Tiger Woods’ Tour Championship victory over the weekend will only add to the excitement building ahead of this year’s Ryder Cup.

Woods completed one of the most remarkable sporting comebacks by claiming the season-ending tournament on Sunday night – his first title since 2013 – after a sensational display in Georgia.

It came just days before Woods will compete for Team USA at the Ryder Cup and despite being on the opposite side, Bjorn believes the sport can only benefit from the American’s return to the winners’ circle. 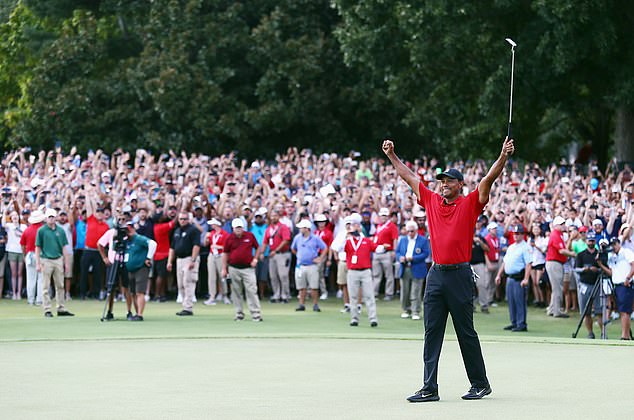 ‘I spent 25 years playing golf with Tiger Woods and any time he does anything great that’s the story.

‘We want to see him at the top of his game as he does so much for the game of golf. It was great for the greater aspect of the game.

‘Coming into this week these are the best 24 players in the world, this tournament is what it is, it is 12 against 12 and that is what we are looking forward to.’ 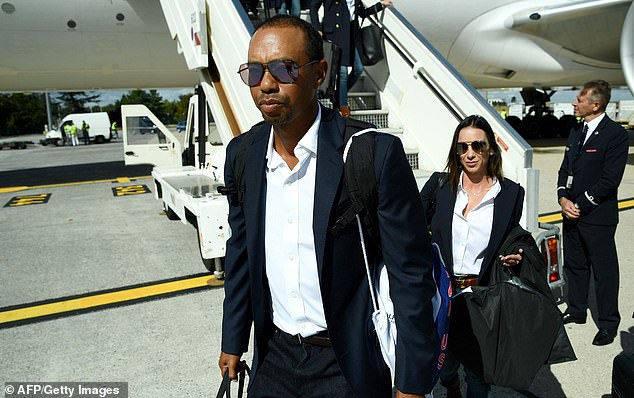 ‘Tiger winning tournaments again is brilliant and we all benefit from it. The game of golf needs that boost from someone like him who transcends the game.’

Jim Furyk, who will captain Team USA at the Biennial event, insisted it has also uplifted his men ahead of the start of the tournament.

He added added: ‘Woods has played really well all year, knocking on the door at two majors. It is a nice buzz for our team. 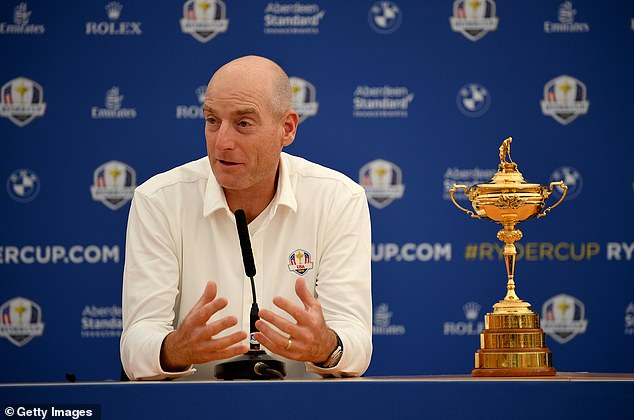 Woods and Co touched down at the Charles de Gaulle airport in Paris this afternoon with the practice rounds kicking-off at Le Golf National on Tuesday, before the real action gets underway on Friday morning.

USA Captain Furyk is not expecting a hostile reception when they attempt to retain the Ryder Cup with a first victory on European soil for 25 years.

Rory McIlroy bore the brunt of the heckling over the first two days of competition at Hazeltine in 2016, ultimately having to ask for one man to be removed after he hurled abuse at him during Saturday’s afternoon fourballs.

American players and vice-captains attempted to maintain order during matches and messages were posted on scoreboards on the first tee asking spectators to report unruly behaviour to officials. 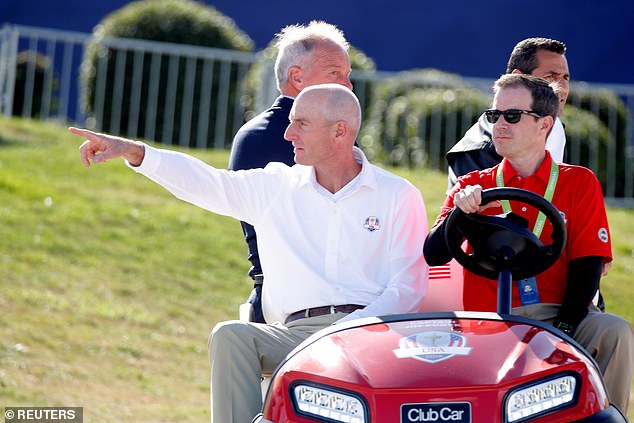 Furyk conceded a number of fans were ‘unruly’ at Hazeltine but is not expecting to receive the same treatment at Le Golf National on the outskirts of Paris when the biennial contest gets under way on Friday.

‘Do I think we’re in for a hostile reception? No I don’t,’ Furyk said in a joint press conference with Europe captain Thomas Bjorn. ‘There were some fans that were unruly at Hazeltine. We did the best we could to remove some of those fans.

‘I think the majority of the fans were there cheering for their side and that’s what I would expect to see. I’ve always admired the European crowd, the way that they band together and can be louder as one with the songs, the chants.

‘I know they will be loud, they will be boisterous. That’s definitely an obstacle. It’s part of that home advantage that Europe will have this week and that’s something my players have to respect but hopefully they enjoy. Hopefully they thrive on that.’ 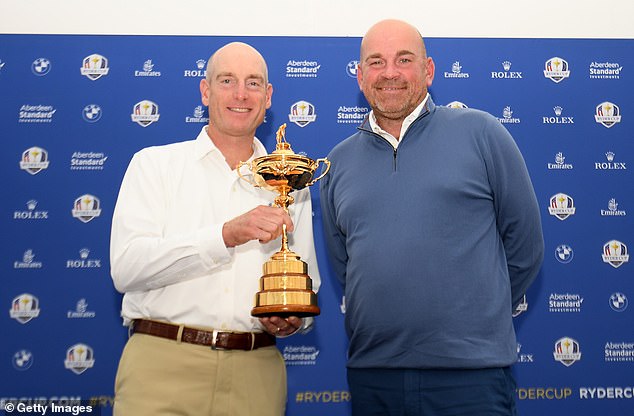