A TikTok mum has issued a powerful message to parents about the importance of being mindful of children’s feelings when handing out party invites.

A new trend sweeping across the video platform has seen thousands of young adults open up about the pain they experienced as kids being left out of group activities.

The heartbreaking stories include a former foster child who was teased for bringing trash bags of clothes to school as she was shuffled between homes, while another woman shared a photo of her as a child, devastated after missing out on birthday invitations.

In response, American mother Jess Martini has spoken out about the issue, calling on adults to tread carefully when planning events for children.

Thousands of young adults have shared their experiences of being left out of social events as children as part of a heartbreaking trend sweeping across TikTok. One woman (pictured) said she was always left out when kids handed out birthday invitations

‘This is why I always say if you are going to bring party invitations to the classroom you need to bring enough for every student,’ she said in a video posted on TikTok.

‘And if you don’t want to invite every kid in the classroom to the party, that’s fine – but you need to find a different time to pass out the invitations.’

Ms Martini said kids who are socially isolated by their peers also tend to be ones already enduring personal battles.

‘Because most often or not, they are the kids with the really hard home lives, the developmental delays and disabilities.’

Ms Martini said she rejected suggestions online that children need to learn they will not always be included.

‘I don’t know how many comments I have seen saying “Kids need to learn life is not fair” – some kids got handed that lesson at birth,’ she said. 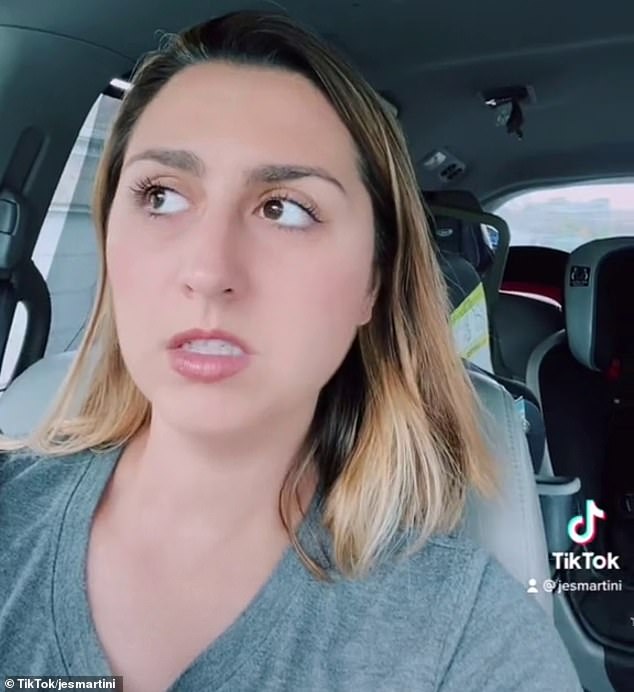 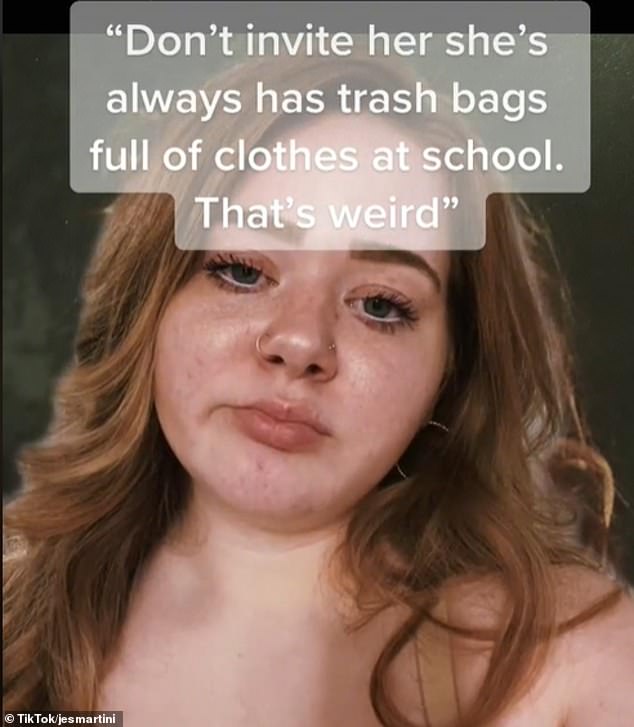 Ms Martini said kids who are socially isolated by their peers also tend to be ones already enduring personal battles. Pictured: A video posted on TikTok by a former foster child who reported being left out as a kid because her circumstances made her different

‘And all you are doing with those party invitations is rubbing salt in that wound. It is just one more thing that they know they are not apart of. One more experience they are missing out on.

‘If your child is learning that life is not fair through a party invitation, that tells me your kid has a pretty good life.’

Ms Martini, who boasts more than 268,500 followers on her account @Jesmartini, said parents should make an effort to ensure child who are typically left out feel included while visiting their home.

The viral video has racked up more than 13,000 likes, with hundreds sharing personal experiences and praising the mother for delivering an emotional truth.

‘My mom was one of those kids, she broke the cycle with me: I invited the whole class. I remember being mad, but I grew up better for it!’ one woman wrote.

‘My youngest literally has never been invited to a party because his ADHD and autism is so severe they don’t like having him around,’ another mother added.

‘We don’t need to teach kids the hard lessons the world has already taught them. Kindness and empathy FTW!’ someone else commented.

‘Yes! Truth! I love this. Kindness and inclusion,’ a fourth said.