Tim Allen’s reborn sitcom, Last Man Standing proved Fox was right to give it a second chance on Friday night after its first episode became the network’s most watched comedy on any night in seven years.

The show centers on a family of women and a father (played by Allen) who tries to retain his manliness through his job at an outdoor and sporting goods store.

ABC, who hosted the sitcom for six seasons, axed it early last year.

Last Man Standing had eight million viewers on Saturday night, a big jump on the six million who tuned in to ABC for the premiere of season six, Variety reported.

On Friday Last Man Standing captured the attention of 1.8 per cent of all American adults – something not achieved since season two.

Allen has come to represent what many perceive to be the ‘typical’ Trump supporter on his show, and has personally supported the President from an arms length in a number of interviews. 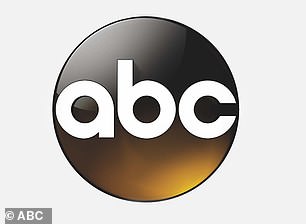 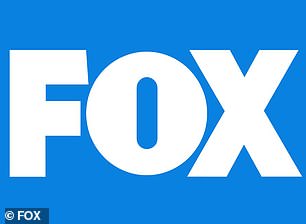 ABC hosted the first six seasons of the show before it was axed early last year. Its first episode on Fox was the network’s most watched comedy on any night in seven years

‘You know… it’s a very loaded question. I’ve met [Trump] at the charity event years ago, and that certainly doesn’t fit with the man who tweets. I’ve met a lot of people in private whose public persona is a bit off,’ Allen told Entertainment Weekly when asked for his thoughts on Trump.

‘My perception is “let’s see what he gets done.” Let’s stop banging on the pilot’s door and trying to pull the guy out of his seat while he’s still flying. You might not like how he’s flying the plane but let’s let him land it.’

In season six, Allen’s character dressed up as Donald Trump for Halloween, and as a vocal Republican, his politics were seen by many to be a contributing factor to the show’s cancellation last year.

ABC said at the time politics had nothing to do with it, and the comedy was cancelled for entertainment and scheduling reasons’. 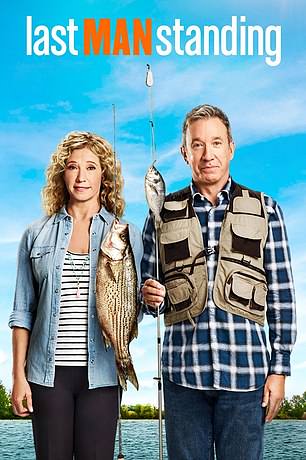 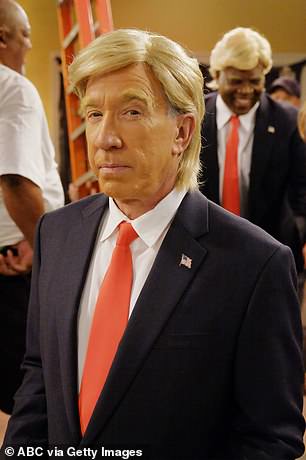 Allen is a Republican and his personal politics were thought by some viewers to be the reason for the show’s cancellation, though ABC has refuted this. Allen’s character dressed up as Trump for Halloween in season six