The line of unemployed snakes into the distance under the devastating verdict ‘Labour Isn’t Working’.

No matter that this jobless multitude was composed of two dozen volunteers from Hendon Young Conservatives, pasted and re-pasted to swell the numbers. The image of an unending dole queue, conveying a sense of the Callaghan government’s chronic economic mismanagement, did the trick.

This was American-style political advertising injected into British politics, and it helped propel Margaret Thatcher into Downing Street the following year — 1979.

Lord Bell — Tim Bell — was one of the architects of this campaign and it began a relationship with the Iron Lady that endured in good times and bad.

Bell, who has died at the age of 77, was more than an advertising, public relations and lobbying man.

He was a confidant and adviser to the powerful, a player on the political stage, if always from the wings. Moreover, he was a true believer, in capitalism, the Conservative cause and, above all, the woman who personified it.

Her hair, her clothes, her voice — along with adviser Gordon Reece, he helped mould them. The result: consecutive General Election victories in 1979, 1983 and 1987.

‘I loved her,’ he said of Britain’s first female Prime Minister. ‘I am a hero-worshipper. I work for my demi-gods.’

This North London suburban grammar school boy shaped his own image, too. Sharp-suited, hair smeared flat with gel, brick-sized mobile phone clamped to his ear, Bell personified the Thatcher years — the quintessential fixer whose phone calls would always be taken. By business magnates, Fleet Street editors and the politicians whose frailties he finessed.

And in keeping with an era of excess he himself could be excessive, in work and play. Twenty-hour and 80-cigarette days (he was, he said, the guy to be found swapping life stories with the barman at 4am), cocaine, fat expense accounts, Maseratis — an even an insane moment when he famously flashed women walking below his bathroom window in 1977. 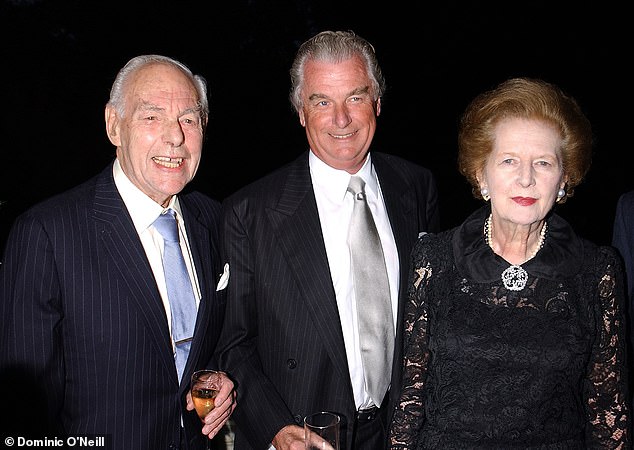 In his younger days he was British advertising’s ultimate Mad Man before transmuting in his later years into a reflective eminence grise. But he always hogged the fast lane. Which meant the odd car crash.

In 1998 Bell and his lifelong friend Piers Pottinger launched their firm Bell Pottinger. It was to become synonymous with the dark arts of PR and ‘reputation management’— including famously massaging clients’ online profiles.

Touching up the images of dictators is unlikely to win you friends in the liberal establishment. Bell’s criteria for accepting the dodgier kind of PR brief were nothing if not simple: was it legal and did it pay?

Bibulous Russian strongman Boris Yeltsin came in search of his help, as did Asma al-Assad, wife of Syrian dictator Bashar, the multi-billionaire Sultan of Brunei and Alexander Lukashenko, the dictator of Belarus (noted for favourable remarks concerning one A. Hitler). 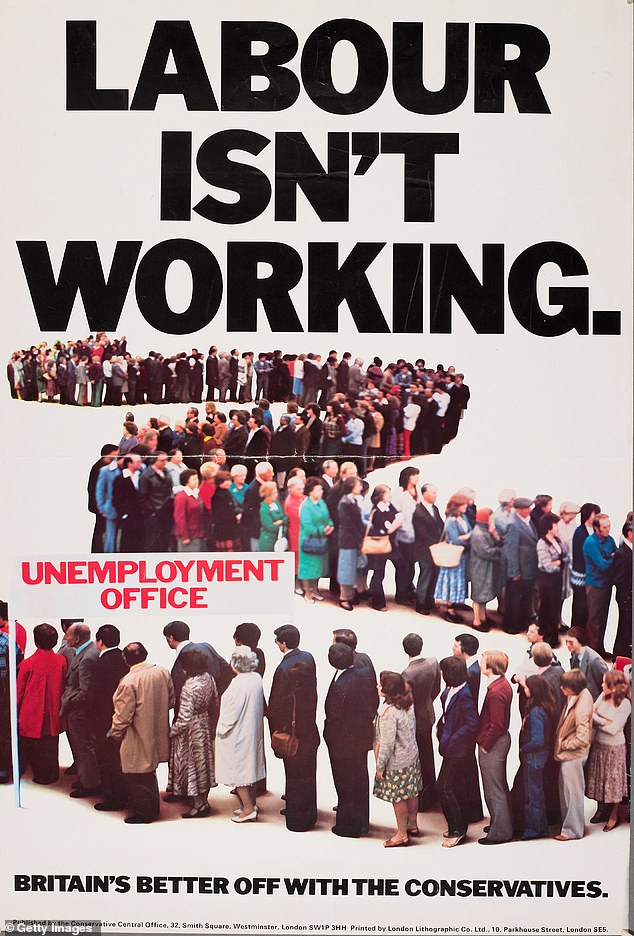 And when a fuss blew up over a slush fund lubricating the enormous Anglo-Saudi al-Yamamah arms deal Bell helped scupper a Serious Fraud Office investigation with a Press campaign warning of its effect on jobs in the UK arms industry. Facts, in the Bell universe, were elastic things to be stretched and contorted in a good cause — or what he considered to be a good one.

Of the Thatcher years he said: ‘We could in those days find statistics that proved anything. You could argue we were always trying to stretch the truth, but then everybody was at the time.’

Timothy Bell, Baron Bell of Belgravia, was born in 1941. His father, Arthur Bell, was a salesman from Belfast. He abandoned his wife Greta and moved to South Africa when his son was five. 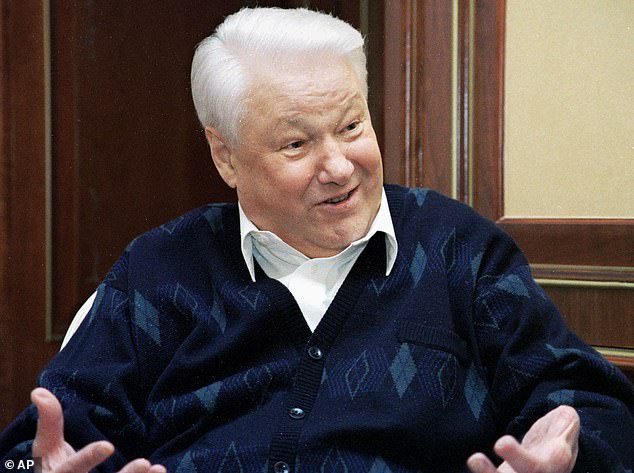 Timothy’s step-father was Peter Pettit, a solicitor and Conservative mayor of Marylebone. At the age of 18, after leaving Queen Elizabeth’s School, Barnet, Tim Bell got himself a job as a messenger boy for ABC Television. As the Sixties progressed, he moved into advertising, and in 1970 joined a fledgling advertising firm run by two brothers, Maurice and Charles Saatchi.

It was a heady time, marked by seat-of-the-pants campaigns and office histrionics.

Recounting that period in the Mail, Bell wrote: ‘I suspect that Charles had always bashed Maurice up, since their childhood. He used to say to him: “I can’t believe you came from the same womb as me.” Saatchi & Saatchi was brutality from start to finish.

‘It began with aggression, had aggression in the middle and had aggression at the end. Maurice had this saying that for us to win, others had to fail, and he was right.’ 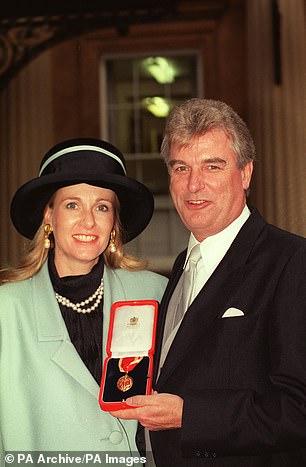 Bell shows off his recently received Knighthood in 1991

There was an emperor’s new clothes aspect to this industry. When S&S won one contract, Charles dusted off a stock picture of a romantic French couple, glued on the words ‘Pour un homme et une femme’ and sent off the invoice. It won an industry award.

Times were good for the young Bell — he was so flush he even bought a girlfriend a Porsche.

‘Truth be known, in those early days, none of us really knew how to run the agency,’ said Bell. ‘Half the time, people in the company just made up their own titles, so I made myself managing director. The Press started calling me “the third brother”. You can imagine how well that went down.’

The big time came in the shape of the Tory Party, anxious to shake off the failure of the Heath years and capitalise on Labour’s woes.

Success in 1979 bought Bell access to the inner sanctum of the Thatcher administration. As his ties to his beloved leader strengthened, so those with the Saatchis loosened — before severing over a battle for the Tory election ad account in the mid-1980s.

Bell’s version has it that Mrs Thatcher recruited one of her favourite industrialists, Lord Hanson, to warn the brothers off after they threatened to scupper his new PR company, Lowe Howard-Spink & Bell (bought out in 1989 by Bell and Pottinger and relaunched nine years later as Bell Pottinger).

Bell repaid her loyalty by nursing her through the stresses and strains of office. 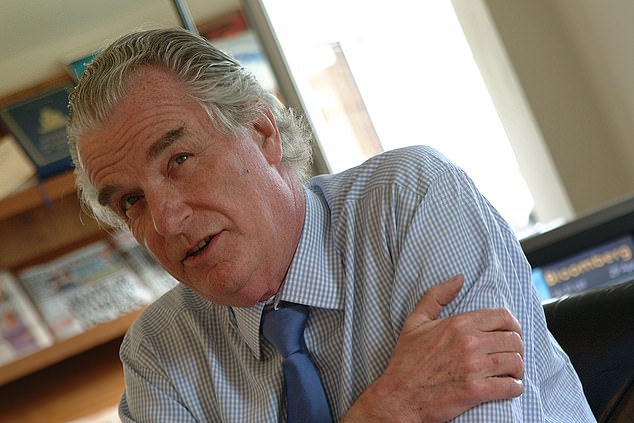 He often spent Christmas with the Thatchers, where Denis Thatcher would keep everyone’s glasses topped up

Christmas with the Thatchers at Chequers was always an ordeal. Fun was confined to drink and watching Morecambe and Wise. The ‘fantastic’ Denis Thatcher would keep everyone’s glasses topped up while his son Mark whinged about his treatment by the newspapers.

Daughter Carol, meanwhile, spent the day ‘trying to avoid having a row with her mother’.

Looking after Mark and Carol’s media profile was unpaid work, Bell’s thank you for the Prime Minister’s patronage. There would be other trying causes. 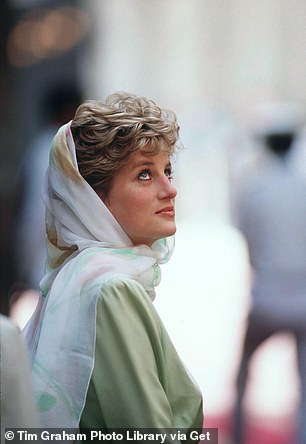 When invited to dinner with Princess Diana in 1993, Bell found himself decidedly underwhelmed by the experience.

‘My friend Gordon Reece was completely infatuated with her . . . but I never had much time for Diana myself,’ Bell said.

‘The problem was that she fancied the privileges of being the Princess of Wales, but not the sacrifices and responsibilities.

‘And when it became apparent she couldn’t be a Disney princess all the time, she behaved like a sulking brat, doing that weepy Panorama interview and destabilising various foolish married men . . .

‘She was very tall — with very long legs — and very vain. I thought she looked like a horse. I couldn’t make myself interested in her banal air-headedness.’

His cynicism about people in high places was already well-nourished — not least by the scene he witnessed on the day Margaret Thatcher surrendered the premiership to John Major after being overthrown by her own Cabinet.

‘Almost immediately after her third election victory, in 1987, the government was floundering, and Margaret was behaving in a different way from that which had seen her so successful in previous terms’’ he said. She was more autocratic and more opinionated, the hubris increased, and her judgment was slipping — all of which meant more enemies and a lot more trouble.’

In 1990, the chickens came home to roost. ‘I saw how power shifts. I saw it physically cross a room,’ he said. ‘We were all gathered around Margaret, with most of the Cabinet and some MPs. Major hadn’t yet arrived. Everyone was chattering away, telling her what a good job she’d done, and how it had been the greatest leadership ever.

‘Then, suddenly, Major walked in. And like a huge swarm of bees, the entire group moved, as one, in a single instantaneous surge, across the floor to surround him. In a second, it had left only Gordon Reece and me standing in the middle of a newly vacated large space talking to Margaret.’

Bell, who remained devoted to Thatcher, would feel this kind of hurt as the world turned. Granted a peerage by Tony Blair, he found himself ignored by David Cameron. Bell’s ‘naughty’ buccaneering style of PR had been supplanted by a bland, corporate version.

As his health deteriorated — he underwent a triple-heart-bypass and suffered a stroke among other trials — his company, Bell Pottinger, found itself where no PR company wants to be — the story.

In 2017 its subsidiary in South Africa had got into bed with the Gupta brothers, Indian-born associates of President Zuma. Its racist campaign against so-called ‘white monopoly capital’ led to it being expelled from the UK PR industry body.

Bell, by then a minority shareholder, joined in the media attacks on the company bearing his name, leading to its dissolution.

His private life was happier. On his 76th birthday Lord Bell married Jacky Phillips, 23 years his junior. She was his third wife — the second marriage having ended when Virginia, mother of their children Harry and Daisy, was linked romantically to a gardener.

As Parkinson’s Disease added to his trials, Bell remained a lover of life, enjoying gossipy dinners about politics — his lasting obsession.

Disdainful of Theresa May, he was a convinced Brexiteer and believed Boris Johnson was the only major Tory figure capable of delivering it. Many would argue the Conservatives could have done with Bell — the great political spinmeister — during the imbroglio over Europe.

You can see the poster now: a line of suited Eurocrats queuing for a long Continental lunch. The verdict: ‘Europe Isn’t Working’.