By Ian Winrow For The Daily Mail

The Serbia international had a troubled time in the Premier League last season, finding the net just three times as the Cottagers slipped straight back into the second tier.

But Mitrovic, 26, who signed a new five-year deal on Friday, has been revived under incoming boss Marco Silva and struck his fourth goal of the season on Saturday to help secure the win that ensures the Cottagers head into the international break at the head of the table. 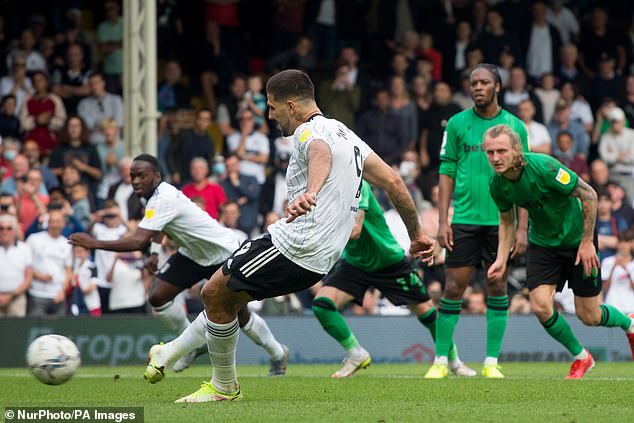 Ream admits Mitrovic’s continued presence at the club has provided a timely lift, but acknowledges training will continue to be an uncomfortable experience for himself and his fellow defenders.

‘He’s a handful to deal with, he causes so much trouble,’ said Ream. ‘He’s not someone we enjoy dealing with in training. In training, he puts everything in and I have the bruises to prove it.

‘I stay away from him as much as possible! I know what he brings … I want to be fully fit and not in pain coming into games!

‘When you know he’s on his game, everything is going to come off. You can play the ball to him and it will stick or he can play someone in. If you put the right guys around him in games, it’s a dangerous combination. 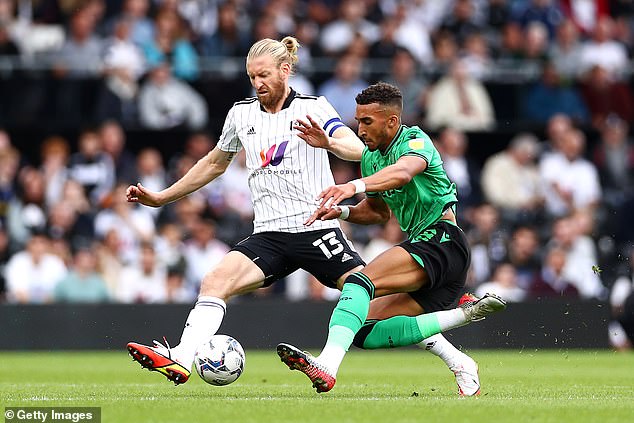 ‘We knew Mitrovic was staying before the contract announcement — it shows he is committed to the cause, and he’s proved it in the last three or four games.’

Mitrovic was involved in all his side’s best moments against Stoke — having a hand in Harry Wilson’s opener and Bobby De Cordova-Reid’s second before adding the third himself — although he will want to forget the saved penalty in added time after Stoke keeper Josef Bursik had fouled Neeskens Kebano.

Fulham’s display showed why they are tipped to go straight back up and make amends for last term’s relegation.

‘The entire squad has something to prove this season, not just Mitrovic,’ said Ream. ‘We want to be at the top of this division. We have put in the hard yards and we want to stay there. 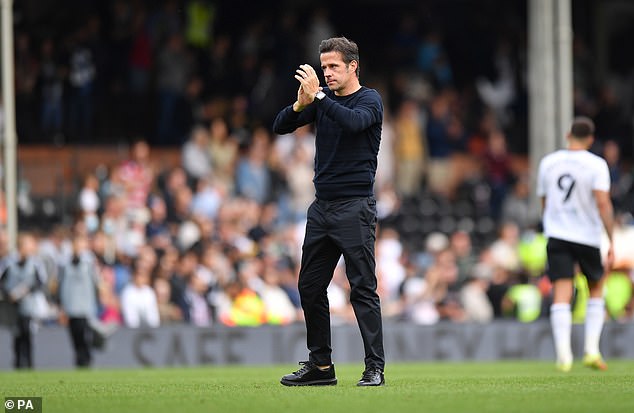 ‘Getting relegated the way we did last season was embarrassing. We all have something to prove, not just one or two guys. We all came into pre-season with chips on our shoulders.’

Defeat ended Stoke’s unbeaten start but Bursik believes it could have its benefits. ‘Maybe it’s a wake-up call to see the level they are at because a lot of players have played in the Premier League,’ said the keeper.

‘It’s definitely a benchmark and we have to raise it before our next games. The manager has said we have to look at it as we have taken 10 points from five games. We are really happy with the start and we can’t get too down with one defeat.’