The Mrs Tittlemouse coin features the little rodent who loves nothing more than to constantly pick up and tidy after the messy insects that would often frequent her home.

The coins had been extremely popular when they debuted last year with many taking to various social media sites to swap and change their coins in order to obtain the full set.

It was launched as part of the 50p collection which celebrated 150 years since the birth of children’s author Beatrix Potter. 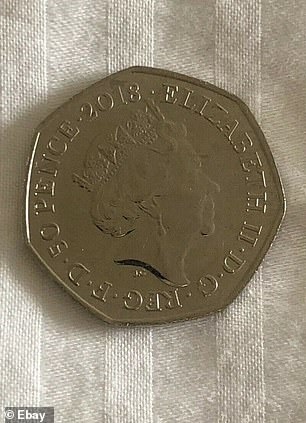 The Mrs Tittlemouse coin (Mrs Tittlemouse image on the coin left) is one of the rarest in the Beatrix Potter collection (back of the coin showing the Queen’s head, right)

The coin sold for £430.00 on eBay at the beginning of this month, earning the owner more than a pretty penny

Other coins such as Paddington Bear 50p pieces have also flooded eBay with dramatic price tags being placed on them.

The Mrs Tittlemouse coin is one of rarest of the Beatrix Potter collection as just 1.7 million of them were released into circulation.

It is only trumped by the Flopsy Bunny coin, of which 1.4 million were circulated.

Those thinking of emptying their coin purses will need to consider the condition of the coin before listing it on an online market place. 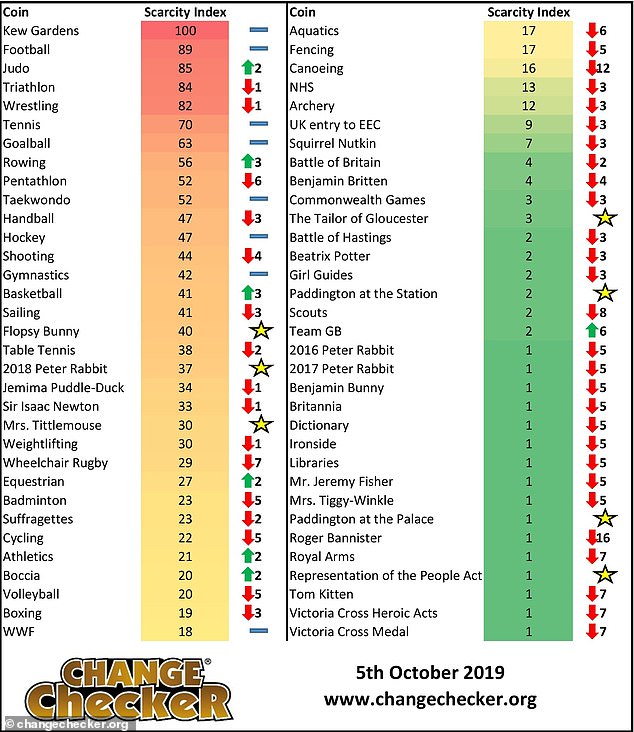 The better the condition, the more chance collectors will pounce on the coin to add to their haul.

People who want to check how rare their coins are can take look to the Scarcity Index.

The most recent index ranks Mrs Tittlemouse as 22 on the scale.

Other coins of the same variety sold for £7 last month, while a commemorative colour version sold for £48.

Despite the trawl for the various Beatrix Potter coins, other 50ps such as the Kew Garden versions which were released in 2009, are extremely rare, with only 210,000 in circulation.

The sale of the Mrs Tittlemouse coin comes as Royal Mint have debuted several new coins this year to add to its plethora of options.

At the end of October a Wallace and Gromit coin was launched to commemorate the 30 year anniversary of the characters hitting the screen.

It was debuted in the same month that a Gruffalo coin was also revealed. 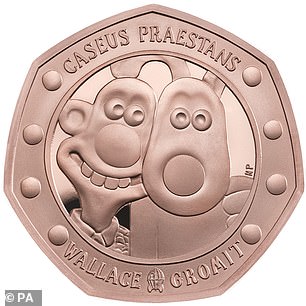 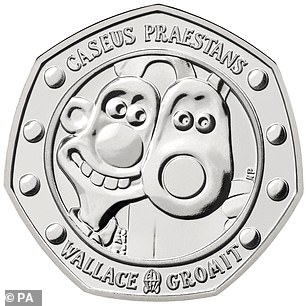 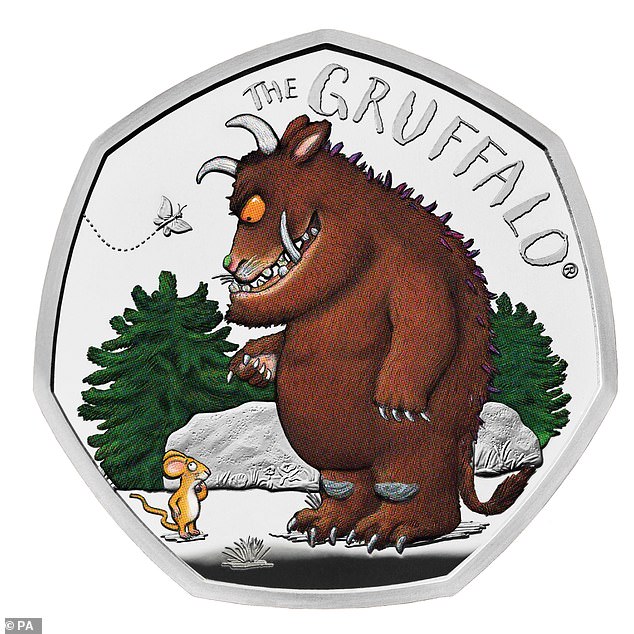