‘Times have changed a little!’ Phil Tufnell on the 1992 Cricket World Cup

Much has changed in the 27 years since England last reached the Cricket World Cup final in 1992.

Indeed, the highest batting score in that tournament was Sri Lanka’s 313 against Zimbabwe – a target England have failed to match only once in their last five ODIs.

Phil Tufnell, a member of the squad who fell to Pakistan at the final hurdle, admitted Eoin Morgan’s charges are perhaps a little more professional in their approach to the tournament. 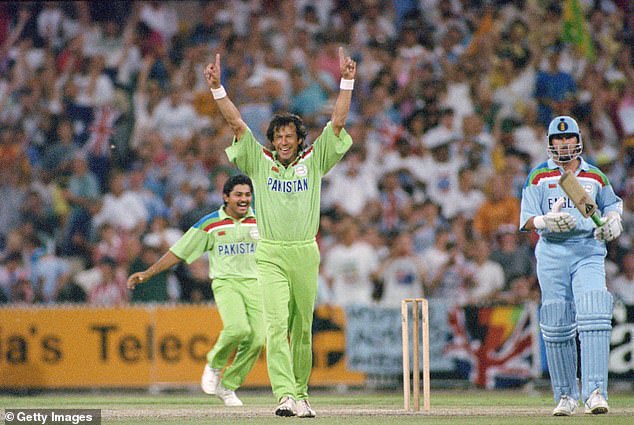 He told Sportsmail: ‘Times have changed a little! I think they are absolutely so well prepared now.

‘We have always had fantastic cricketers, but a lot of credit has to go to the backroom staff and the players.

‘It’s been a gradual process but they kept with them, they’ve changed the culture of the side, they’ve let them play freely with no fear of failure and play for Eoin Morgan

‘You see what these players do now and it’s incredible, with us it was a little bit ‘turn up and play’.

‘Jofra Archer has slotted in seamlessly, you have Jos Buttler kicking up stumps, Adil Rashid doing backflicks and getting stumpings, we really are in a very good place.’ 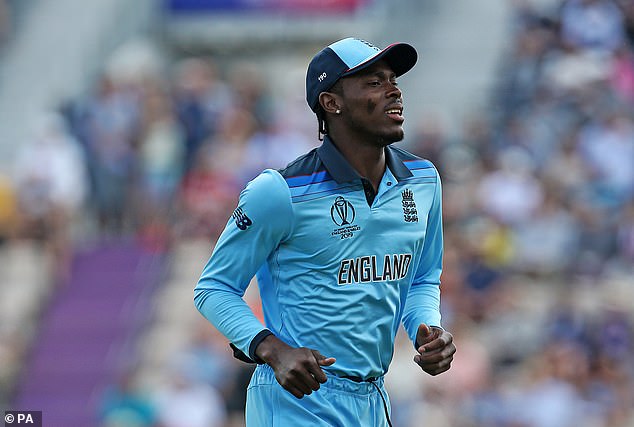 The spinner was part of the 1992 squad, the last time England finished runners-up in the tournament, but was dropped for the semi-final win over South Africa and final defeat by Pakistan.

Despite the ultimate heartbreak, Tufnell admits the dramatic win over the Proteas – when rain forced the use of the Duckworth Lewis method which determined South Africa needed 22 runs off one ball to win – will live with him forever.

He said: ‘The team came off for rain and no one was really sure how it worked.

‘We were all sat in the changing room saying “come on boys keep focused, keep confident”.

‘People were trying to work out how much would be left to play and then all of a sudden we all looked up at the huge screen and it said ‘South Africa need 22 off 1 ball’.

‘And we all just looked up at each other and this huge cheer went up. That memory will stay with me forever.

‘I can still remember the faces of the guys, the shock, and then the well done high fives.

‘We went out just saying “Don’t bowl a no-ball!” 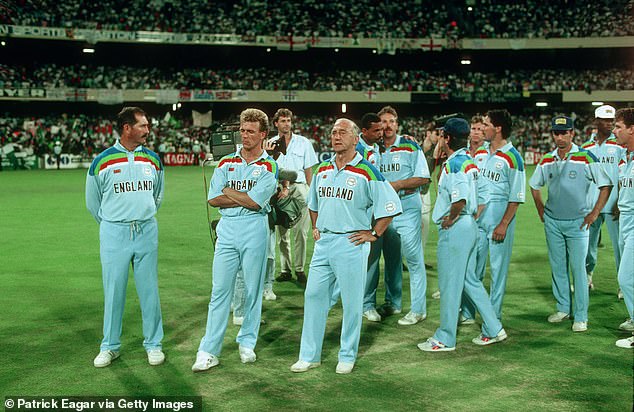 Tufnell played in four of England’s 11 tournament games, his last being an embarrassing defeat by Afghanistan.

That tournament – the first in which teams wore coloured strips – would prove a high watermark for England’s ODI side.

Despite the sour ending for England, Tufnell takes away positive memories from the experience, and felt the atmosphere around the campaign was like no other he’d experienced.

The 53-year-old said: ‘Playing to a full house at the MCG with flags everywhere, it was just breath-taking! Just the enormity of it all, the Barmy Army were in full voice and the buzz of it was just phenomenal.

‘It helped create this huge buzz around the team.’ 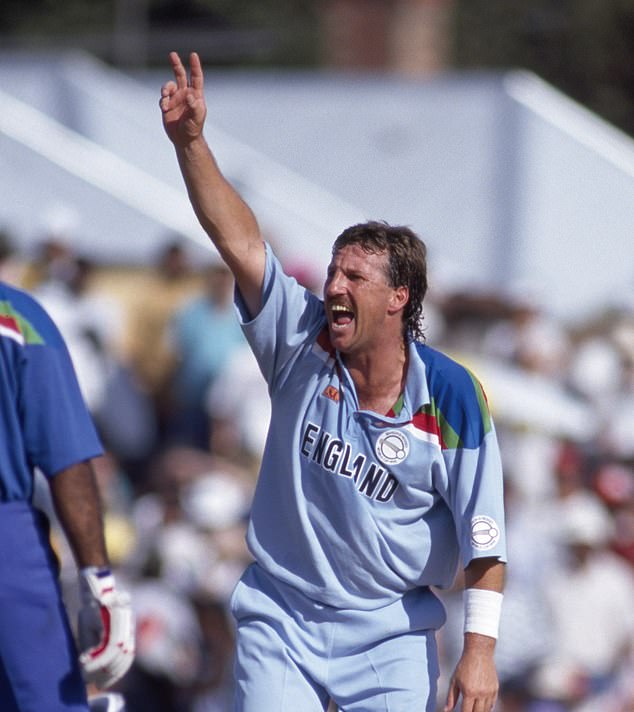 On his omission, Tufnell accepts that is simply part of elite sport.

He said: ‘It’s one of those things, someone has to miss out and you have to whittle it down.

‘As a sportsman you are quite resilient and you kind of know these things like injury and being left out and loss of form happen, you have to take it on the chin and there isn’t much you can do about it!’ 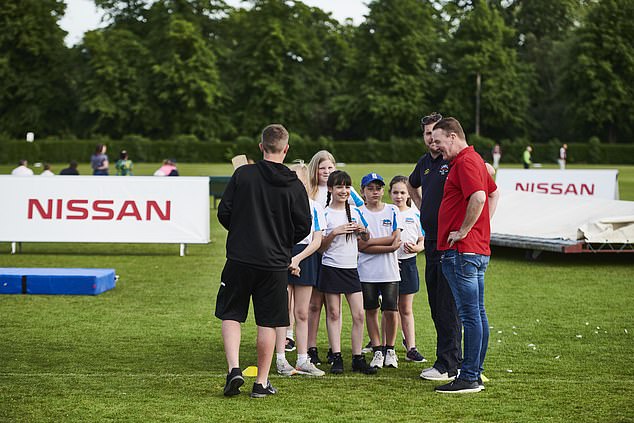 For Tufnell, however, his journey to playing in Australia in 1992 began five years earlier, when he watched his country, led by Mike Gatting, fall at the last against Australia.

Then 21, the Middlesex bowler was captivated by the drama he watched unfold, as Gatting’s attempted reverse sweep against part-time spinner Allan Border saw him caught behind and hand the initiative and, ultimately, the trophy, to Australia.

Tufnell said: ‘Allan Border came on, first ball, he was occasional left-arm spinner, and we were knocking it off lovely.

‘Gatts played this reverse shot which now the boys play to every shot and everybody said at the time “what sort of shot is that?”

‘But now it is the norm and it shows how the game has moved on.

‘I remember that as a youngster but then being very inspired by that process of getting there, watching it from the sofa and being very keen to get there.’ 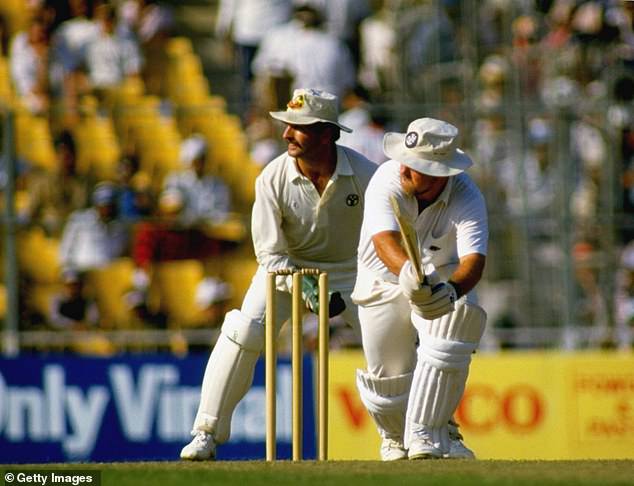 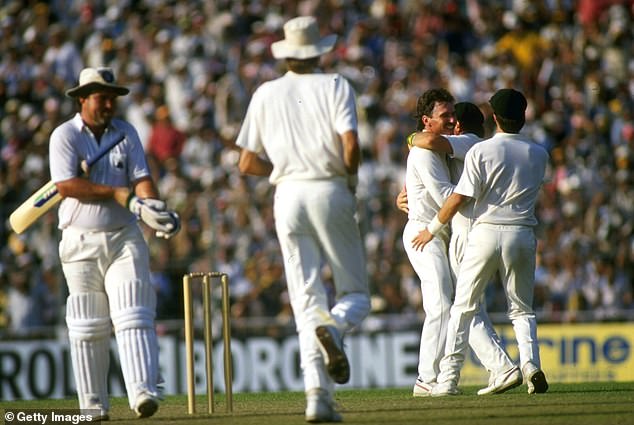 Now, 16 years on from his retirement from the game, Tufnell is happy viewing the game from his role as pundit for the BBC.

Speaking at Beddington Cricket Club in his role as a Nissan ambassador, he said: ‘I’m almost more excited, although you don’t have that excitement building deep inside your chest. You can sit back and drink it in a bit more.

‘When you’re involved in it as a team, you’re focused and you’re moving around and sometimes you can’t stop and smell the coffee a little bit.

‘I’m going up on Thursday, the hair on your arms will be standing up, The Oval is a fantastic ground, it’ll be packed and buzzing and you’ll be sitting in your own backyard watching the best in the world.

‘You can sit back and not get your head knocked off by 90mph balls!’ 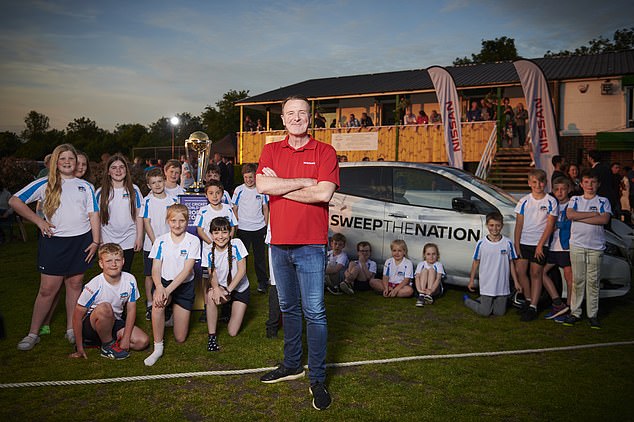 Having retired in 2003, Tufnell will now be watching the World Cup as a media pundit

Nissan ambassador Phil Tufnell visited Beddington Cricket Club to unveil the Nissan Energy Solar technology that has been installed to harness energy from the sun, to support the club’s sustainable energy generation and storage.