Although they were born on opposite sides of the globe, glamorous royals Crown Princess Mary of Denmark and the Duchess of Cambridge are more alike than you might think.

Earlier this week Princess Mary was seen in a navy wrap dress she had recycled from a previous event.

The dress may look familiar as it was reminiscent of the dress Kate wore to announce her engagement to Prince William in 2011. 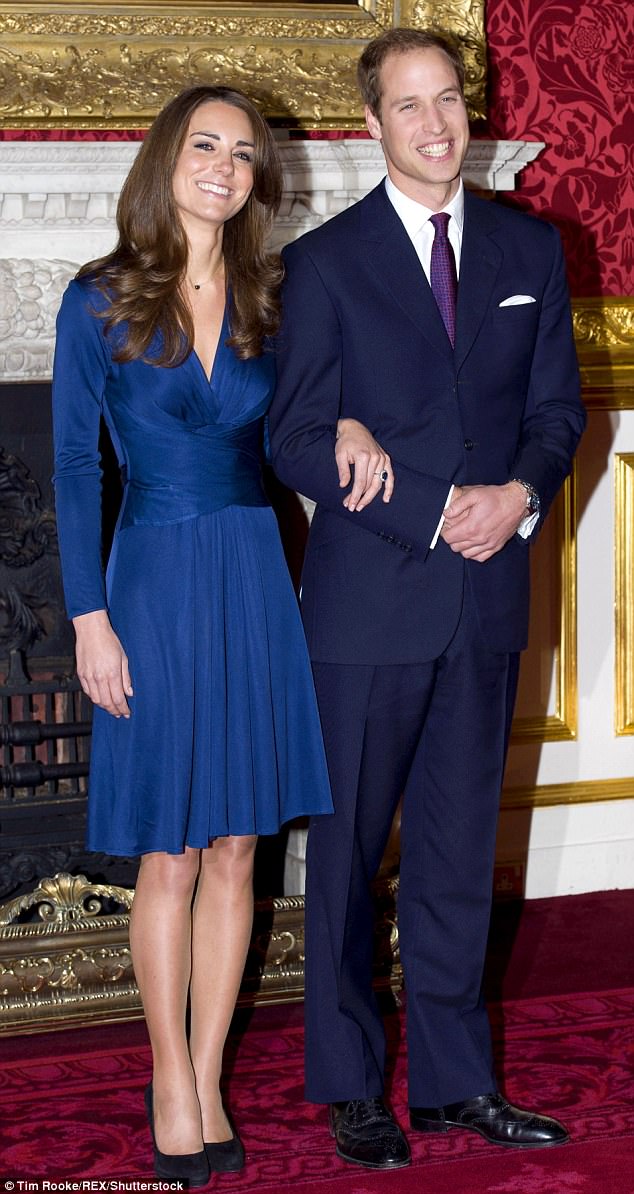 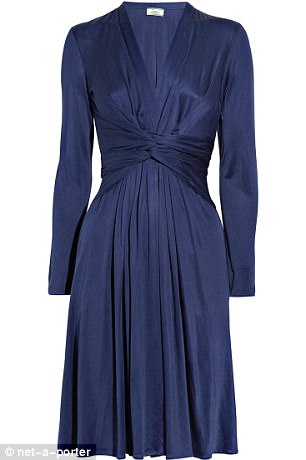 Princess Mary dazzled on stage in the navy number while delivering an accolade at the UN Goalkeepers Global Goals Awards in New York City.

The stylish royal, who is known for her economic approach to fashion, recycled the dark blue dress which she had previously worn during an event for World Cancer Day on February 4.

Kate wore the navy-blue Issa ‘Phylis’ wrap dress to a press conference to announce her engagement – and the stylish number sold out in minutes.

The two dresses were almost identical, as they both featured V cross front necklines and full sleeves, with the skirt falling just above the knee.

This isn’t the first time the two royals have dressed similarly, with their taste in fashion being documented over the years. 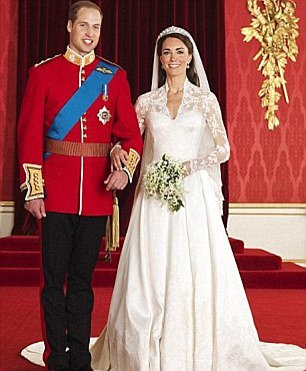 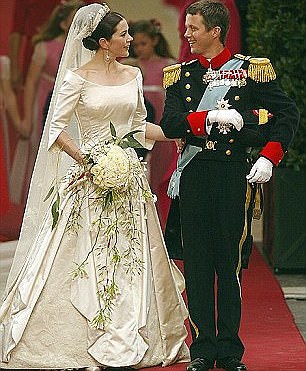 Kate first met Prince William (left) when they studied together in Scotland in 2001 and married in 2011 and Mary met her future husband Prince Frederik (right) during the 2000 Sydney Olympics, before they married in 2004

Both of the women are fans of red, with the bold colour being an arsenal in both of their wardrobes

One particular occasion where Kate and Mary’s outfits mirrored each others were for both of their royal weddings.

Their heads were adorned with a classic veil and tiara perched on top of their lustrous brunette locks.

Although the dresses weren’t exactly the same, they both featured cinched in waists and modest sleeves.

The duo are both fans of colour-rich clothing as they have often been seen wearing bright reds, blues and oranges.

As important faces of two royal families the pair always turn up to events looking sophisticated and stylish.

They often opt for high neck dresses with modest sleeves and knee length skirts and both are thrifty with their wardrobes, as they are often seen recycling outfits. 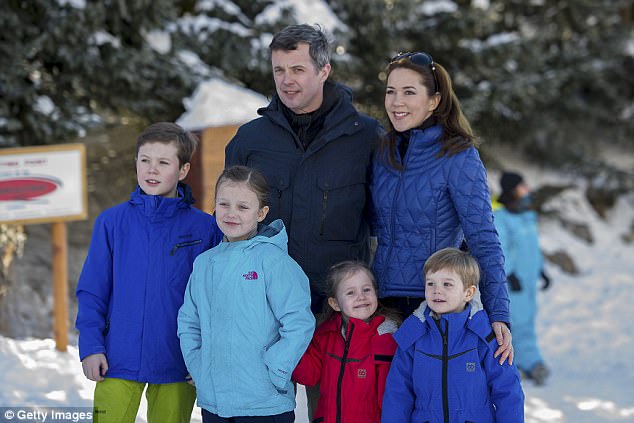 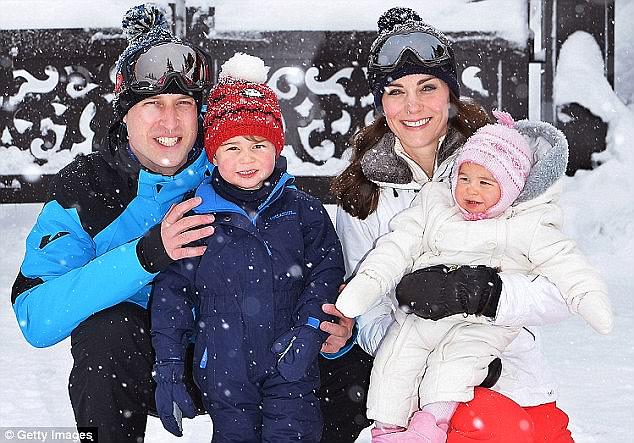 Mary and Kate are famous for both being so-called ‘commoners’ who married into two of Europe’s oldest monarchies after fairytale romances with dashing princes.

Mary met her future husband, Crown Prince Frederik of Denmark, when he visited Australia for the Sydney 2000 Olympics.

After they first met at a pub in a city they had a long distance relationship before she moved to Denmark and married in 2004.

Not too dissimilarly, Kate met Prince William while they were studying the University of St Andrews in 2001 and they got married in November 2011. 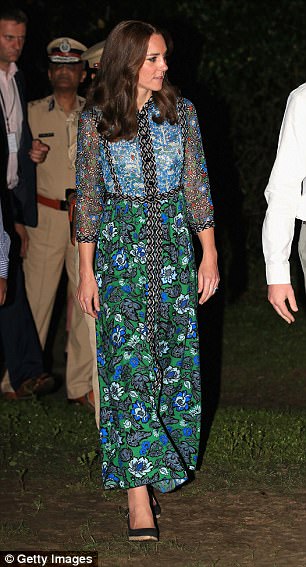 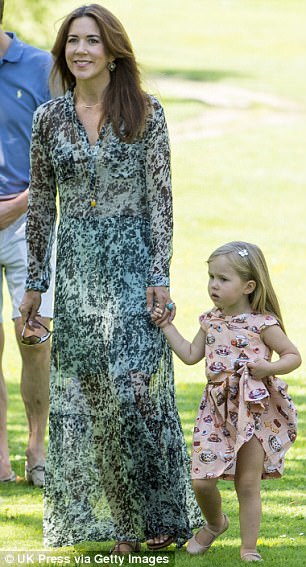 The women are not only fans of block colours, but have also been seen stepping out in sheer floral designs 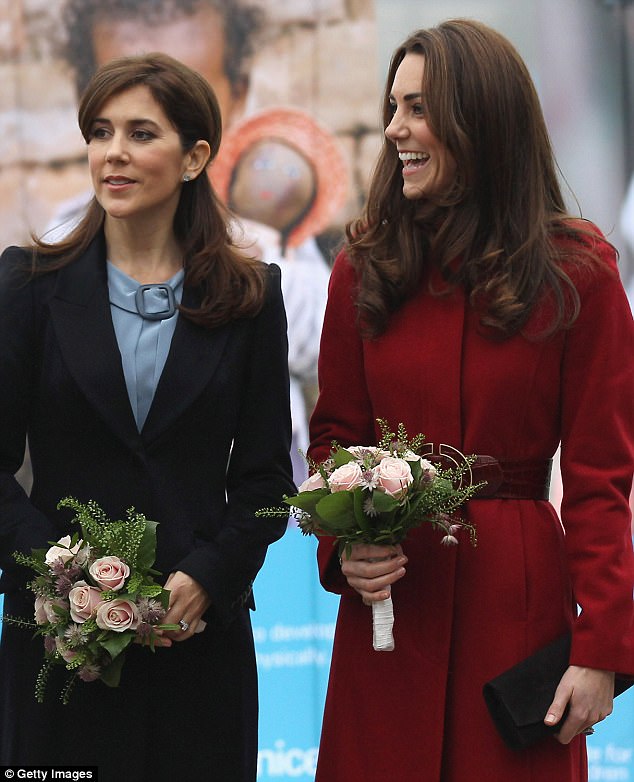 The royal pair, whose husbands will both take the throne at some stage, are reportedly ‘close friends’

The royal pair, whose husbands will both take the throne at some stage, are reportedly ‘close friends’.

Although Prince Charles is next in line for the throne, Kate and William are often thought of as the public’s favourite as they continue to do their bit for important causes.

Princess Mary on the other hand, may take the throne alongside her husband Prince Frederik a lot sooner. 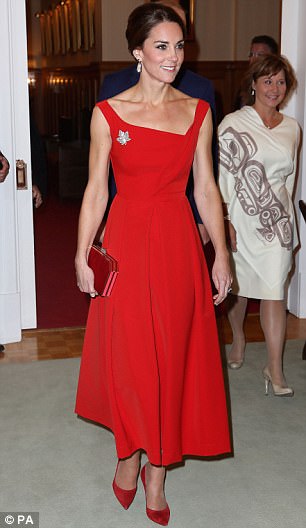 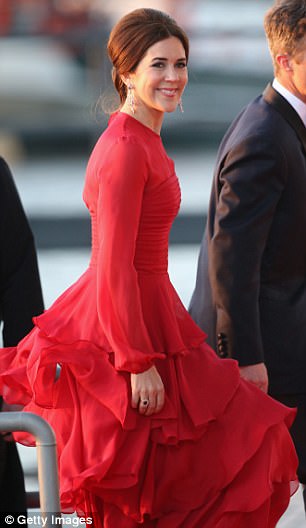 Both women are hardworking royals who have worked tirelessly to prove her commitment to charity and royal duties.

The 45 and 35-year-old both have a near constant presence in the public eye while also raising their children.