Timeshare fraudster, 62, who conned victims into buying ‘virtually worthless’ stakes in holiday homes while living ‘cruise-ship lifestyle’ off their cash is told to pay back £20,000

A timeshare fraudster who used shocking sales tactics to get victims to part with cash for ‘virtually worthless’ accommodation has been ordered to repay them £20,000 of the £135,000 he made.

Bournemouth conman Francis Madden, 62, got his staff to cold-call hundreds of people a day inviting them to a two-hour presentation for his holiday club venture.

But when they got their victims had to endure five hours of hard sales techniques that included loud music being continuously blared out.

By the end of the torture, the customers were so exhausted they signed up for the scheme just to get away.

The clients who later tried to cancel their contracts during the ‘cooling-off’ period were told it was not possible.

The accommodation in Spain and Turkey was ‘virtually worthless’ as those who attempted to book found they were unable to do so or there was limited availability.

Meanwhile, Madden lived a ‘cruise-ship lifestyle’ which included spending £25,000 on luxury voyages for him and his wife Jean.

Last year Madden pleaded guilty to fraudulent trading between May 2012 and February 2016 and was jailed for 40 months.

He has now reappeared at Bournemouth Crown Court for a hearing to ascertain how much of his ill-gotten gains he has to pay back to his victims.

The court heard a Proceeds of Crime Act investigation into his financial affairs identified that he made £135,000 from the enterprise.

Judge Stephen Climie ordered Madden to hand over £20,000 of available assets within the next three months including over £10,500 to be returned to 16 victims involved in the prosecution.

He also banned Madden from taking part in or owning any timeshare related business for a period of 10 years. He is currently disqualified as a company director. 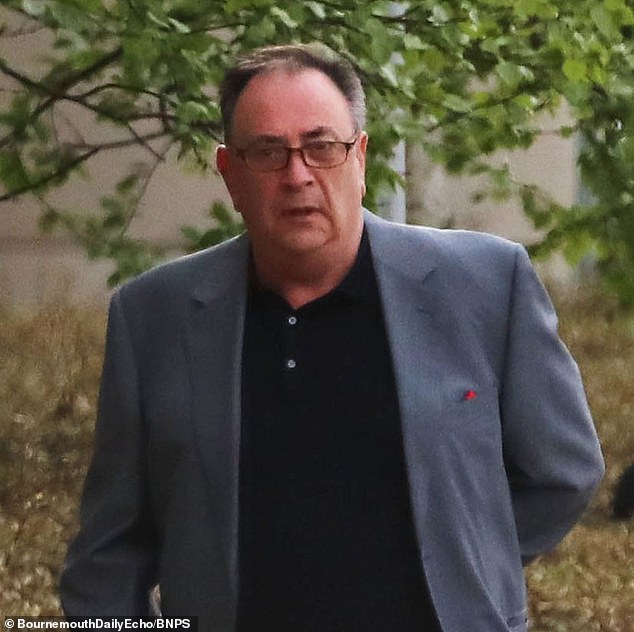 The court heard that in 2012 the fraudster admitted eight counts of unfair trading relating to a similar scam on people in the market for timeshares and holiday clubs.

On that occasion, he was let off with a suspended sentence.

But four months later he set up two ‘phoenix-like’ companies.

Trading Standards officials began investigating him in 2014 after being flooded with complaints from clients.

Councillor Lewis Allison, of Bournemouth Christchurch and Poole Council, said: ‘Our Trading Standards staff spent many months contacting witnesses, pulling together evidence and untangling the complex web of his dishonest businesses and his financial affairs.

‘We hope this confiscation order will go some way towards compensating his victims for their loss and serve as a deterrent that we will not tolerate fraudsters.’

One of the investigators was Andy Sherriff. He said: ‘The court heard from witnesses who had suffered from depression as a result of Madden’s activities, he, on the other hand, was indulging himself with foreign cruise holidays.

‘The prosecution should finally mark the end of Madden’s cruise-ship lifestyle.’

Can you really get out of a timeshare?

If you got into a similar scam, you should consult a reputable timeshare exit company to avoid such a problem.

Having decades of experience in the timeshare and timeshare cancellation industries, Wesley Financial Group, LLC can assure success for every case they accept.