She balances raising her children with her soaring television career.

And Tina O’Brien got the balance just right when she brought her daughter Scarlett along to Matilda’s red carpet at The Palace Theatre in Manchester on Thursday.

The actress, 35, enjoyed a fun-filled evening with the little girl she shares with the Celebrity Big Brother winner Ryan Thomas, aged nine.

Apple doesn’t fall far from the tree! Tina O’Brien looked fantastic in a leopard print skirt as she enjoyed a girls’ night with Ryan Thomas’ daughter Scarlett at Matilda musical on Thursday

Tina placed a comforting hand on her child’s left shoulder when they posed for pictures together.

Sexing up her look, Tina accessorised with a lace choker as well as bringing a burst of colour with her red lipstick and matching heels. 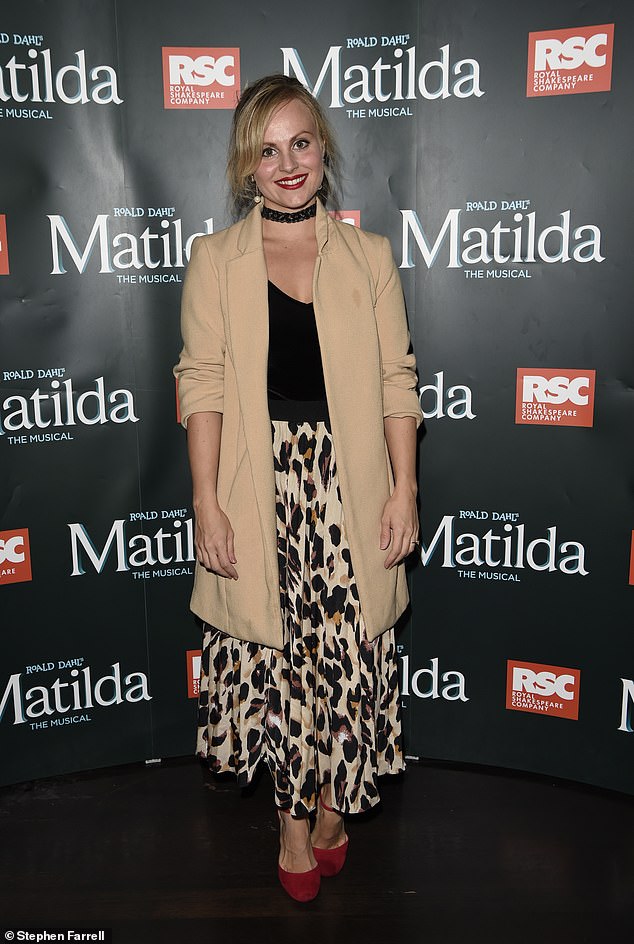 On the prowl: The Coronation Street star paid tribute to the catwalk trends in her mid-length pleated leopard print skirt and sand coloured jacket 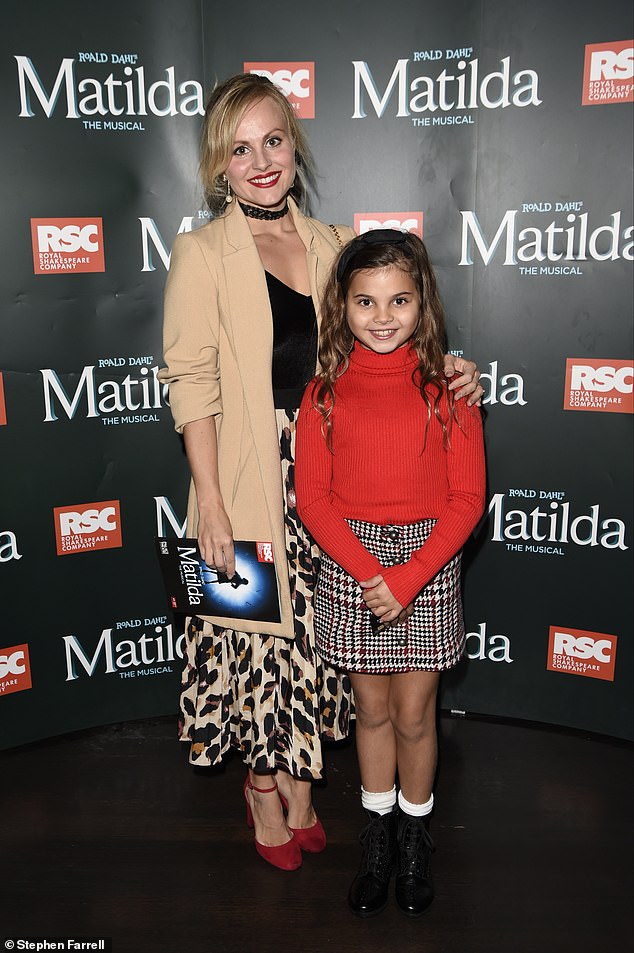 How lovely! The actress, 35, enjoyed a fun-filled evening with the little girl she shares with the Celebrity Big Brother winner Ryan Thomas, aged nine

Meanwhile, her daughter Scarlett looked adorable in a red sweater, a plaid skirt and a pair of boots.

Tina and Scarlett enjoyed the girls’ night out at the theatre which brought to life Roald Dahl’s classic Matilda.

Matilda tells the story of a gifted girl who discovers she has telekinesis which she uses to fight her unkind parents and the evil schoolmaster Trunchball. 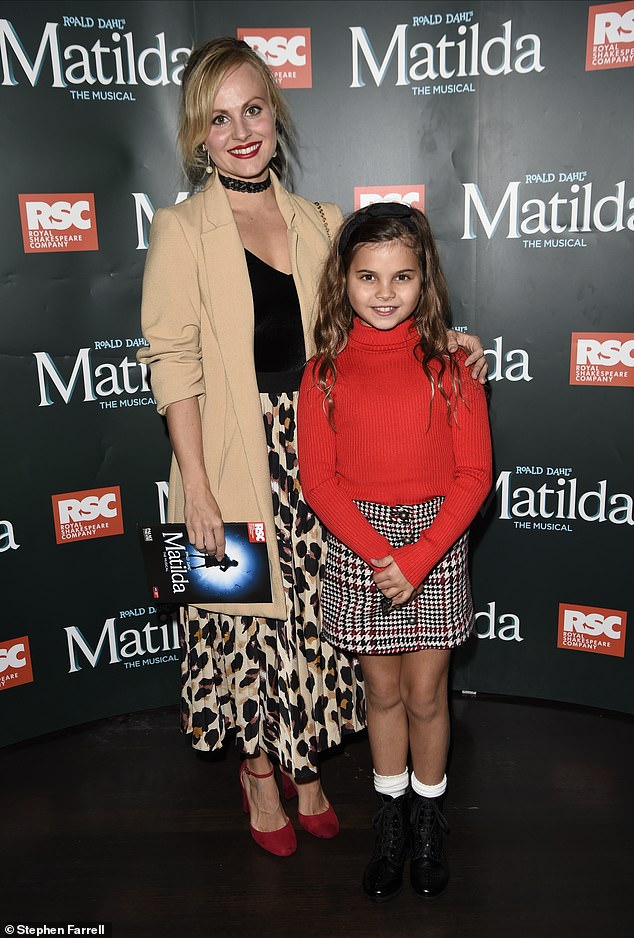 Very together: Tina placed a comforting hand on her child’s left shoulder when they posed for pictures together

Tina, who is best known for her roles in Coronation Street and Waterloo Road, raises her daughter amicably with her ex Ryan.

Scarlet was seen showing her support for her dad by wearing a ‘My dad to win’ T-shirt before he secured the crown on Celebrity Big Brother.

The former flames fell in love while playing on-screen husband and wife on Coronation Street. 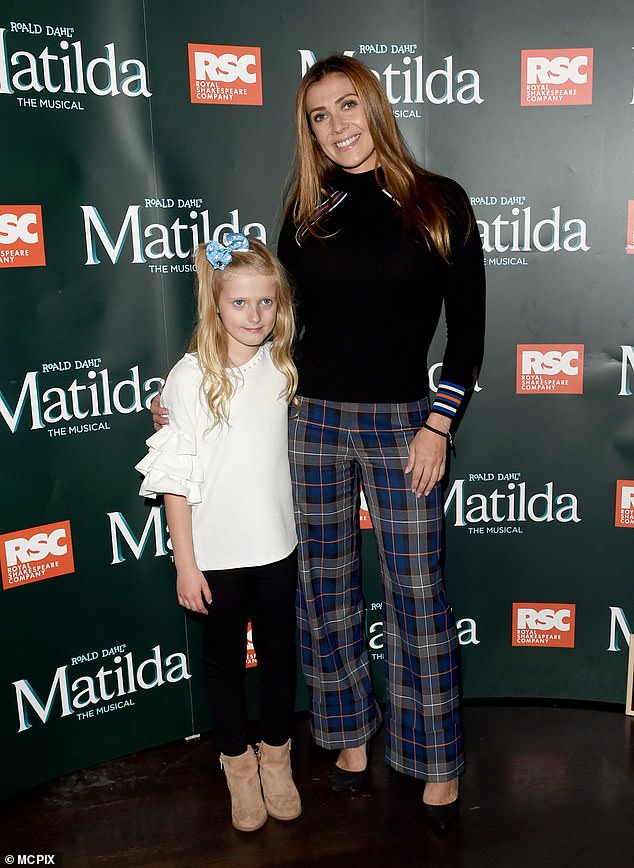 Pretty in plaid: Corrie star Kym Marsh looked sensational in her quirky trousers as she joined her daughter Polly 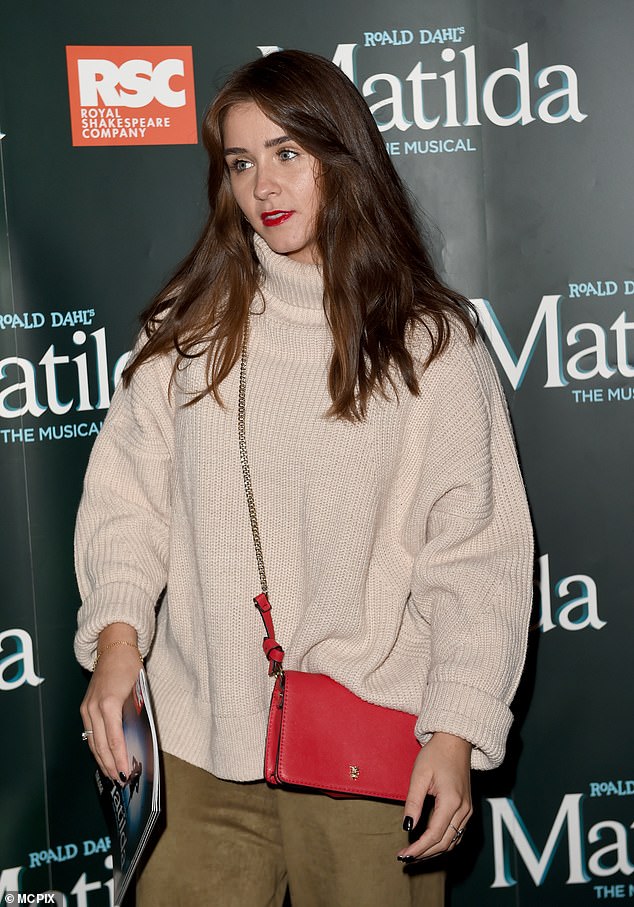 Waltzing onto the scene: Brooke Vincent showcased her winter chic in her sand coloured sweater and olive trousers

Tina and Ryan’s love story flourished for six years, with the couple really hitting it off in 2003 before they parted ways for good in 2009.

The mother-of-two also shares her son Beau, aged three, with her current love and her fiancé Adam Crofts.

In May, the actress gave a candid interview to the Express where she gave fans a rare glimmer into her weekend with her kids. 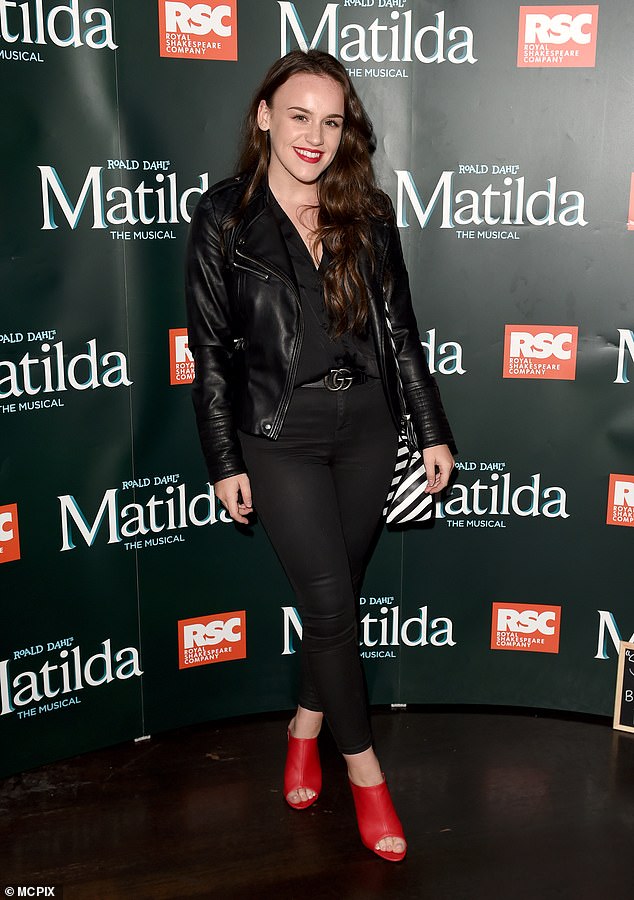 Casually cool! Ellie Leach threw on her leather jacket when she headed to see the musical among a whole host of stars in Manchester

‘After I get home from work on Friday, I spend some time with the children.’ She told the publication. ‘Once the kids are in bed, it’s time for a bottle of wine and a Deliveroo.

‘We’re normally up at about 7am on Saturday because Beau won’t sleep later than that. We watch a bit of kids’ TV, get dressed and Adam goes to the fitness classes he runs for children.

‘I head to The Drama Mob, a children’s Saturday morning acting school that I run.’ 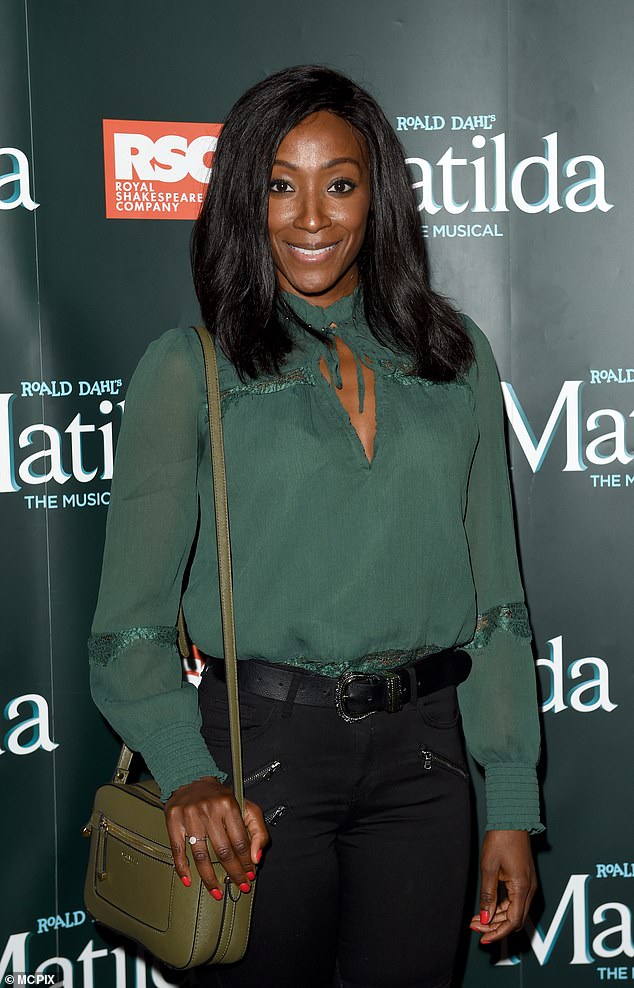 Green with envy! Victoria Ekanoye looked fabulous in her emerald blouse when she attended the Matilda musical