Tinder co-founder Sean Rad has sold his Hollywood Hills mansion for $9.2million – $1.5million more than he paid for the property three years ago.

Rad, who is currently suing Tinder’s new owner IAC for $2billion along with five of his former colleagues, listed the home for $10.9million last year but failed to find a buyer.

The Georgian-style house, built in 1939, features five bedrooms and five and a half bathrooms split over two floors, with an outdoor swimming pool, built-in barbecue and guest house.

Last month, a New York court ruled that 33-year-old Rad and other founders and early employees of Tinder can go ahead with a lawsuit accusing IAC of hiding the app’s potential for growth and forcing them to exercise stock options, cheating them out of millions of dollars each.

Sean Rad, 33, the co-founder of dating app Tinder, has sold his Hollywood Hill mansion for $9.2million – $1.5million more than he paid when he bought the property off Fox film executive Paul Hanneman in 2016 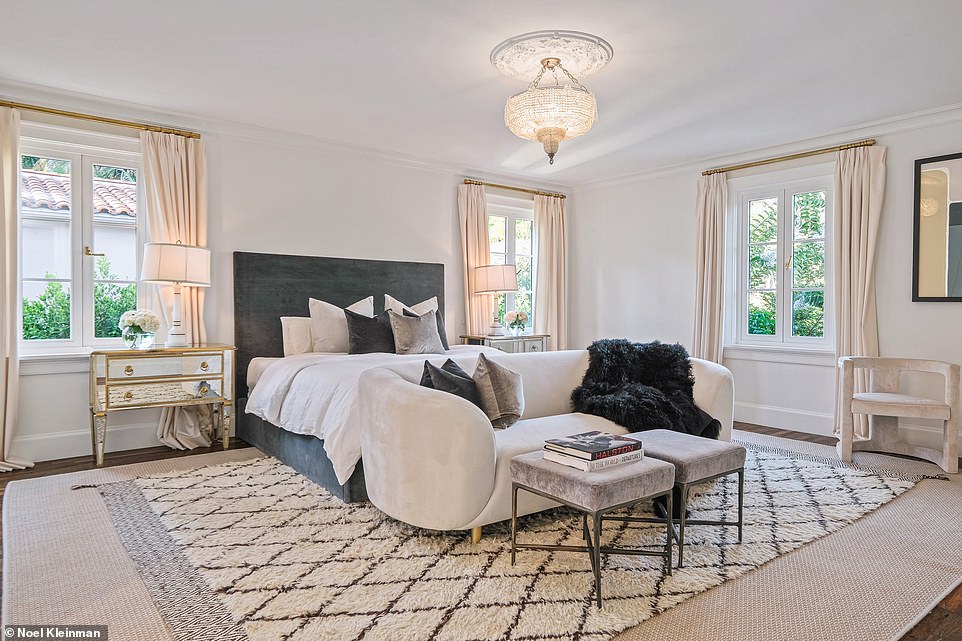 The Georgian-style property, which was built in 1939, features five bedrooms and five and a half bathrooms spread over two floors, including a master suite with walk-in wardrobe 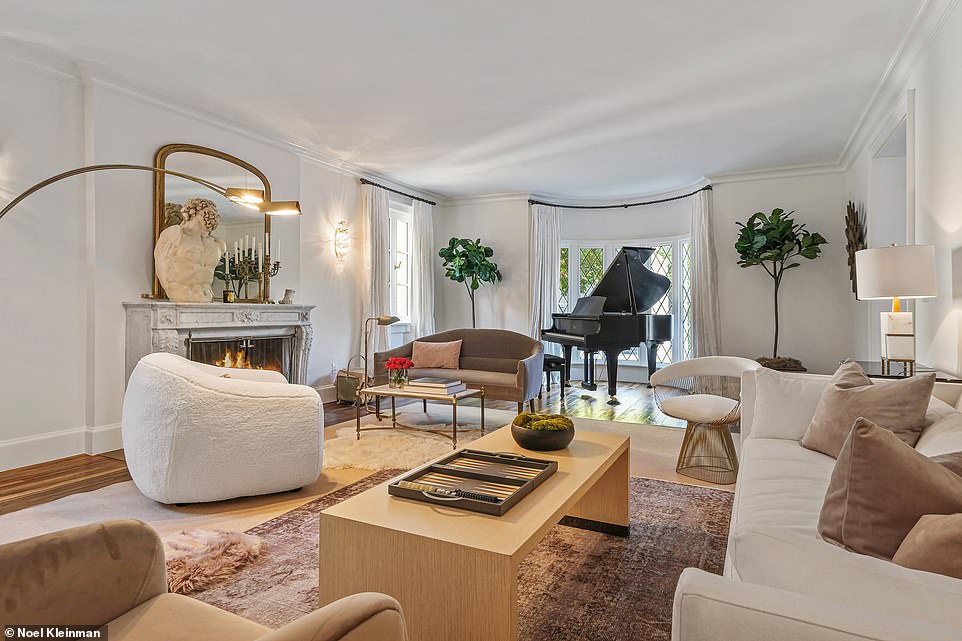 The house has roughly 5,600sqft of living space, including two living rooms and a home office located off the main bedroom 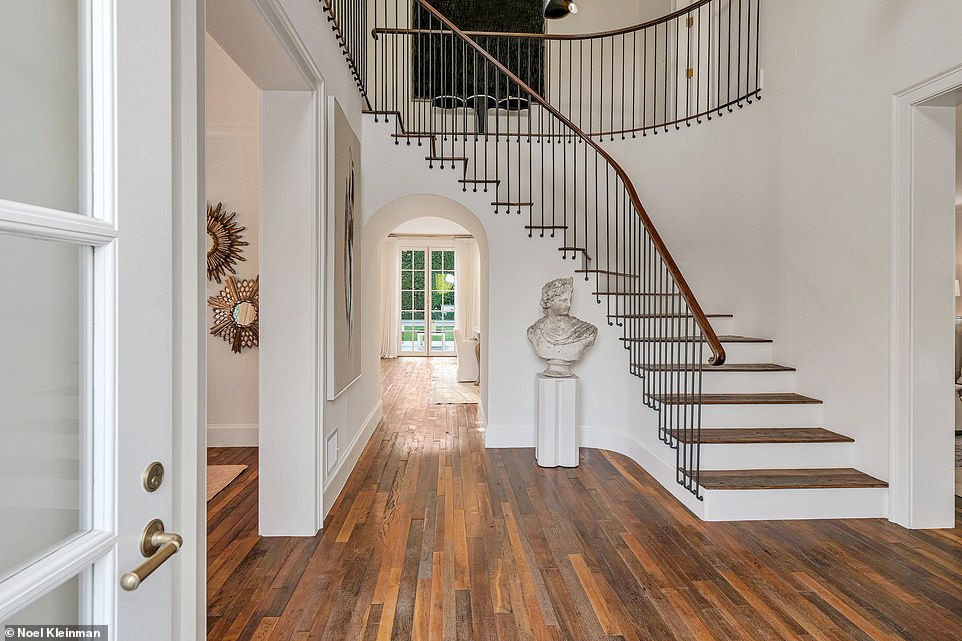 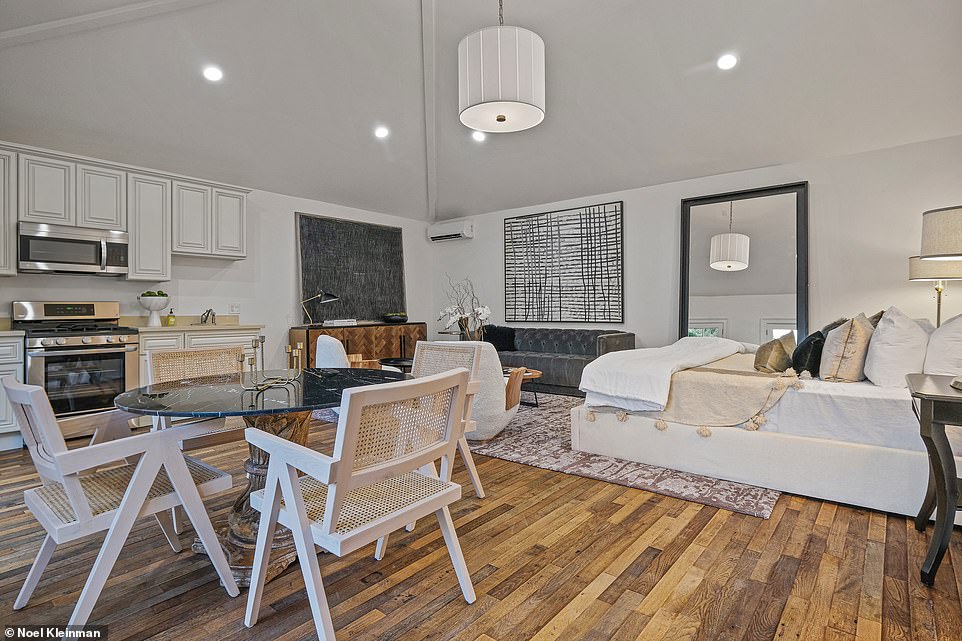 The guest house has additional living space, a double bed and kitchenette, providing privacy from the main house 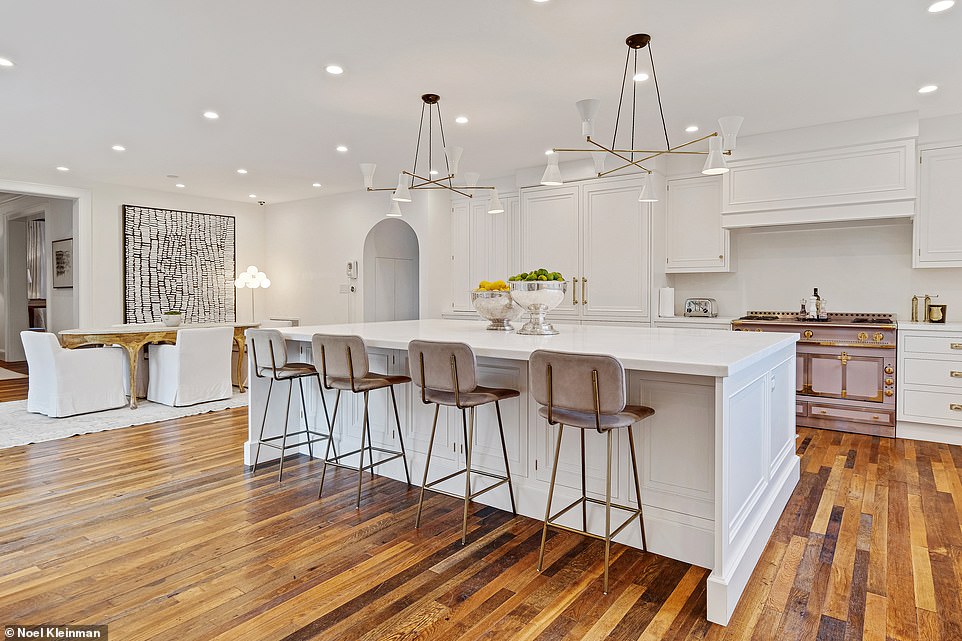 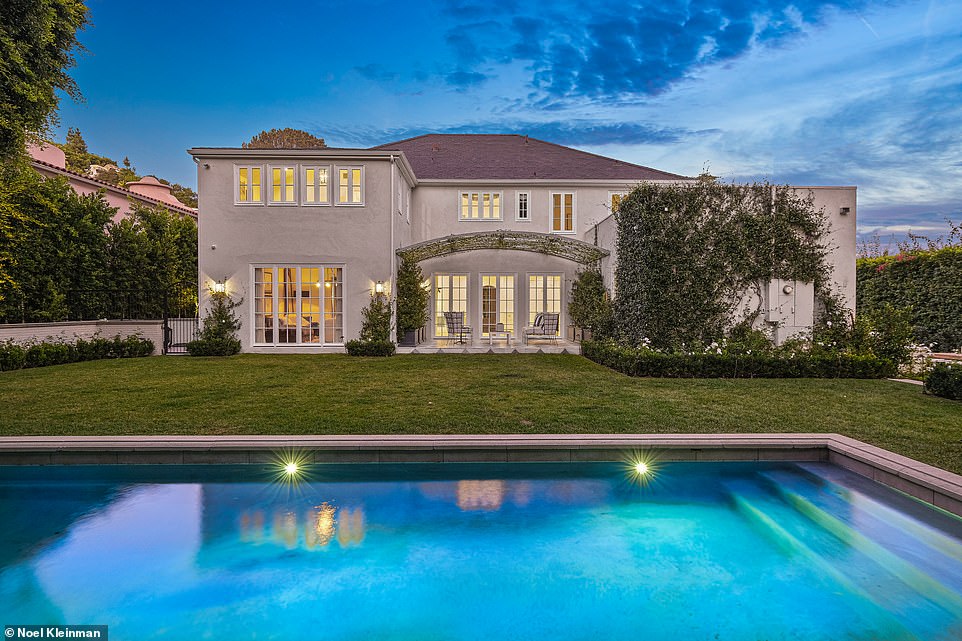 The house sits on three acres of land, has an outdoor pool, outdoor dining area with built-in barbecue, and guest house with a kitchenette and additional living space

IAC and its partner company Match bought Tinder for $3billion in 2017.

IAC are counter-suing Rad, who reportedly cashed in around $94million worth of stock at the time Tinder was sold, for $400million, accusing him of illegally recording his superiors.

‘These recordings involve a shocking invasion of privacy and a fundamental lack of honestly and business ethics,’ IAC’s lawyers wrote in a filing last Thursday, which has been seen by Tech Explore.

IAC is counter-suing for the amount that Rad received from Tinder stock from the moment he began the recordings, arguing that they would have fired him, had they known.

Lawyer for Rad said: ‘IAC and Match are showing the world the cost of suing them – they will rummage through your personal emails, make up lies, file frivolous lawsuits and do everything else they can to distract from the actual facts.’ 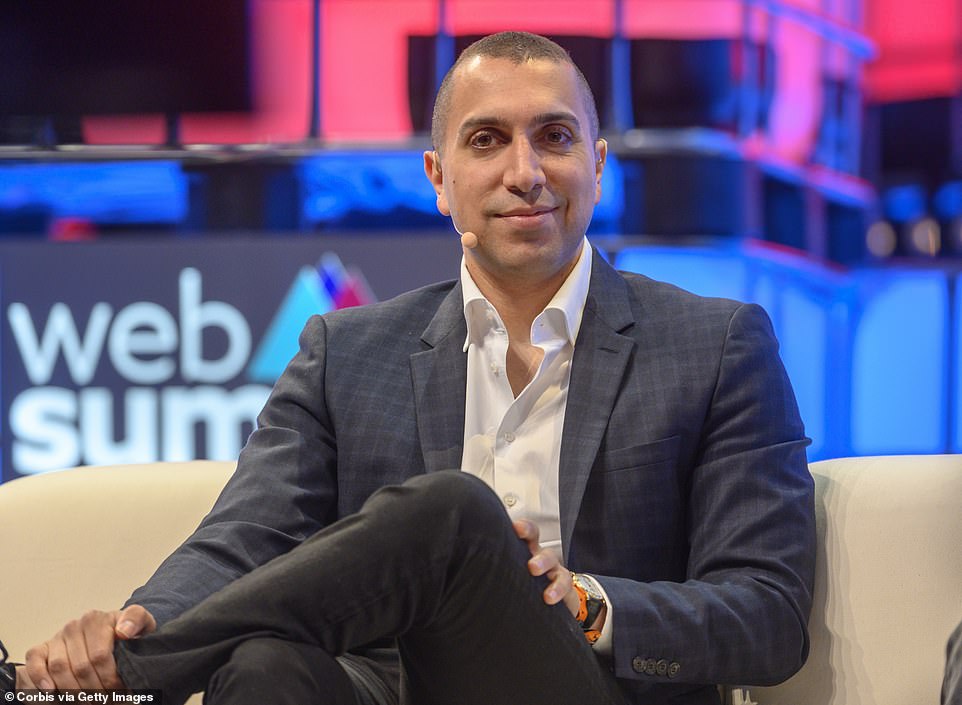 Rad sold the property just weeks after a New York court ruled that he and five former colleagues can sue IAC, the firm which bought Tinder in 2017 for $3billion, for $2billion, accusing the firm of under-valuing the dating app 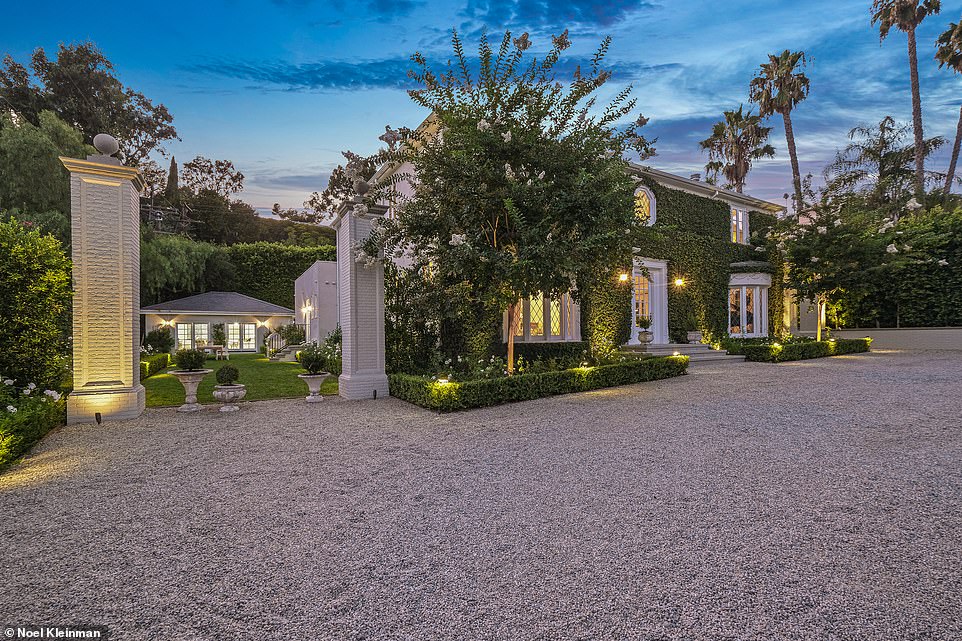 The main house with its ivy-covered exterior is pictured right, in front of a sweeping gravel drive, while the guest house can be seen towards the rear of the property, on the left 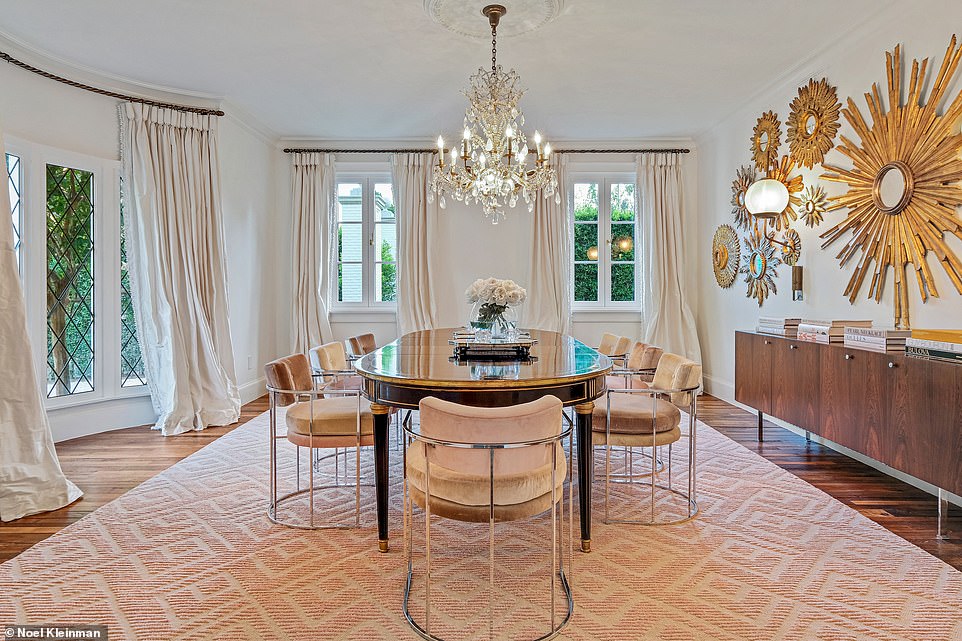 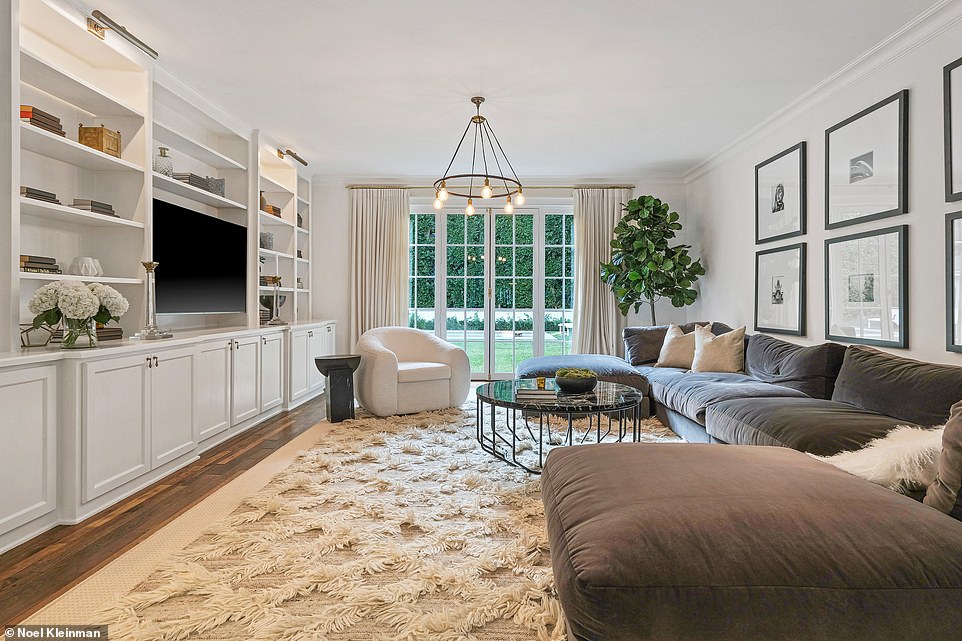 The second of two living rooms is located at the rear of the property, with doors out into the garden and pool area 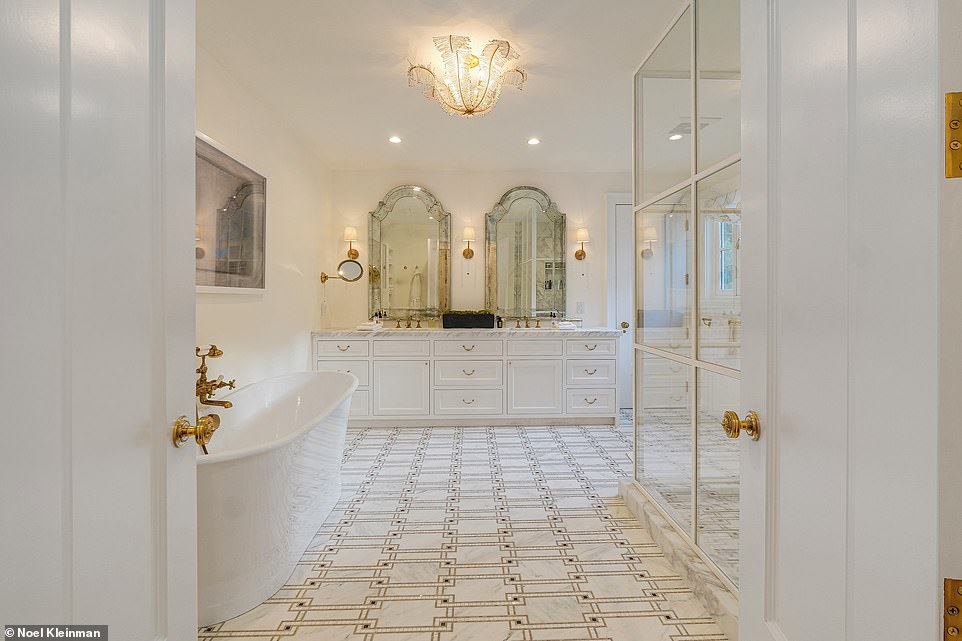 One of the home’s five bathrooms, featuring a deep bathtub designed to be shared between two people 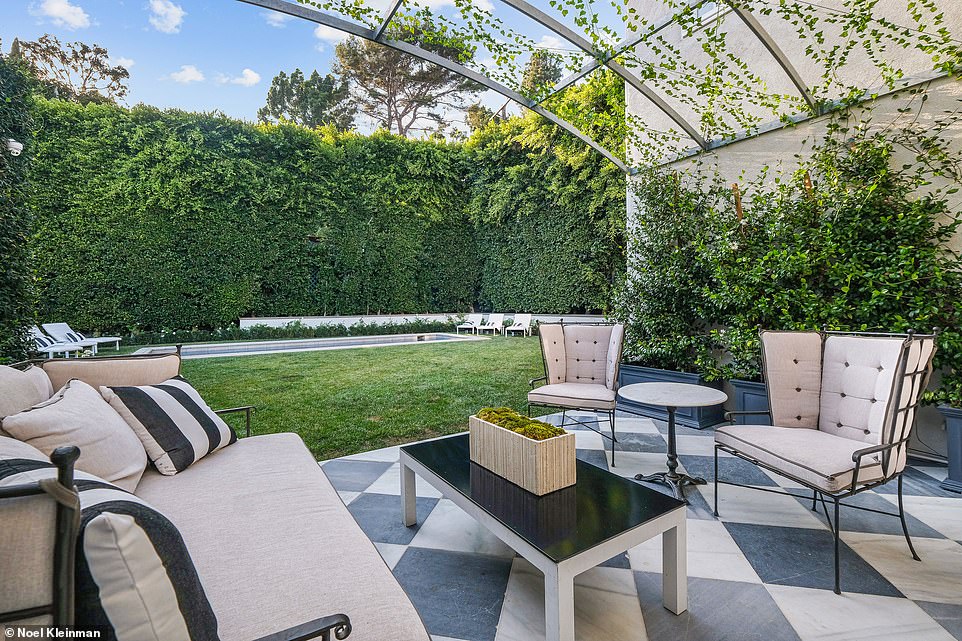 The outdoor patio area which looks out on huge hedges that surround the property, providing additional privacy 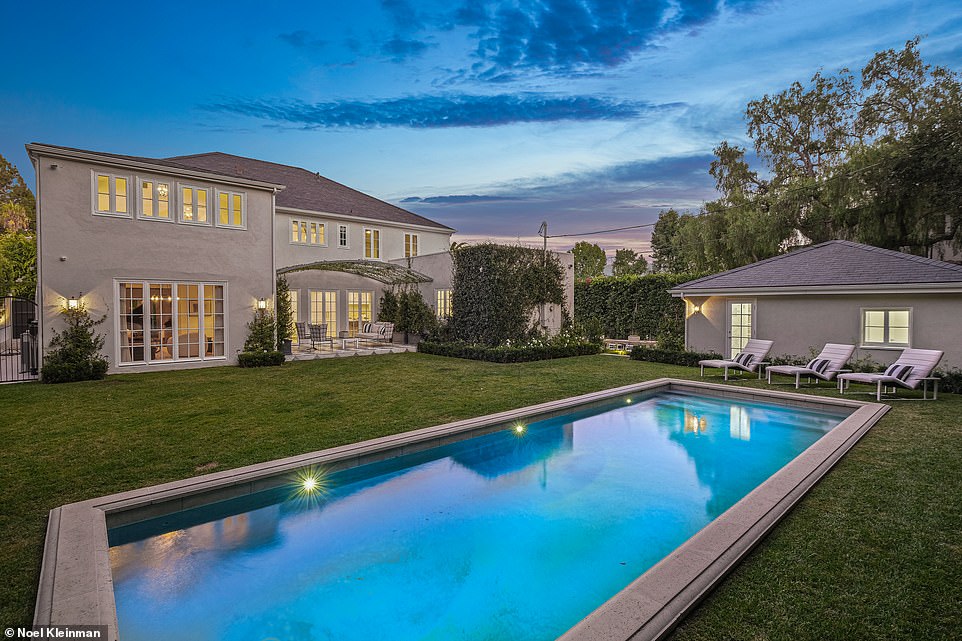 Rad listed the property for sale last year for $10.9million, but took it off the market after failing to find a buyer

Mail Online is not suggesting that the sale of the house and the lawsuit are related.

As well as an ivy-covered exterior, the house features a chef’s kitchen and a formal dining room, along with a home office, sweeping central staircase, two living rooms and French doors leading on to the patio.

The mast suite has a walk-in wardrobe. The guest house comes equipped with a kitchenette and additional living space, bringing the total to 5,600 square feet.

IAC and Match separately sued Rad in January, accusing him of having secretly copied files and other proprietary information.

They also filed a $400million countersuit in September accusing him of having recorded conversations with his superiors without their consent.

Rad has sought to dismiss the January lawsuit, and in an Oct. 17 court filing Snyder called the countersuit ‘legally without merit’ and an effective attempt to bankrupt Rad.