Tinie Tempah turned heads with his unique fashion sense as he attended a new art residency in France on Friday.

The 32-year-old rapper was spotted at the ‘Present The Future’ art residency in Saint-Jean-Cap-Ferrat, France.

The official website for the residency labels the project as the world’s first NFT (Non-fungible token) focused art residency and was created by French-Iranian artist Sassan Behnam-Bakhtiar in collaboration with Tinie and curator Kamiar Maleki.

Tinie stood out from the crowd as he mingled with guests on Friday as he wore a vibrant orange and black checked two-piece outfit.

He finished off his ensemble with a pair of canvas trainers and sunglasses.

Although the residency officially launched on June 7, an auction of the art on display is set to take place on the evening of June 13.

Speaking about the project on the residency’s official website, Tinie said: ‘I am excited about the way art is evolving and being redefined. 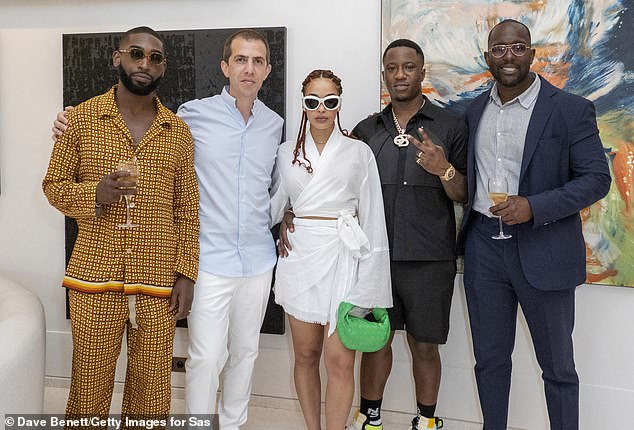 Tinie was spotted posing for photos with a number of people during his appearance at the art residency. Pictured L-R: Tinie, Sassan Behnam-Bakhtiar, Jorja Smith, Suspect and Dumi Oburota 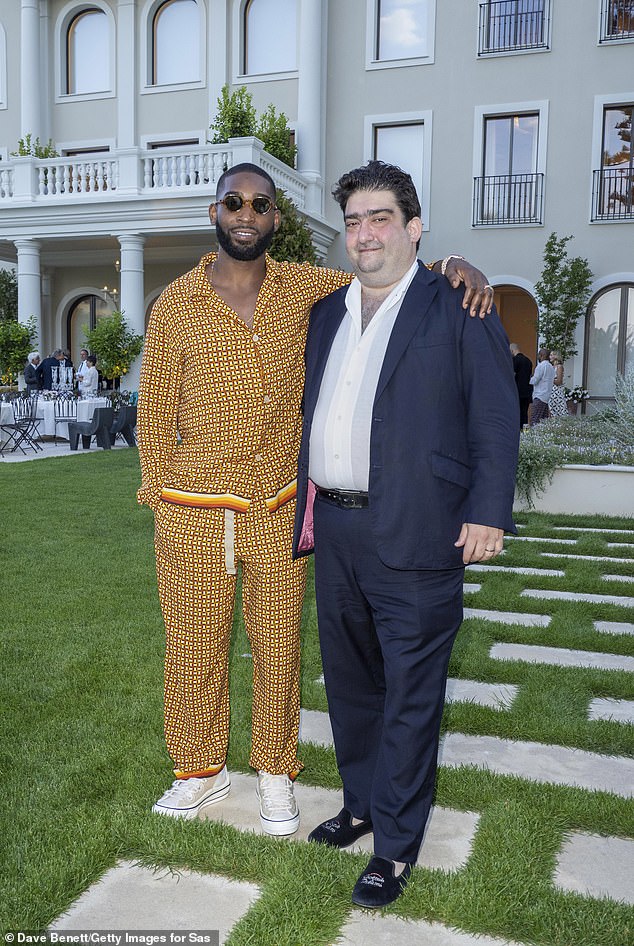 ‘Present The Future’: The art residency, in France, was created by Tinie in collaboration with curator Kamiar Maleki (pictured right) and Sassan Behnam-Bakhtiar

‘We are entering a future I have always dreamt of as an artist where the creators are empowered like never before.

‘Art and music have always gone hand in hand. Art inspires music and vice versa, and I am excited to present works and ideas Sassan and I have spent a year working on both in physical and digital form.’

Tinie isn’t the only musical artist to have ventured into the world of NFTs, with Bros star Luke Goss also having created a collection, entirely backed by NFTs.

The Bros drummer, 52, fell in love with painting during the Covid lockdown and his works, Love And Faith, which features 18 pieces of original artwork, will be entirely backed by non-fungible tokens [NFTs] making it the first collection to be released this way. 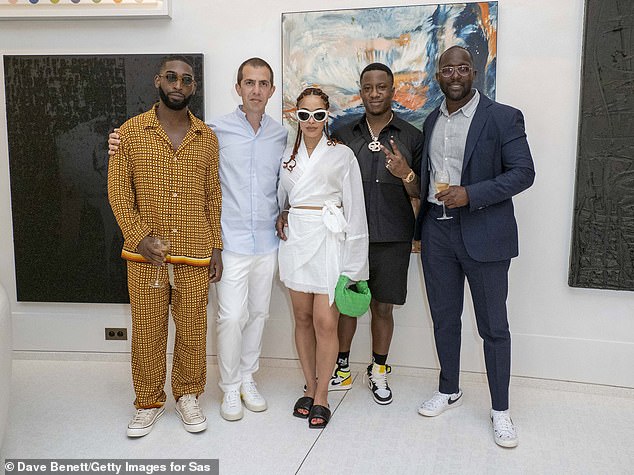 Soon to be auctioned: Although the residency officially launched on June 7, an auction of the art on display is set to take place on the evening of June 13

An NFT is an unique digital asset that acts as certificates of ownership, such as Bitcoin.  NFTs can be used to represent items such as photos, videos, audio, and other types of digital files.

Speaking about his upcoming exhibition, Luke told The Daily Star: ‘Painting was a new frontier for me as an artist, and part of the fun was breaking new ground.’

Of his decision to have his artwork backed by NFTs, the musician added: ‘When I first learned about NFTs and how they can establish a stronger connection between the art and the people who appreciate it, I knew that was another pioneering space I had to be involved with.’ 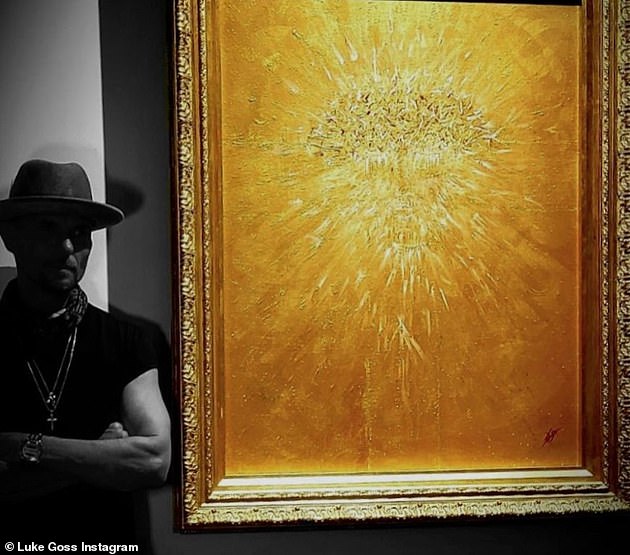 Proud: Speaking of his exhibition, Luke said: ‘Painting was a new frontier for me as an artist, and part of the fun was breaking new ground’ (pictured: Luke’s 2020 artwork)

Discussing how non-fungible tokens could be the future, Ed Rodriguez, CEO of BPN Capital Group – who are managing Luke’s collection – said: ‘Luke’s collection is a prime example of the type of real-world assets that NFTs represent.

‘By tokenising this collection, we can democratise ownership of these extremely valuable works of art.

‘Pairing their stake with a serigraph of Luke’s work makes blockchain and NFTS feel real and tangible.’ 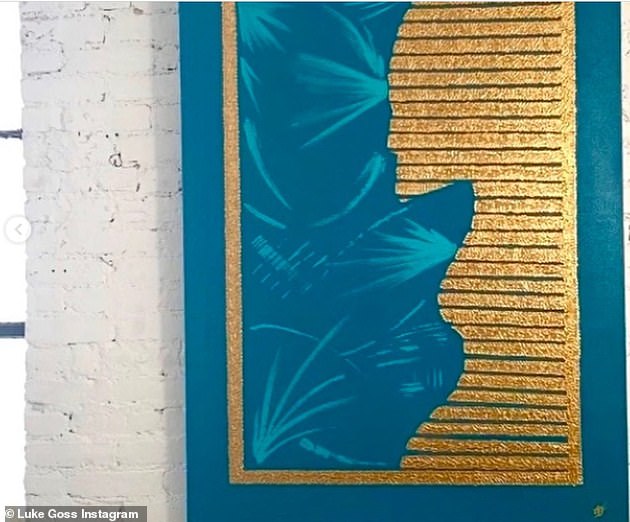 First time: Luke’s Love And Faith collection was entirely backed by non-fungible tokens, making it the first collection to be released this way (pictured: Luke’s 2019 artwork)

There’s an array of reasons why someone may want to buy a NFT. For some, the reason may be emotional value, because NFTs are seen as collectors items. For others, they are seen as an investment opportunity similar to cryptocurrencies, because the value could increase.

When were NFTs created?

Writer and podcaster Andrew Steinwold traced the origins of NFTs back to 2012, with the creation of the Colored Coins cryptocurrency. But NFTs didn’t move into the mainstream until five years later, when the blockchain game CryptoKitties began selling virtual cats in 2017.