The figure is made all the more staggering when compared to the measely population of the town, just 120 – making the amount of speeding tickets over 488 times its population.

Acquetico is in the north west of Italy in the region of Liguria, closer to the city of Nice in France than it is to any major Italian city.

The mayor, Alessandro Alessandri set up the pilot speed camera in September after dozens of the town’s 120 people complained about speeding.

A speeding car passed every few minutes on average in the 50km/h (31mph) zone.

One offender even reached a staggering 135km/h (84mph), made all the more shocking as the camera was set up on the town’s main pedestrian crossing.

The town is also mainly comprised of older residents who use the crossing where dozens of cars were clocked at twice the speed limit. 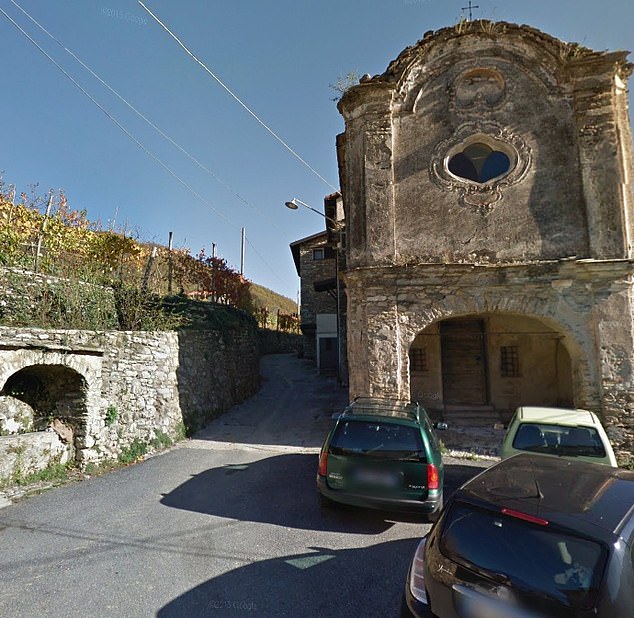 Acquetico is in the north west of Italy in the region of Liguria, close to the French border

Mayor Alessandri said to Italy’s Ansa news agency: ‘It’s really madness, considering that we have inhabitants who regularly move within the village and cross the road.’

‘A pedestrian risks being hit by a speeding car at 135km/h, maybe at 4pm on an ordinary afternoon,’ the Mayor’s office stated. 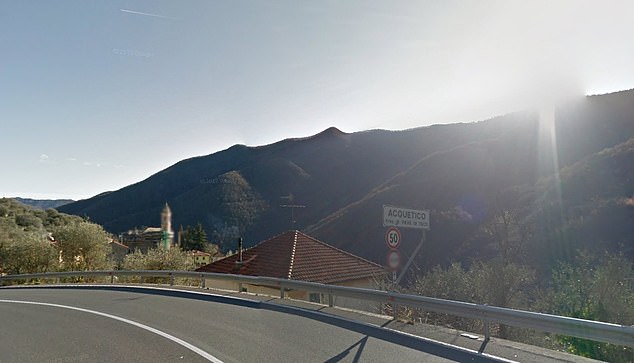 The mayor, Alessandro Alessandri, set up the pilot speed camera in September and will keep it

It is a strategic road with links to France and it’s also popular with motorcyclists, all adding to the maelstrom of problems the small town is dealing with.

This has prompted him to make the pilot a permanent feature.

‘We hope that these speed gauges can be an effective deterrent to motorists and that they can benefit the citizens of Acquetico, because you do not want to make cash with the fines, but it is necessary to protect people’s safety,’ he told Ansa.