Tiny pit bull survives despite having cleft lip and palate

A kindhearted foster mom has refused to give up on a tiny pit bull who was born with a series of serious health complications, and she is happy to report the pup is defying all odds.

Sasha was born in early September weighing just a mere 11 ounces, and from day one, she faced serious health issues. Born with a cleft lip and palate that made it impossible for her to nurse, Sasha was in dire need of medical attention.

Marie DeMarco, a veterinary nurse practitioner living in Westchester County, New York, was given custody of the ailing pit bull, and nearly four months later she is calling the dog her ‘miracle’ puppy.

Support system: A pit bull named Sasah (pictured) was born with cleft lip and palate, as well as a series of dire health conditions, but her foster mom Marie DeMarco refuses to give on her 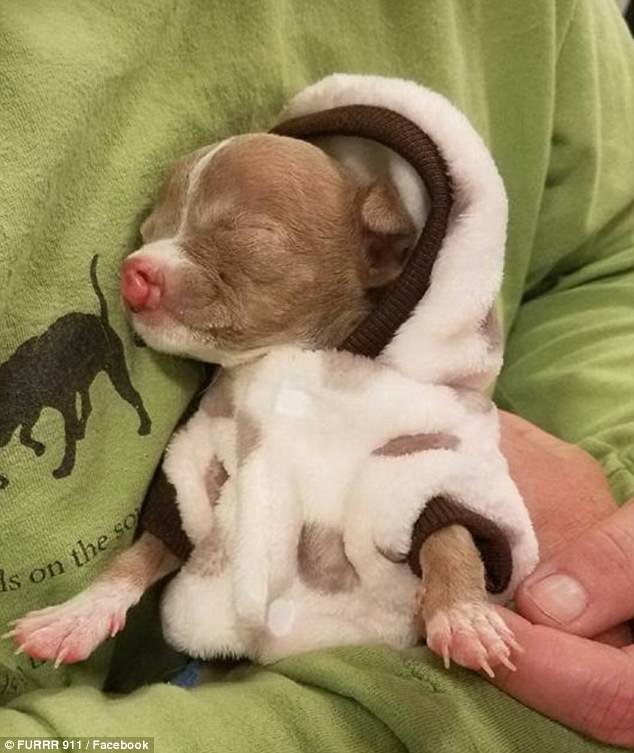 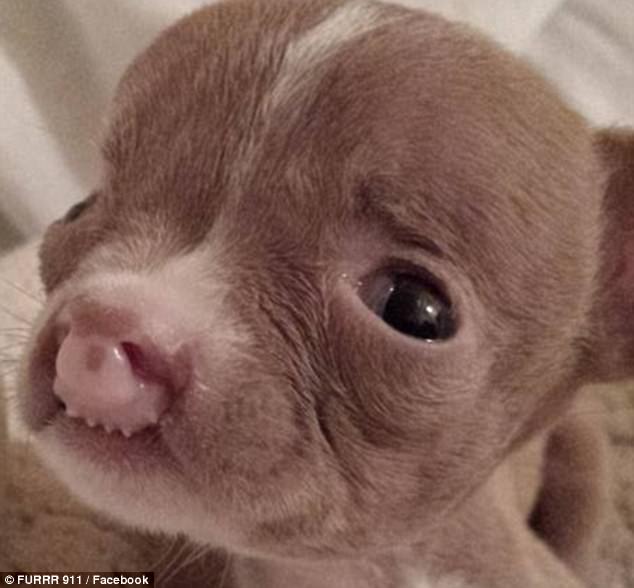 Issues: In addition to her cleft lip and palate, she has hydrocephalus, a build up of fluid in the skull. Her brain is only about a third the size it should be

When Sasha was born, the caretaker of the litter, reached out to Courtney Bellew, director of SNARR Animal Rescue Northeast, a New York-based rescue and rehabilitation center for animals with special needs.

‘The owner recognized she had a cleft palate and lip and wanted to try and save her,’ Courtney explained to The Dodo. ‘He brought her to my house and she was so tiny and fragile.’

Courtney knew Sasha would have to be tube-fed because of her cleft lip and palate, so she called Marie, an experienced veterinary nurse practitioner who has cared for neonatal, injured and critically ill kittens.

Bellew made the decision to drive Sasha up to Marie’s home in New York, and for the trip she kept the puppy wrapped up in blankets in a box and created a makeshift heating pad by putting rice in a sock to keep her warm. 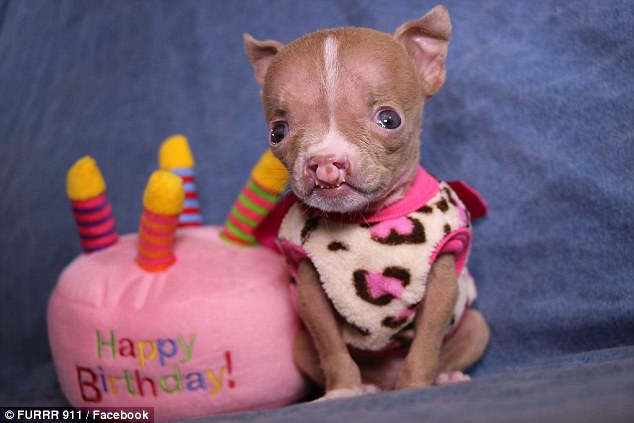 Birthday: Sasha is three and a half months old, and Marie puts her in sweaters and dresses to keep her warm 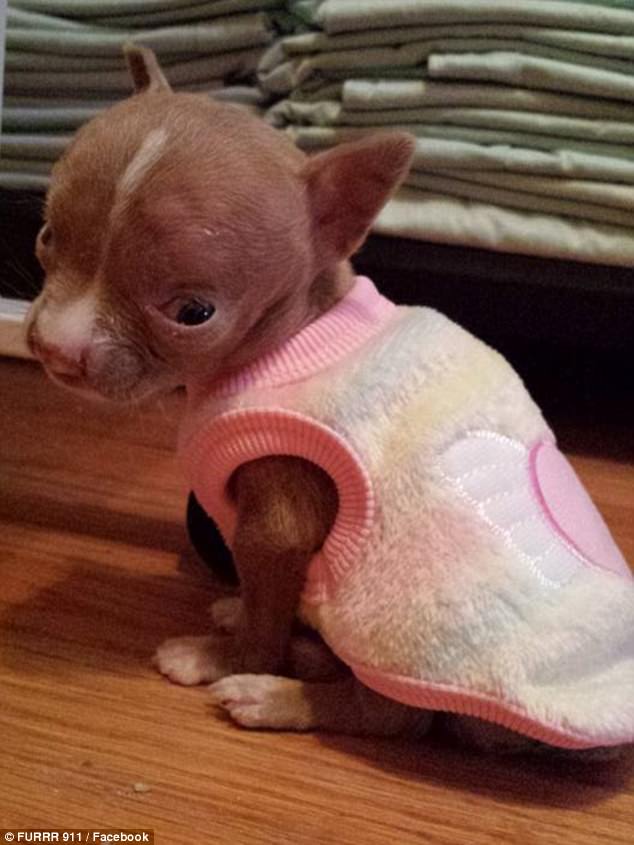 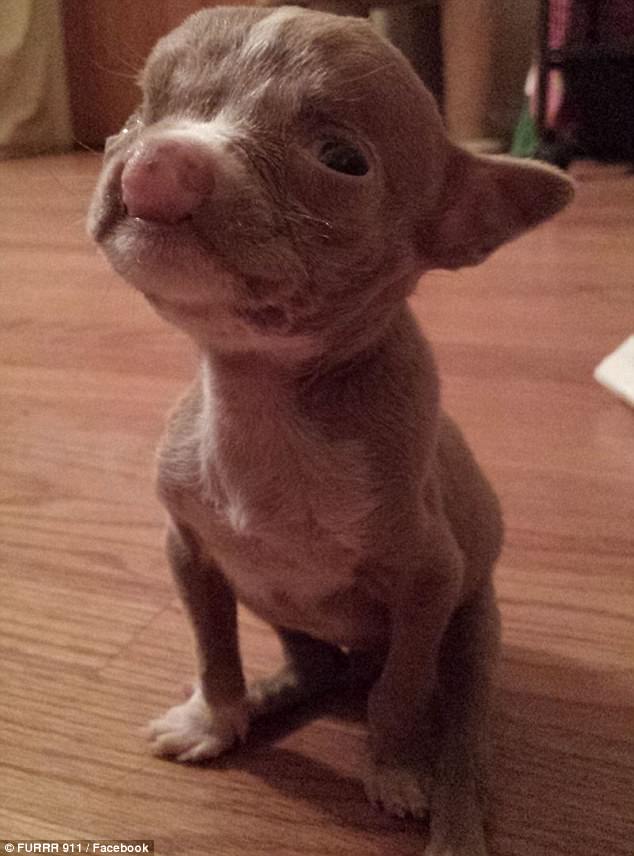 Future: Despite all of her health issues and complications, Sasha lives a happy life where she is loved by Marie, although it’s too soon to know her future

Upon receiving the puppy, Marie noticed something strange about Sasha’s head; it looked too big compared to her small body. After tests, a veterinarian confirmed that Sasha has hydrocephalus, ‘a buildup of cerebrospinal fluid in the skull.’

The puppy’s brain is only about a third the size it should be, and she has been plagued with other health issues since she was born as well.

Sasha developed an upper respiratory infection, a urinary tract infection, and has some orthopedic issues, making her survival an uphill battle.

However, Marie was not going to let Sasha be put down. The founder of the nonprofit FURRR 911 took the pit bull under her wing, and she is impressed by the dog’s ‘amazing will and determination.’ 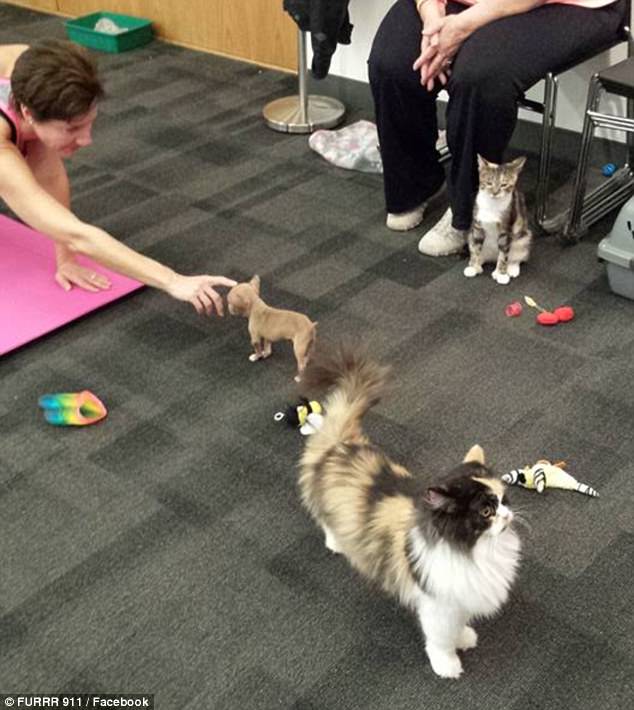 Too cute: Marie is an experienced veterinary nurse practitioner, and Sasha loves to play with her foster kittens and cats 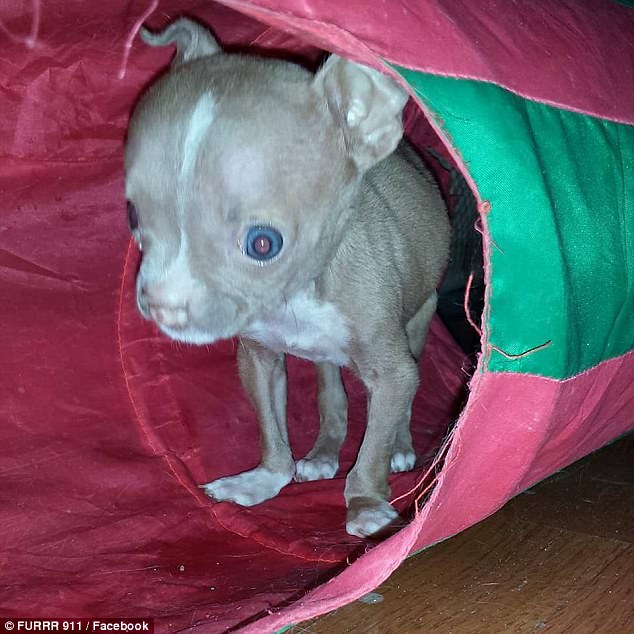 Overcoming adversity: Maria pointed out that Sasha has ‘an amazing will and determination’ 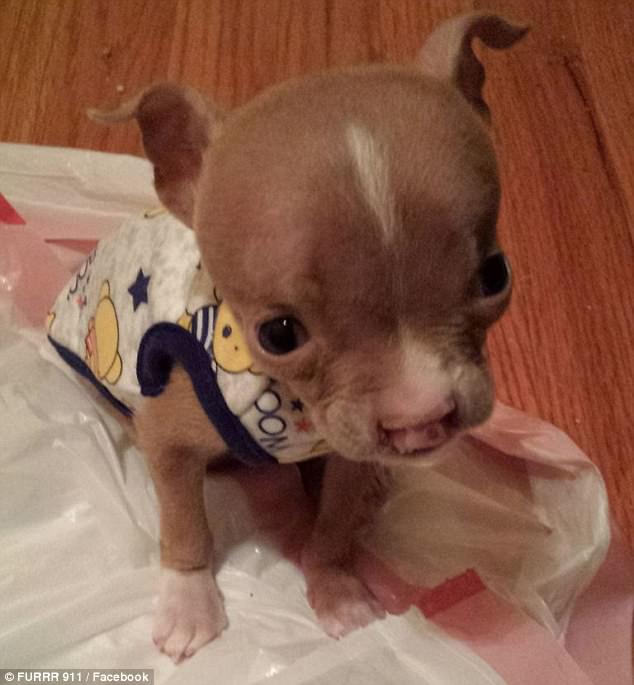 She’s a fighter” ‘She was dealt some bad cards in life, but boy, is she loved,’ Marie said

As Sasha’s foster mom, she feeds the puppy every three to four hours during the day and every five hours at night, giving them both some time to rest.

‘She’s defying all the odds and she’s proven that she wants to be here,’ Marie shared.

Today, Sasha is three and a half months old, and weighs just one pound, nine ounces, making her unable to receive life-saving surgeries as she’s not big enough yet.

Despite all of her health issues and complications, Sasha lives a happy life where she is loved by her owner Marie, who puts her in tiny sweaters and dresses to keep her warm.

While it is too soon to say what will end up happening to Sasha, the people in her life are not worrying about the future, instead they’re remaining optimistic and hopeful.

‘She was dealt some bad cards in life, but boy, is she loved,’ Marie said.