TN students go against the mold for National Walkout Day

Teenagers at a ‘peaceful’ protest at Antioch High School were seen tearing down an American flag during massive brawl.

They walked out of class along with thousands of others around the country to demand stricter gun legislation in the wake of the Parkland massacre.

Students at Centennial High School in Franklin, Tennessee, took to the streets with Confederate flags to counter protest. 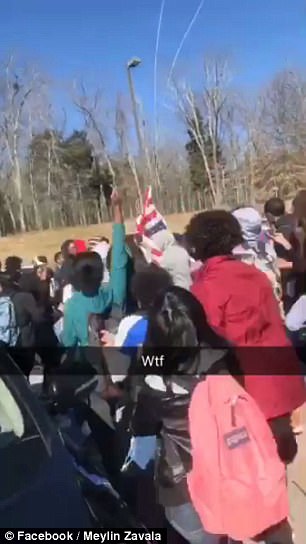 According to a student at the school, Antioch High School had planned to have 17 minutes of silence to remember the 17 people slain by Nikolas Cruz at Marjory Stoneman Douglas High School in Parkland, Florida last month.

Metro Schools released a statement on Wednesday condemning the videos that were posted.

‘At MNPS, we respect the right of our students to advocate for causes that are important to them,’ the school said, WSMV reported. 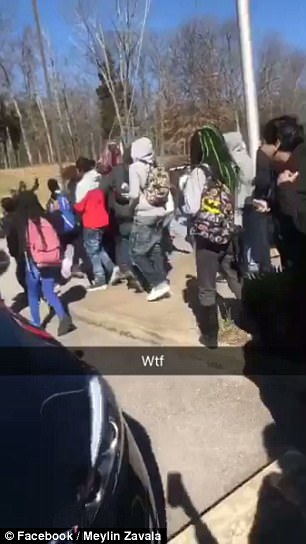 ‘Unfortunately, some students on our Antioch campus today chose to protest in ways that significantly disrupted school operations and threatened the safety and order for other students and staff within our school.

‘Swift action was taken by school security and MNPD to address the situation.

‘No students or staff members were injured during the walkout?’

‘The safety of our students and staff is our top priority. Inappropriate behaviors that threaten school safety will be handled immediately and firmly in accordance with the Student Code of Conduct and MNPD.’

‘We understand that our students may be feeling lots of emotions, including anxiety, fear and even anger about today’s events. We encourage parents to talk to your child(ren) about how they may be feeling, and the importance of expressing themselves in appropriate ways while at school. MNPS also has counselors available and ready to talk to students at any time. We look forward to welcoming students back tomorrow for a great day of teaching and learning.’

Meanwhile, a video showed the students at Centennial High School waving the Confederate flags towards those at their school who participated in actions.

Three white students can be seen holding a Confederate flag, briefly, before the clip goes out.

The school has not released a statement pertaining to the video. 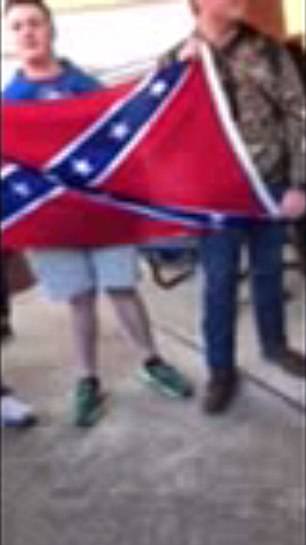 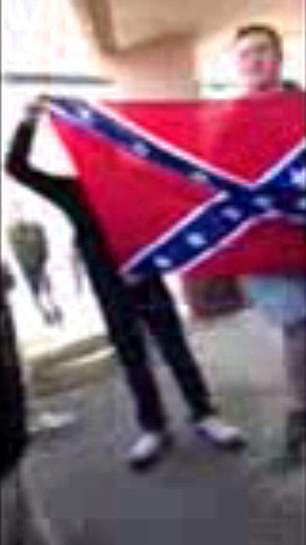 Students at Centennial High School in Franklin, Tennessee, took to the streets with Confederate flags to counter protest