Toblerone releases its first ice lolly in the UK

Chocolate fans have been sent into a frenzy by the news that Toblerone could be bringing their first ice lollies to the UK.

The triangular chocolate bar, a popular Christmas gift, is set to be sold with an ice cream filling for the first time.

The new product, from Mondelēz International, is being launched across stores this summer and will sell for £1.80 each, according to a business owner who shared a picture of a recent catalogue featuring them.

The internet has already gone wild for the bars, with many saying they are desperate to get their hands on some. 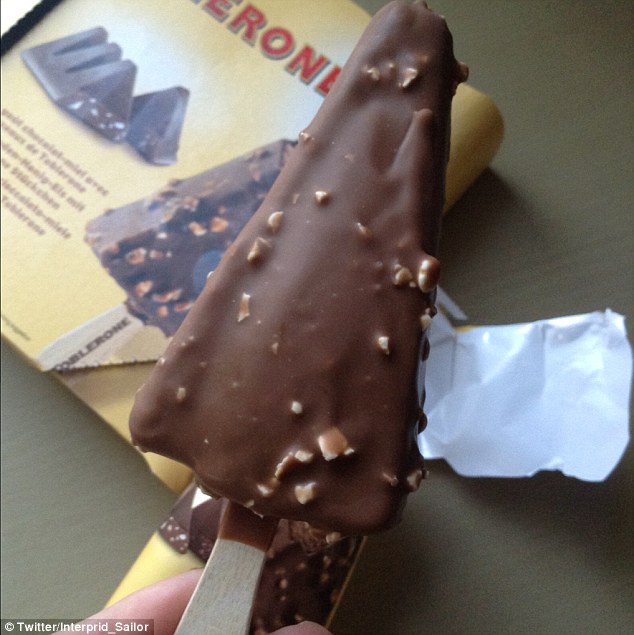 It also seems that supermarkets are gearing up to sell the ice cream in multi-packs, as they are listed on ASDA and Tesco on MySupermarket.

However it’s bad news for chocolate lovers across the pond, as the product doesn’t seem to be available outside of Europe and hasn’t appeared on any American websites.

The tasty treats appear to feature the chocolate’s classic honey and almond nougat combination but with an ice cream filling.

Shoppers have already gone crazy for the treat, with many saying they are already desperate to buy one

Hopeful shoppers are already tweeting about their desire to buy one, despite the product not being available to buy yet.

‘I have got to find this Toberlone ice cream [sic],’ one tweeted, followed by licking lips and chocolate emojis.

While another said: ‘I need that Toblerone ice cream now.’

‘Just came to know that Toblerone have release ice cream lollies, I can’t wait to have one,’ a third agreed. 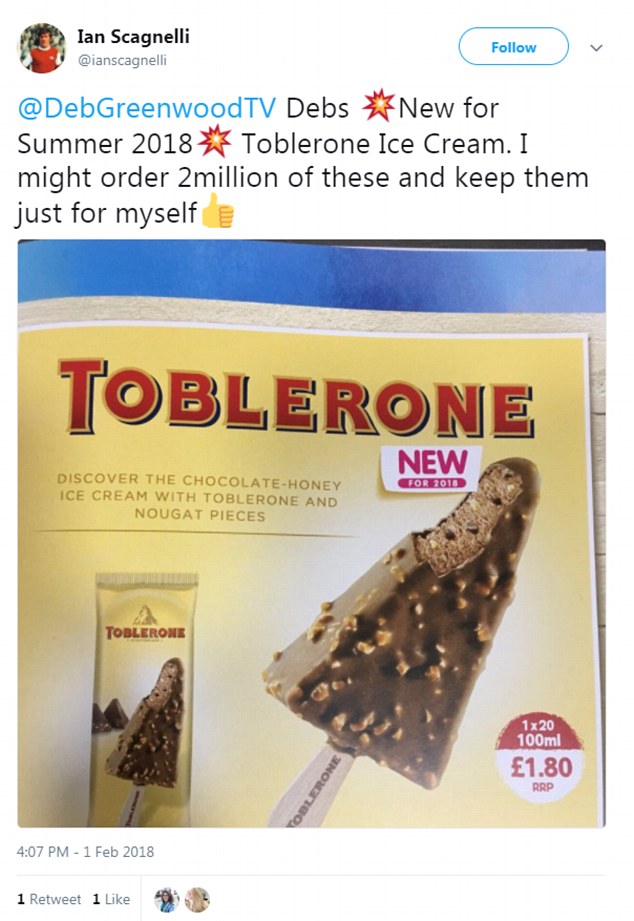 The products are listed on MySupermarket as being sold at ASDA and Tesco in a £3 three pack, and will be sold individually for £1.80. One business owner took a snap of a catalogue featuring the product

Toblerone is just the latest chocolate bar to be transformed into a hugely coveted ice cream treat.

Earlier this month Kinder Bueno caused a stir when it announced the launch of three new ice cream versions of the product. 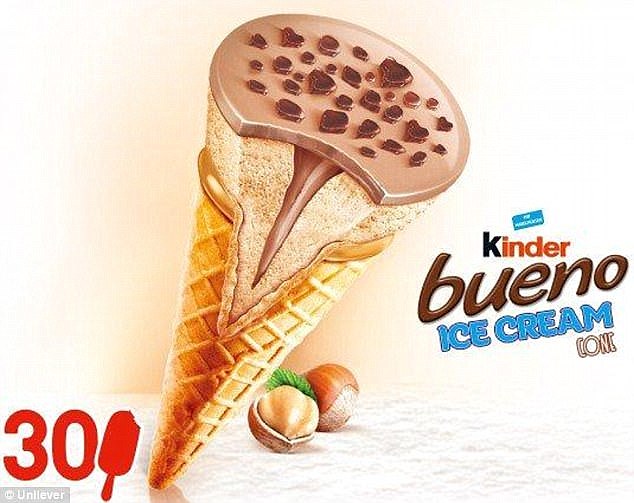 Ice cream heaven: Kinder Bueno announced that they will be selling frozen versions of the candy bar Delicious and nutritious: The ice cream is just 206 calories so people looking to cut back can still enjoy the sweet treat 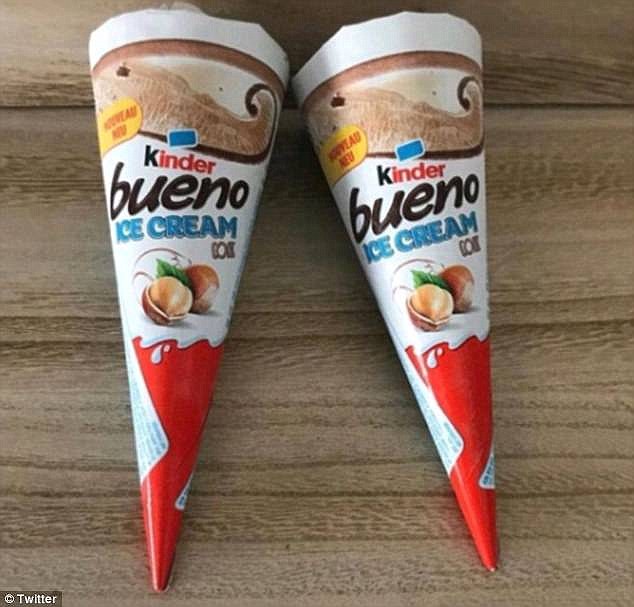 Tasty! The news of the ice cream’s release has sent social media into a frenzy of excitement

Fans of the sweet treat have taken to social media to share their excitement over the new addition to the range.

One fan wrote on Twitter: ‘Kinder Bueno ice creams exist and I need one,’ while another agreed and said: ‘Right where can I get those kinder bueno ice creams from? Serious now’.

Others were pleased to hear about the ice cream bars as it had ‘made their dream come true’.