Today anchors reunite with their families after Olympics

The excitement and hustle of the 2018 Winter Games may be over, but for the athletes and organisers who worked hard, and played hard, for the 16-day competition, home has never sounded so good.

That applies to journalists too.

Out of the international teams lucky enough to take the trip to Pyeongchang, there was probably no greater pressure than that which was on NBC, a broadcaster that saw their ratings drop by 30 per cent during their Olympic coverage – a guaranteed ratings winner for the broadcaster since 1988.

But competition aside, the anchors from Today Show seem content on just being back in New York City after they posted pictures of them reuniting with their families on on Instagram.

Pictured, Hoda Kotb reunites with her partner Joel Schiffman and her daughter Haley Joe, who she adopted last year

Hoda Kotb, 53, arrived back in New York where she was joined by her partner Joel Schiffman and daughter Haley Joy, who she adopted last year.

Dylan Dreyer, who does weather for the team, was also able to reunite with her husband Brian Fichera and their one-year-old named Calvin.

Dylan had taken ill with the flu almost immediately after arriving in Pyeongchang, according to NBC.

Weatherman Al Roker posed for a picture with his family who had come to pick him up at the airport on Saturday. 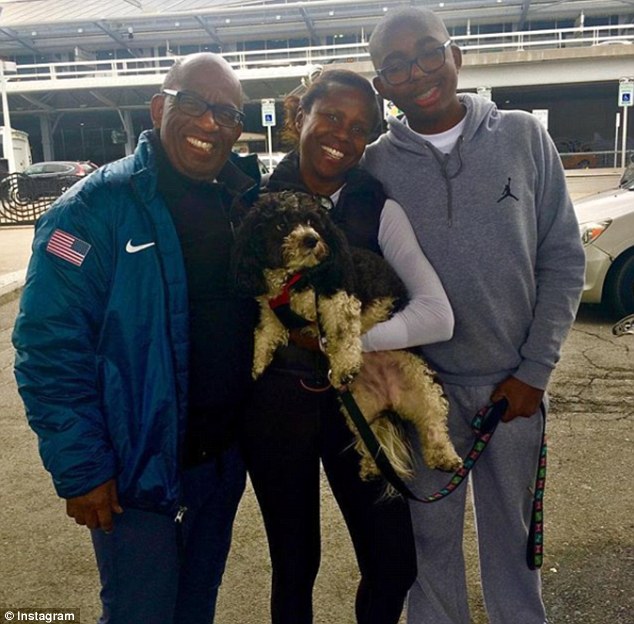 Pictured, Al Roker arrives back from Pyeongchang and is met by his family at the airport, including wife Deborah Robert, son Nicholas and family dog named Pepper 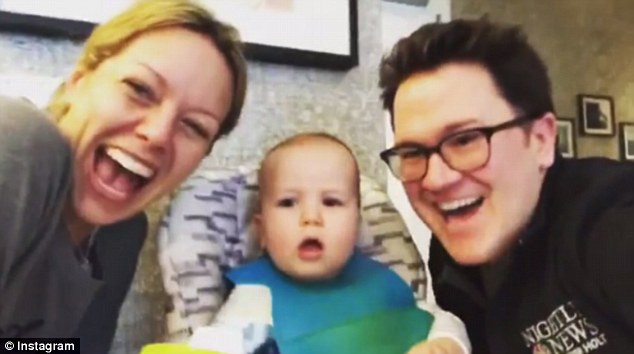 Pictured, Dylan Dreyer, who does weather for the team, was also able to reunite with her husband Brian Fichera and their one-year-old named Calvin 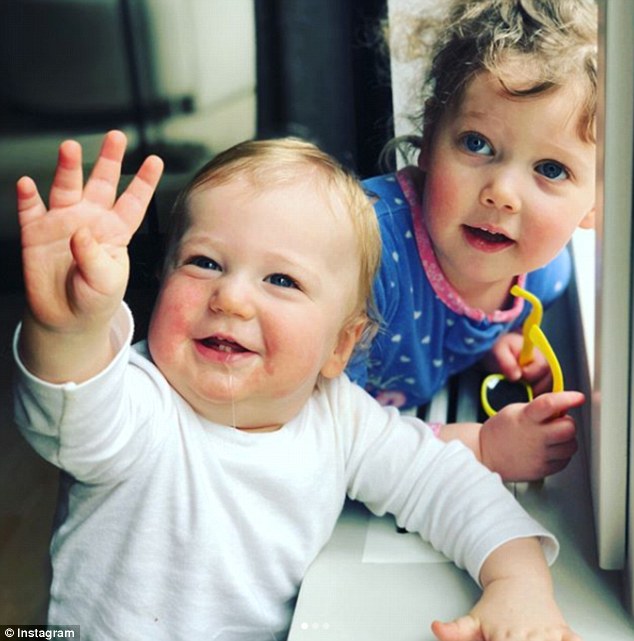 Pictured, Today Show host Savannah Guthrie posted this image of her children, Charlie, 1, and Vale, 3, before leaving for Pyeongchang

Savannah Guthrie, who took over co-hosting with Hoda Kotb after Matt Lauer was fired for alleged sexual misconduct, went home to her her son Charlie, 1, and daughter Vale, 3.

Savannah had been rumored for taking over Lester Holt’s position at NBC Nightly News after a slip in ratings during the Olympics may have put his spot in jeopardy.

The 16.4 million viewers who watched NBC, NBCSN and streaming services in prime time was the second lowest of the Olympics so far, and down 19 per cent from the corresponding night in Sochi.

NBC has the rights to the Olympic Games until 2032.