Before becoming a TV presenter, Richard Wilkins was a successful pop star in Australia and New Zealand in the late 1970s and 1980s.

And on Friday, the Today host relived his glory days as singer ‘Richard Wilde’ when he announced his old records were being re-released after 40 years.

But the news was overshadowed by a rather rude ’80s tabloid headline visible on the screen behind him, which read: ‘Richard is a wild fiddler’.

A Wilde time! Ally Langdon could not stop giggling as she pointed out a cheeky headline about Richard Wilkins from his heyday as a popstar in the 1980s that joking called him a ‘wild fiddler’, during an interview with him on Friday

Fellow presenter David Campbell was the first to notice the headline, saying: ‘One of the headlines is “Richard is a wild fiddler” because you love a bit of violin.’

Richard then explained: ‘I through a violin in there. I was classically trained. 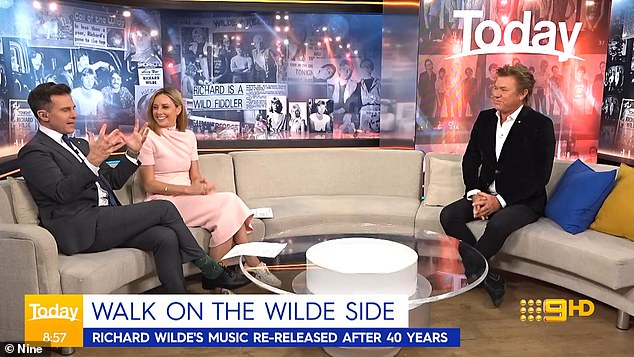 That explains it! Richard, who was a popstar in the late 1970s and 1980s, talked about his the re-release after 40 years. Co-host David Campbell (left) pointed on the screen behind Richard: ‘One of the headlines is, “Richard is a wild fiddler”, because you love a bit of violin

Allison then stood up to show viewers exactly what they were talking about, pointing at the headline and saying: ‘I feel it needs context.’

Richard seemed unimpressed with the headline, but David softened the blow by making it clear he was actually a ‘fantastic violinist’ who had even played with renowned Dutch violinist André Rieu.

Later in the chat, the showbusiness veteran revealed that while he was re-releasing his old records, he wouldn’t be recording again or hitting the road.

‘I shan’t be putting the band back together. I shan’t be playing live and can’t sing that high any more,’ he said. 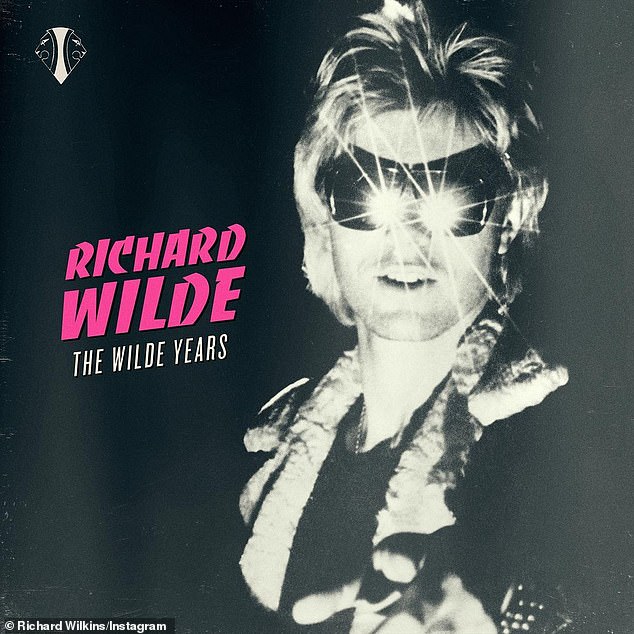 A Wilde time: Before his work as a TV presenter, New Zealand-born Richard rose to fame as Richard Wilde and had signed a deal with the now defunct record label PolyGram

Before starting his broadcast career with Channel Nine, he was known as Richard Wilde and had a record deal with the now-defunct label PolyGram.

He fronted a band called Wilde and Reckless, and in 1987 he became the first host of MTV Australia when it launched in partnership with Nine.

Richard is now the entertainment editor for Channel Nine, and regularly hosts segments on Today and Today Extra. 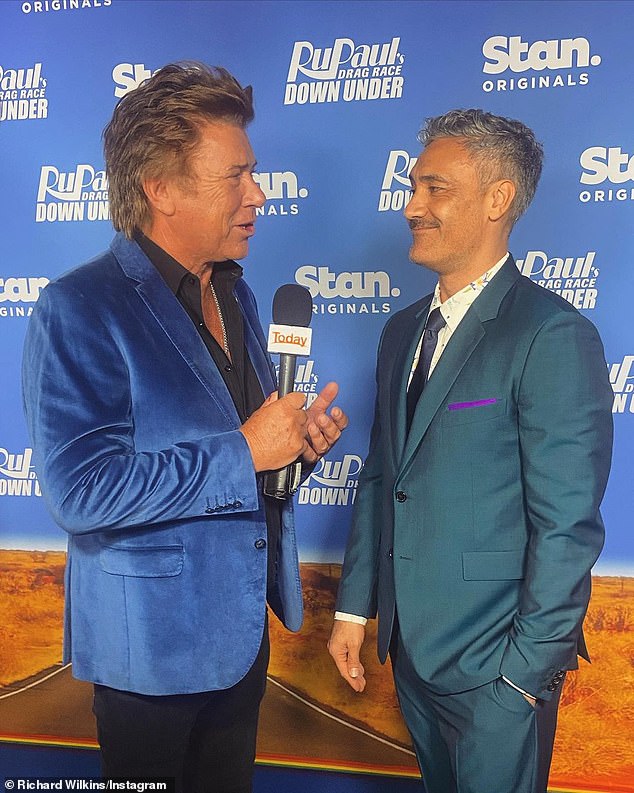