Party girl! Toddler is caught swinging from the chandelier in her bedroom in hilarious nanny cam footage

A toddler channeled her inner Sia when she was caught swinging from the chandelier in her bedroom.

Footage captured on a nanny cam in Edgewater, Maryland, shows the girl hanging on the chandelier while her twin sister watches on.

Three-year-old Elise grabbed hold of the lighting fixture above her bed and span herself round several times before dropping down.

Three-year-old Elise swings from the chandelier in her bedroom in Edgewater, Maryland, in nanny cam footage 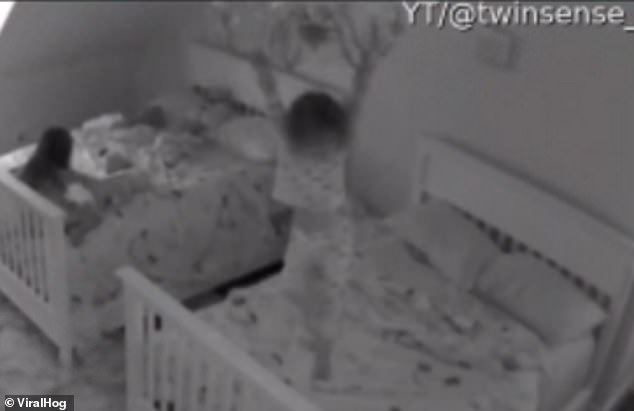 In the video, Elise climbs onto her bed frame, nearly falling in the process before finding her balance.

She grabs hold of the chandelier and begins spinning herself round while still standing on the bed.

Her spins become faster and she swings off the bed frame three times before falling on to her bed.

Elise gets up to try and climb onto the bed frame again but gives up to go and play with her sister. 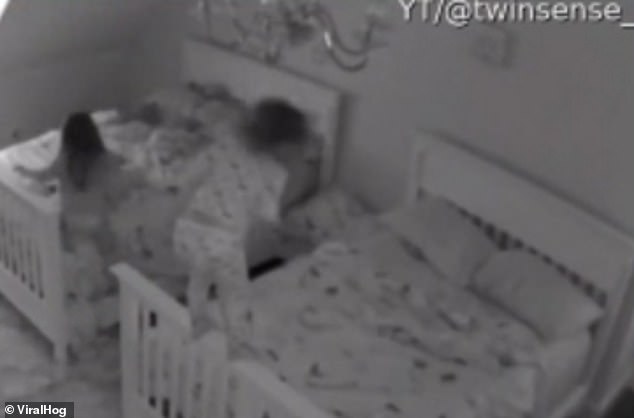 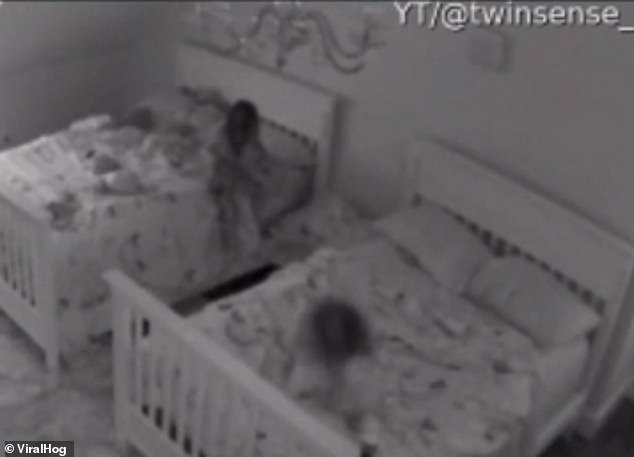 The footage was taken on July 3 and uploaded onto social media site TikTok by the twins’ mom.

She said: ‘After converting my twins’ cribs to ‘big girl beds’, I quickly realized it was a mistake.

‘I could hear a noise coming from the girls’ nursery during their nap time so I pulled up my Arlo Security app and realized one of my twins, Elise, was swinging from the chandelier.

‘Thankfully she wasn’t hurt but the chandelier was immediately removed. This is just one, of many, reasons why I can’t have nice things anymore.

‘My girls still ask for their chandelier but I’d be willing to bet their reason isn’t for utility.’