Toddler tells his mum off for saying ‘bath’ wrong

By Alice Evans For Mailonline

It’s a useful clue to work out which part of the UK someone is from.

So this toddler from an affluent London suburb had an identity crisis when his mother pronounced ‘bath’ with a short ‘a’ sound while reading him a bedtime story.

Two-year-old Harrison looked up from Mr Tickle to remonstrate with his mother, who is from North Wales – far away from the family’s home in Kingston upon Thames. 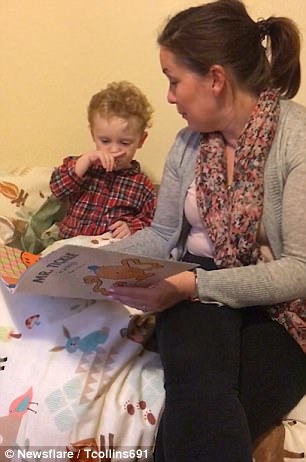 Outrage: Harrison (left), two, from Kingston upon Thames in south west London, looked up from Mr Tickle to remonstrate with his mother (pictured) when she said the word ‘bath’

In the short clip, filmed by Harrison’s father, his mother reads: ‘They can answer the phone when Mr Tickle is in the bath.’

Harrison stares at the page for a moment before saying defiantly: ‘Bath’, pronouncing it with a long ‘a’ sound.

A hilarious exchange then begins where an outraged Harrison and his mother fight to say their pronunciation of the word with the most authority. 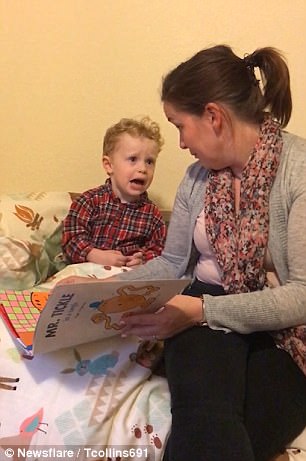 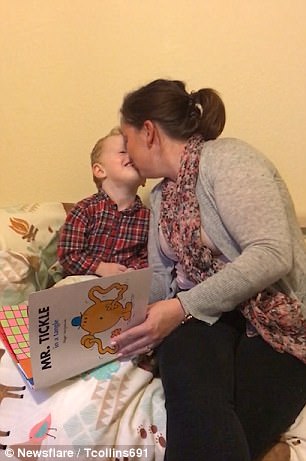 A hilarious exchange then begins where a Harrison and his mother fight to say their version of the word with the most authority. The pair rowed until Harrison’s giggling father broke the ice, and the toddler and his mother kissed to show they were still friends (right)

The pair rowed until Harrison’s giggling father broke the ice, and the toddler and his mother kissed to show they were still friends.

But Harrison made sure he had the last word, and repeated ‘It is bath’ after the truce – earning praise from his father who said: ‘It is bath [ba-r-th], good boy.’

Harrison’s father said: ‘Harrison, having learned to talk in the south of England pronounces it “b-a-r-t-h”, however my wife pronounces it with no “r”.

‘It had me in stitches that a two year old was correcting his mother… his mother with a PhD no less.’