Toddler with a 1 per cent chance of survival defies odds

A severely-disabled toddler born with a one per cent of surviving has defied the odds to live.

After being born ‘lifeless and grey’, with his parents being told to expect the worst, Samuel spent three days in intensive care, fighting for his life.

His parents Jonathan, 36, and Anna, who also have a daughter named Estella, believe Samuel, from Morpeth, Northumberland, is doing so well due to his tireless attitude.

Jonathan said: ‘Everybody who works with Samuel talks about his determination and his strong will.

‘He’s so persistent and he learns from getting things wrong.’

Samuel’s parents are speaking out to raise money towards sending him to the Neurological and Physical Rehabilitation Therapy Centre in the US next year to help further his development.

Cerebral palsy affects around one in 400 babies born every year in the UK.

Severely disabled Samuel Wright, born with a one per cent of surviving, has defied the odds 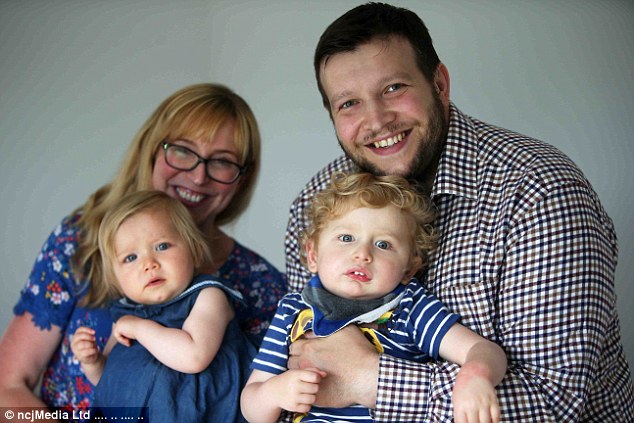 His father Jonathan (pictured with Samuel’s mother Anna and sister Estella) believes his son’s tireless, persistent attitude is behind him defying all of his doctors’ expectations

‘We could never have imagined this’

Speaking of seeing his son walking, Jonathan said: ‘I think we all expected him to be in a wheelchair by now.

‘Knowing what happened when he was born, the prognosis and looking at what similar children were doing, we could never have imagined this.’

As well as Samuel’s refusal to give up, Jonathan also credits his son’s treatment for his remarkable progress.

He said: ‘He’s doing so much better than anyone thought – since he was born we’ve taken him all over the country seeing specialists and he’s had all sorts of therapy. 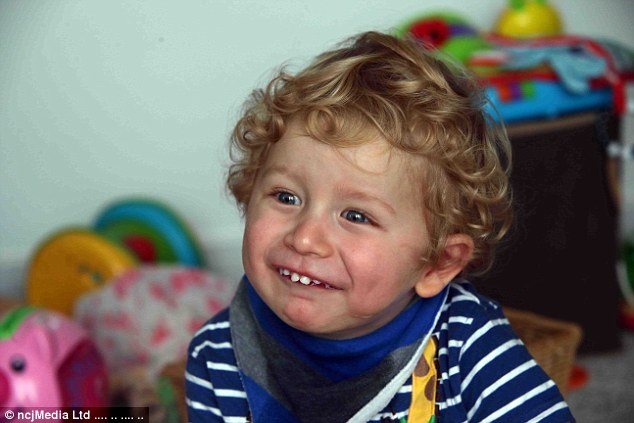 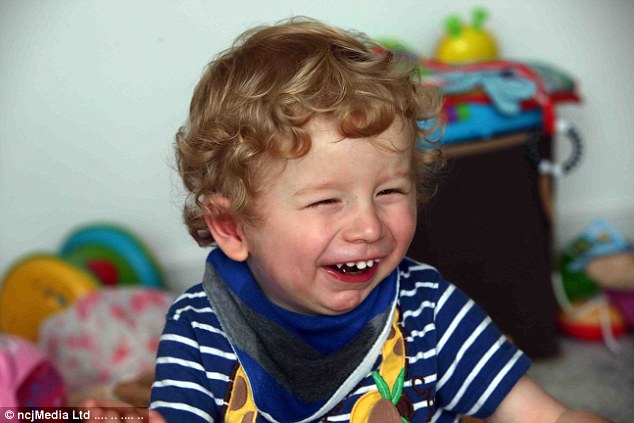 Samuel’s parents, who expected him to be in a wheelchair, praised their son’s treatment

Caused by complications at birth

It took doctors 23 minutes to calm his heart, as well as three attempts to insert an intubation; a plastic tube placed in the windpipe to open up the airway, in the youngster.

Spastic quadriplegia cerebral palsy is generally caused by brain damage either before, during or shortly after birth.

This may be the result of infections, toxin exposure or medical negligence.

WHAT IS QUADRIPLEGIC SPASTIC CEREBRAL PALSY?

Quadriplegic spastic cerebral palsy is the most severe form of the condition and causes sufferers to not be able to use their legs, arms and bodies.

Cerebral palsy is a neurological disorder that affects a patient’s movement, motor skills and muscle tone.

It affects around one in 400 children born in the UK to some extent.

Quadriplegic spastic cerebral palsy is generally caused by brain damage before, during or shortly after birth.

This may be due to infections, toxin exposure or medical negligence.

Sufferers may develop limb and foot deformities, as well as curvature of the spine.

Surgery may also be necessary.

Anna experienced complications during Samuel’s birth, which made his heart rate unstable 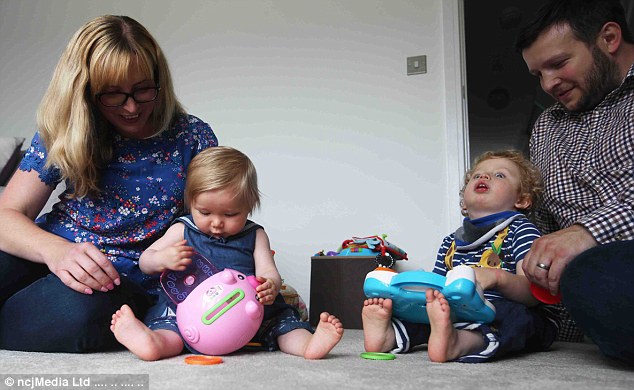