Naomi Osaka’s bid to become the first Japanese player ever to win Olympic gold came to a abrupt halt as she was beaten in straight sets by Marketa Vondrousova in the last-16.

Osaka, world No 2, was considered the tournament favourite once Wimbledon champion and world No 1 Ash Barty suffered a shock round one exit.

But Vondrousova, who reached the final of the French Open in 2019, was ruthless in her execution and having took the first set 6-1 in just 24 minutes, she held her nerve in the second set to run out 6-1, 6-4 winner. 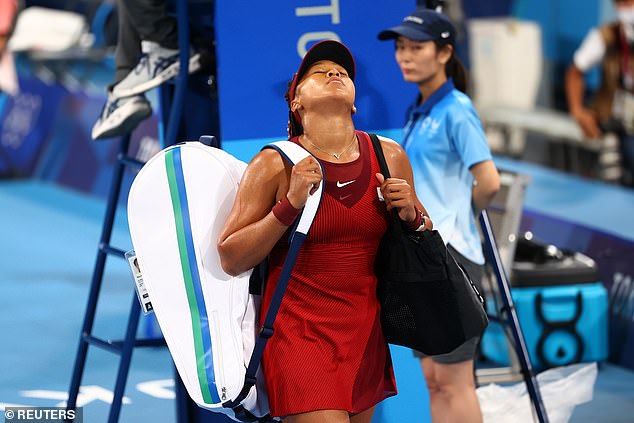 So much was made of Osaka returning to court for this tournament.

It was Osaka who chose to withdraw from the French Open and Wimbledon with growing concerns over her mental health.

She pointed to press conferences increasing ‘anxiety’ and so when she spoke to media members and said she was ‘glad’ they were asking her questions after her first round win, it appeared she was in a good place.

But a bitterly disappointed Osaka left the the Ariake Tennis Park within minutes of her defeat to Vondrousova, avoiding media members in the mixed zone. 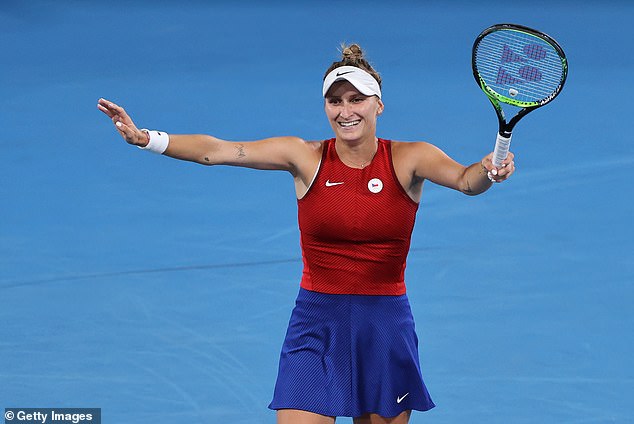 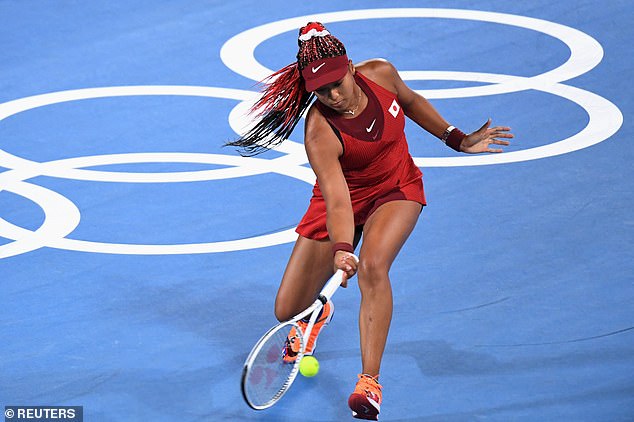