An outpouring of emotion from AFL players has summed up what the rest of Australia was feeling after another golden swim from Ariarne Titmus at the Tokyo Olympics.

The women’s 200 metre freestyle final stopped the nation as the swimming superstar stormed home to win her second gold medal within 48 hours.

The victory sparked wild celebrations back home, where Melbourne Demons AFL players were among the most excited viewers.

Heartwarming footage of players taking a break from training to watch the race has gone viral online.

Crowded around a small television, players were filmed anxiously riding every moment and jumping up from their seats as they urged Titmus to victory. 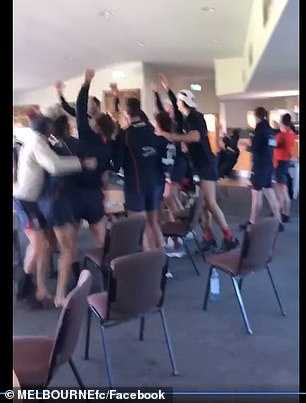 The room erupted into roaring cheers with players leaping from their seats the moment Titmus touched the wall first.

Players went berserk as they whooped with cries of joy and embraced each other as if they’d won the gold medal themselves.

‘Hope Ariarne sees this. What a buzz!,’ one viewer tweeted.

Another added: ‘Don’t like AFL, but that is sick.’ 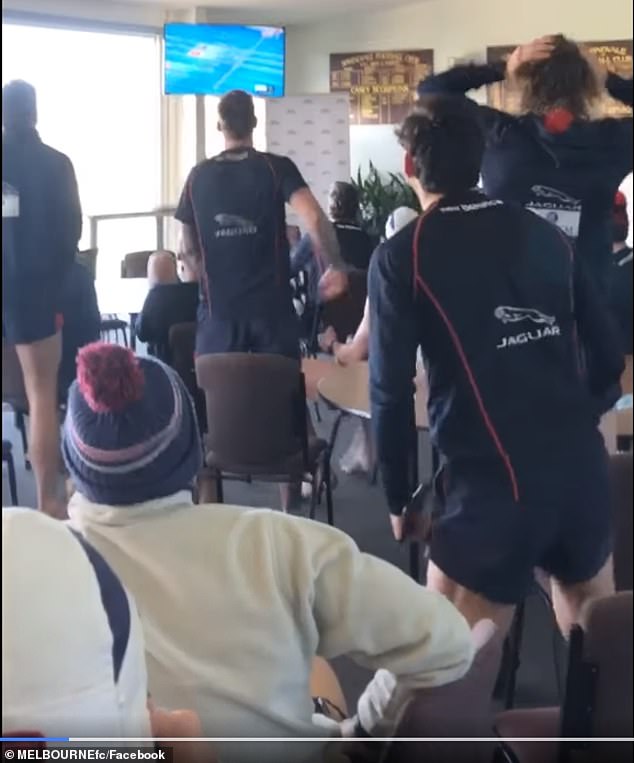 Even rival AFL supporters were impressed.

Other Demons fans urged players to save their energy for this weekend’s clash against Gold Coast Suns while others hope there will be similar wild celebrations come September 25 after the AFL grand final.

‘We’ll be cheering the red and blue like this in September, hopefully the last game of the season,’ one die-hard wrote. 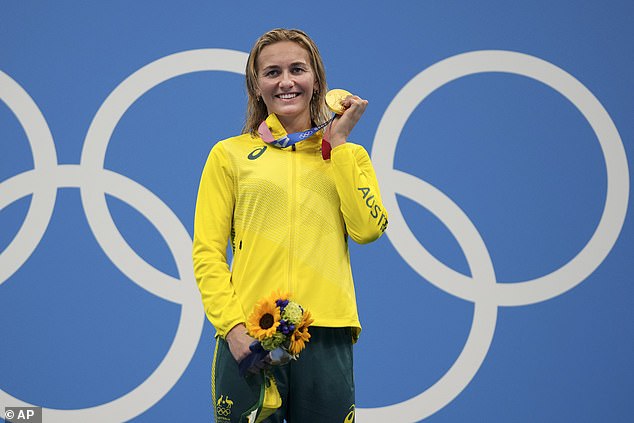 Titmus’ victory capped off an incredible morning for Australia with two gold medals earlier in the rowing.

There could be similar celebrations on Thursday with Titmus expected to swim in the women’s 4x 200 metre freestyle relay final, where Australia has qualified fastest. 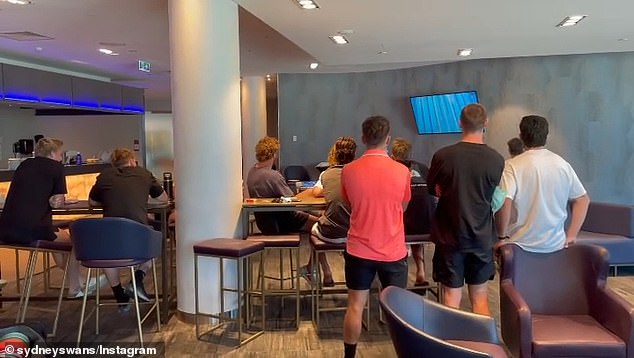