Australian tennis sensation Alex De Minaur has tested positive for Covid and therefore ruled out of the Olympic Games.

The Tokyo Olympics is due to begin on July 23, and will take place in empty arenas to reduce the risk of Covid spreading among athletes.

But on Friday, the World No. 17 tennis star tested positive to the respiratory virus after competing in Wimbledon.

The diagnosis rules De Minaur out of the 2021 games, dashing his ‘lifelong dreams’ of competing in an Olympic Games.

‘He is shattered,’ an Australian Olympic Committee spokesman said on Friday morning.

De Minaur had been selected to play both singles and doubles competitions with his partner John Pearce, who is expected to still be eligible to compete.

No other players came into contact with De Minaur after he left Wimbledon on July 5, where he received a negative Covid test.

All other athletes have since tested negative and will be expected to undergo further tests.

According to the International Olympic Committee, just three athletes out of 8,000 have tested positive to Covid after arriving in Tokyo for the games between July 1 and 13.

In total, 26 people ‘linked’ to the Games have tested positive. 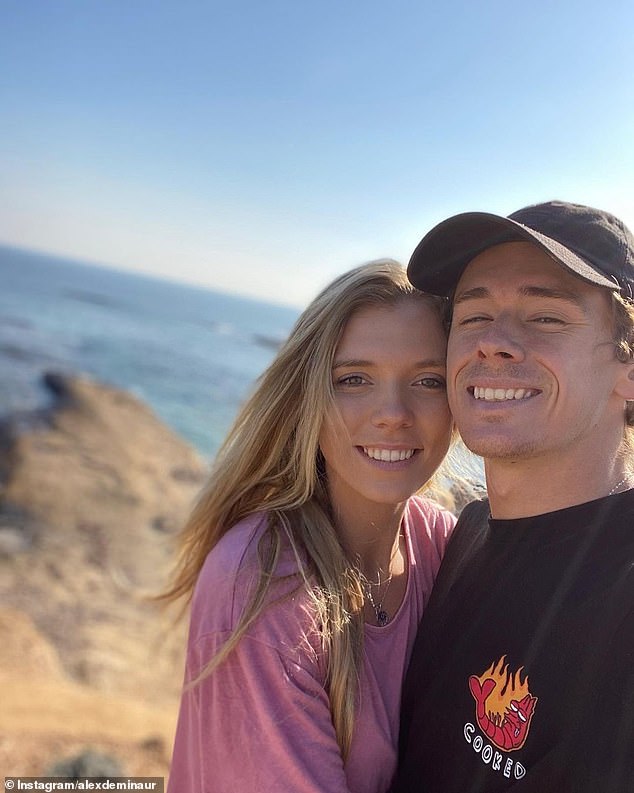 ‘He is shattered,’ an Australian Olympic Committee spokesman said on Friday morning

The Australian Olympic Committee spokesman also revealed Australian basketballer Liz Cambage is being investigated by Basketball Australia and could potentially be scrubbed out of the Games.

The four-time Women’s NBA star was involved in a physical altercation against a Nigerian player which reportedly resulted in verbal abuse.

She is also being investigated for breaking team protocols by going out in Las Vegas despite Covid restrictions being in place.

A third incident is reportedly also being investigated by team officials, and has upset Australian teammates.

There are reports her behaviour could result in her being stood down from the Opals team in Tokyo.