Bianca Walkden  held aloft a Union flag and performed a cartwheel on the mat. It was, as she later confessed, all for show.

‘I feel a little bit dead inside and it’s killing me,’ admitted the tearful 29-year-old. These were not the usual musings of a medallist. But then again, bronze is not the usual colour of champions and Walkden is one of those all right, with three successive world taekwondo titles to her name.

‘It’s a medal, just not the colour I wanted, trained for or expected to get,’ she said. ‘I might paint it a different colour when I get it home. No one has to know.’ 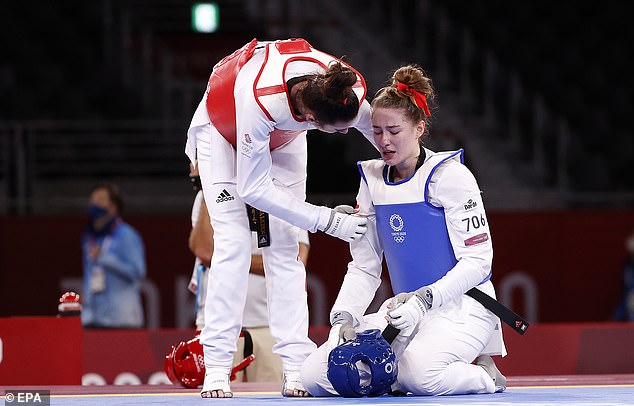 Except Walkden will always know and that is why it hurts her so much. Especially because she found herself in this very position at Rio 2016 and vowed it would never happen again.

In Brazil, she lost in the semi-final on golden point and then picked herself up to win her bronze medal match. Here in Japan, Walkden lost in the last second of her semi to South Korean Dabin Lee before rallying to beat Poland’s Aleksandra Kowalczuk 7-3 in a low-key play-off to secure another podium place.

‘I wanted to come out and be a true champion,’ she said. ‘It was so hard for me, I didn’t want to come out at all. But I thought anyone who is watching, I wanted to stand there with my head held high.

‘I got another Olympic medal. I didn’t want to run around with the flag afterwards but I wanted to say thank you to all the people involved. It was really hard to do but it was for my friends and all my family. Deep down I was dying to cry.’ 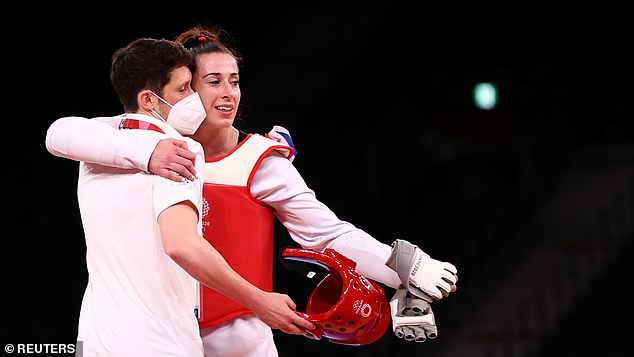 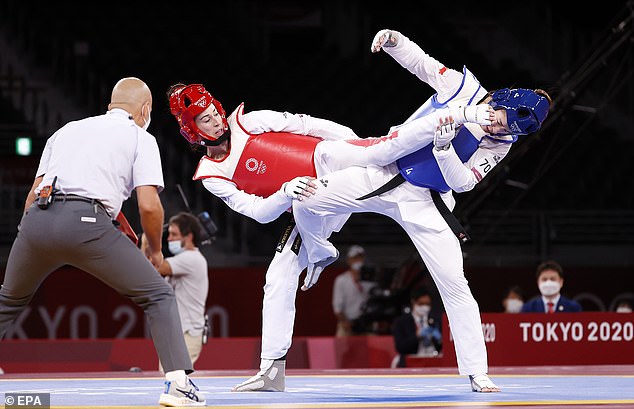 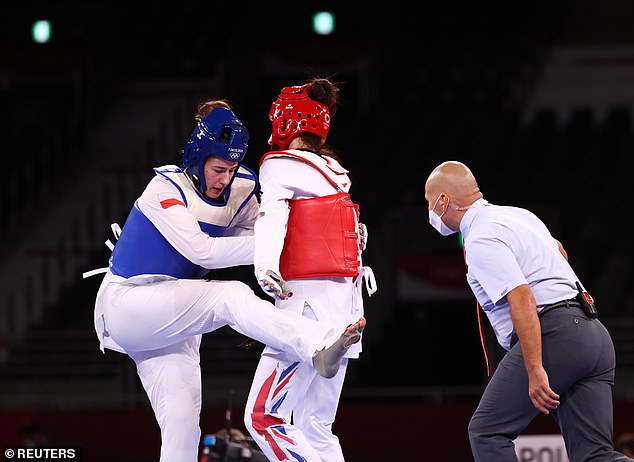 After two tight rounds, Walkden secured the bronze medal after dominating the final round

Those tears were there for all to see five hours earlier as she lay spread-eagled on the mat having become the third British fighter in three days to lose a lead in the dying moments. Three potential golds gone in 19 seconds.

On Sunday, Bradly Sinden was 28-26 ahead with just eight seconds to go of his gold medal contest but went on to be defeated 29-34. A day later, Lauren Williams was 21-18 up with only 10 seconds left of her final and went down 22-25. Then on Tuesday, Walkden led 24-22 in the last four before Lee launched a controversial three-point head-kick with only one second on the clock.

Could the Liverpudlian have retreated to get herself out of harm’s way, the equivalent of taking the ball to the corner or batting out for a draw? That was the question being asked by all the new armchair aficionados back home, probably not knowing that displaying a ‘non-engaging style’ brings with it a one-point penalty.

For Walkden, though, there was an easier explanation to her tactics at the death. ‘I wanted to attack because I would have more regret going back than attacking,’ she said. ‘But then I got grabbed and it was over. It’s shoulda, woulda, coulda. I would rather live with myself attacking knowing that’s what I am.

‘It’s hard because the team have been absolutely fantastic and we were so close to two golds – eight seconds, 10 seconds. I had one second. It’s not a coincidence or a curse. People are realising how fast taekwondo is. Everyone fights to the end. If anything that should showcase the sport and hopefully a lot more people get involved.’ 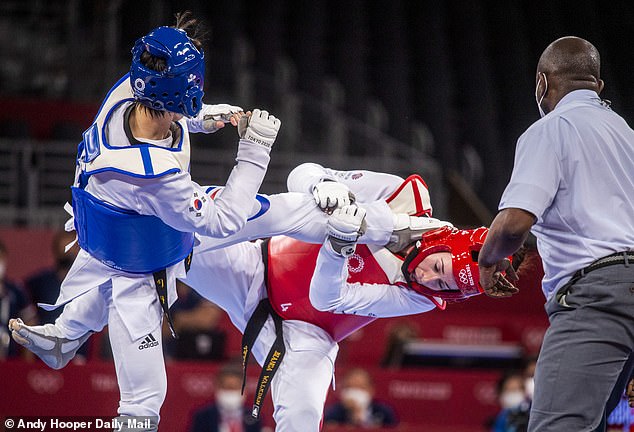 Earlier in the day, Walkden suffered a last second defeat following a kick to the head 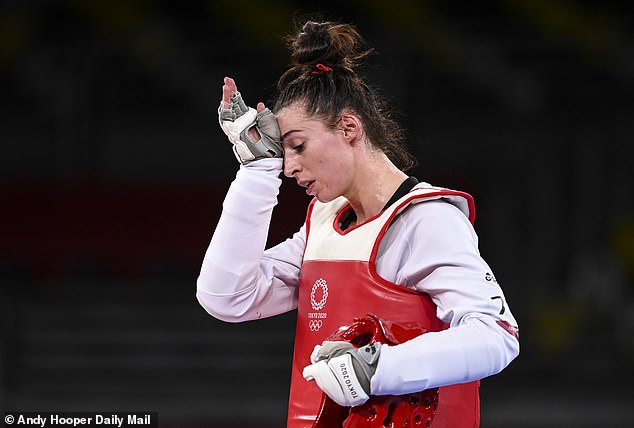 It has certainly been an extraordinary few days of high drama and heartbreak at the Makuhari Messe Hall, where two silvers and a bronze at least meets GB Taekwondo’s medal target.

‘But we have four key values – commitment, ownership, responsibility and excellence. Our fight game is to win. Die trying and give everything that you can.

‘When it comes to those close moments, we don’t stand around and try and close it off with defence. Sometimes it will win us three golds, sometimes it will end up where it is at.’

As for the future, Walkden cannot help but already look towards Paris 2024 now her mission is yet to be accomplished. ‘I’ll be proud when I get a gold,’ she added. ‘It’s only three years away.’ In a sport of seconds, that will feel like a lifetime.