Lauren Williams continued Team GB’s sensational Monday after breezing into the final of the the women’s 67kg taekwondo class.

Williams defeated Ruth Gbagbi of the Ivory Coast in the semi-final after an excellent start laid the foundations for a 24-18 victory.

Williams will now take on Matea Jelic of Croatia for the gold medal later on Monday from 1.30pm, following the Croatian’s victory in the day’s other semi-final against Paige McPherson of the United States. 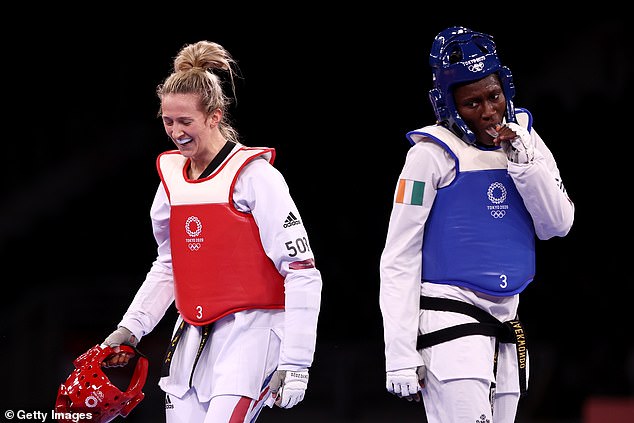 Gbagbi had been a bronze medallist in Rio five years ago, and the delight on Williams’ face was clear to see following her win, with the former kick-boxing star from Blackwood having battled back in recent times from a series of injuries.

Williams stormed into a commanding lead after the first round, dominating to move into a 18-3 advantage she never looked like relinquishing.

The Welsh fighter saw her lead cut in the second round to 11 points where she retained a healthy advantage of 20-9.

Gbagbi of the Ivory Coast fought back well in the final round but Williams screamed with delight after reaching the gold medal match, with the 22-year-old now guaranteed at least a silver. 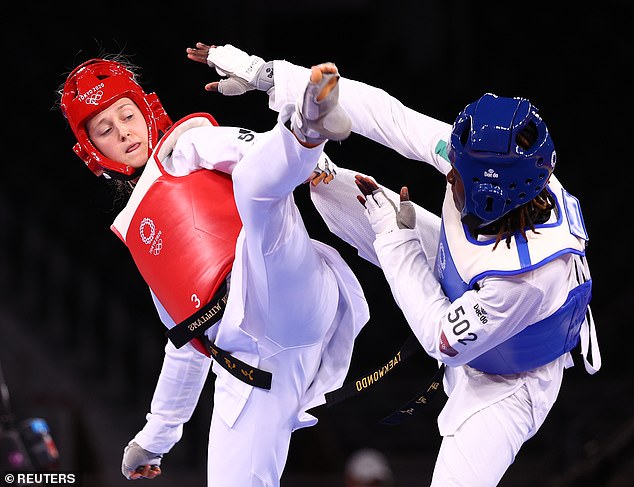 Williams made an excellent start to the semi-final, establishing a 18-3 lead in the first round 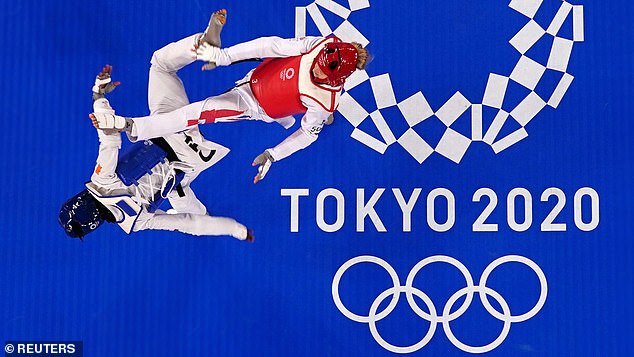 Although Gbagbi trimmed the advantage in the remaining two rounds, Williams comfortably held on and will now take on Croatia’s Matea Jelic for the gold medal later on Monday

Williams’ performance comes fresh off a sensational start to Team GB’s Monday after they won their first three gold medals at the Tokyo Olympics.

Swimmer Adam Peaty got the gold rush underway after retaining his 100m breaststroke title from Rio, while Tom Daley and his diving partner Matty Lee saw off heavy favourites China to claim gold in the synchronised 10m platform.

Just minutes before Williams reached her gold medal match, Tom Pidcock triumphed in the mountain bike cross-country having been among the favourties before the event.