By Oli Gamp For Mailonline and Reuters

Nigerian sprinter Blessing Okagbare on Saturday was provisionally suspended after testing positive for human growth hormone before the Tokyo Olympics, the Athletics Integrity Unit said in a statement.

Okagbare, competing in her fourth Olympics and having won silver in the long jump at the Beijing 2008 Games, had competed in the 100m heats on Friday and was due to run in Saturday’s semi-final against Team GB’s Dina Asher-Smith.

In a statement, the AIU said: ‘The Athletics Integrity Unit (AIU) has provisionally suspended Blessing Okagbare of Nigeria today with immediate effect after a sample collected from the sprinter tested positive for human Growth Hormone.

‘Growth Hormone is a non-specified substance on the 2021 World Anti-Doping Agency (WADA) Prohibited List and a provisional suspension is mandatory following an adverse analytical finding for such substance under the World Athletics Anti-Doping Rules. The AIU collected the sample from Ms. Okagbare during an out-of-competition test on 19 July.

‘The WADA-accredited laboratory that analysed the sample notified the AIU of the adverse analytical finding at mid-day Central European Time yesterday, Friday 30 July. The athlete was notified of the adverse analytical finding and of her provisional suspension this morning in Tokyo. She was scheduled to participate in the semi-finals of the women’s 100m this evening.

‘The AIU will make no further comment on this matter at this time.’

Okagbare, who had expected to provide stiff competition to Asher-Smith in both the semi-final and finals, is the first doping case of the Tokyo Games track and field competition. 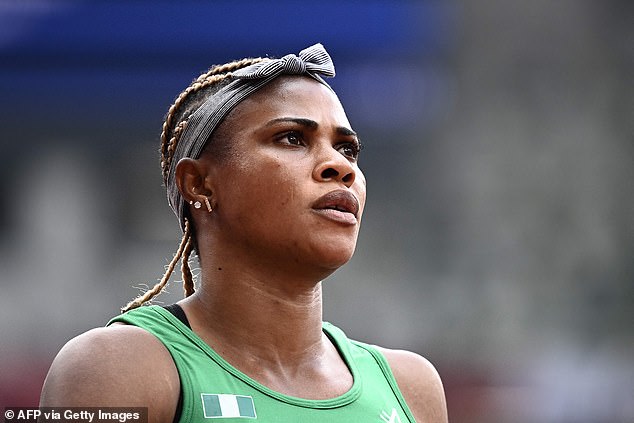 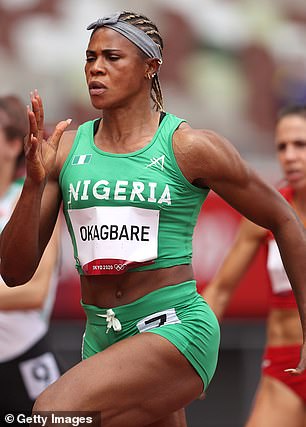 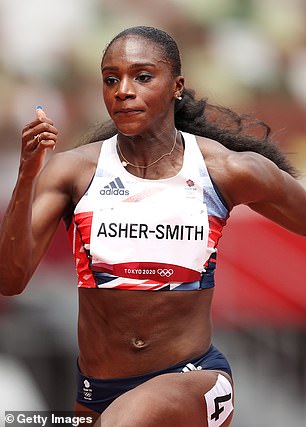 The 32-year-old, who has also won world championship medals in the 200m and the long jump and is competing in her fourth Olympics, had comfortably won her 100m heat on Friday with a time of 11.05 seconds, qualifying for Saturday’s semi-final.

The AIU said she tested positive in an out-of-competition test on July 19 and was informed of her suspension on Saturday.

Human growth hormone is on the list of banned substances.

Okagbare’s silver medal from the Beijing Games was a result of her being upgraded in 2017 after the International Olympic Committee disqualified Russian athlete Tatyana Lebedeva due to a doping offence.

Okagbare had originally finished third in that long jump competition.