Sophie McKinna has revealed she was one of the six British athletes forced into Covid isolation after crashing out of shot put qualifying.

The 26-year-old could only manage 17.81m – 80cm down on her best – and then disclosed her preparations had been shredded when she was found to have been a close contact of an infected passenger on her flight to Japan.

She has since returned 28 negative tests but has been training under stringent restrictions ahead of the biggest competition of her career. 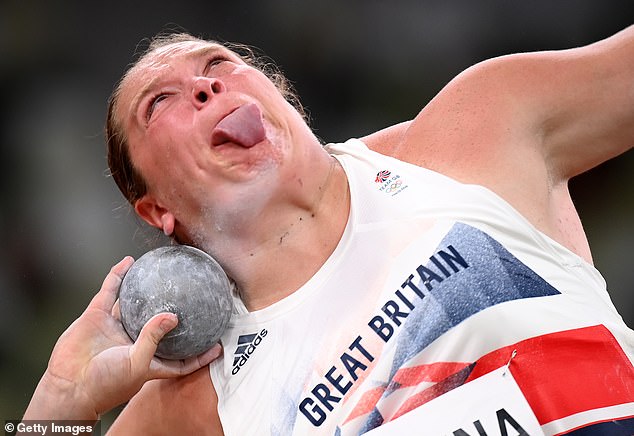 She said: ‘It has been difficult. I don’t want to use it as an excuse but I was one of the six athletes who was isolated for 14 days. Not the most ideal build up and quite a stressful time, as you can imagine. To start with we were told we couldn’t even compete so that was particularly difficult.

‘It really knocked me back for six or seven days. I am a better thrower than I showed but I was dealt a rough hand of cards.

‘It is great to compete in an Olympics, and British Athletics and the BOA were fantastic, but Covid has made this really difficult. Today was my 28th negative test and I am still not clear until midnight.

‘What doesn’t kill you makes you stronger. I’ll be back. 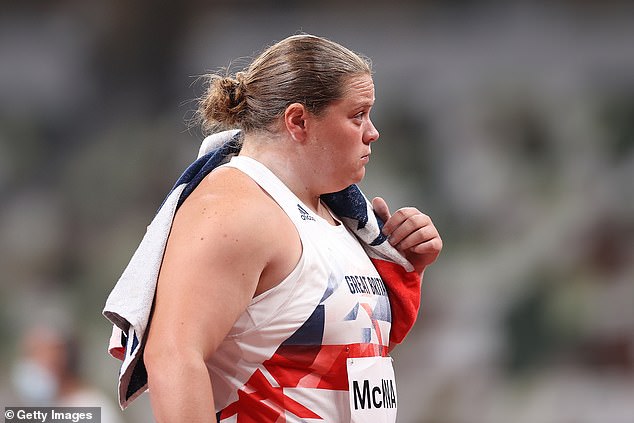