Feathers flew and one of the brightest boxing talents in Team GB fell. In what amounts to an enormous setback for Rob McCracken’s gilded programme, Peter McGrail was beaten in Tokyo by a combination of bad luck and a good Thai on Saturday.

In regards to the poor fortune, it came from McGrail being unseeded, despite the Liverpool featherweight holding medals at world, European and Commonwealth level. In turn he was given a brutally tough opening-round pairing with Chatchai-Decha Butdee and lost by unanimous decision.

The size of that disappointment can be measured by knowing McGrail, 25, was considered one of the strongest contenders for gold in a team that is hardly short of talent. 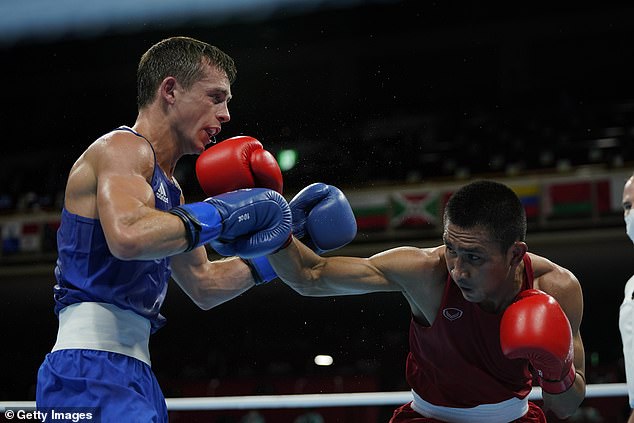 McGrail, 25, was unseeded at the Olympics and so had a brutally tough opening opponent

However, he was edged out of the first by the former world medallist Butdee, a 36-year-old southpaw of immense skill, and from there he was in the unenviable position of needing to chase a slick mover. All five judges scored for Butdee.

The other British fighter in action on Saturday, featherweight Karriss Artingstall, beat Keamogetse Sadie Kenosi by unanimous decision. Artingstall, making her Olympic debut, crushed the Botswanan, who was helped by some generous officiating.

Artingstall will face Brazilian third-seed Jucielen Romeu in the round of 16. She said: ‘All I need to do is switch on from that first bell and I am capable of beating all of these girls here.’ 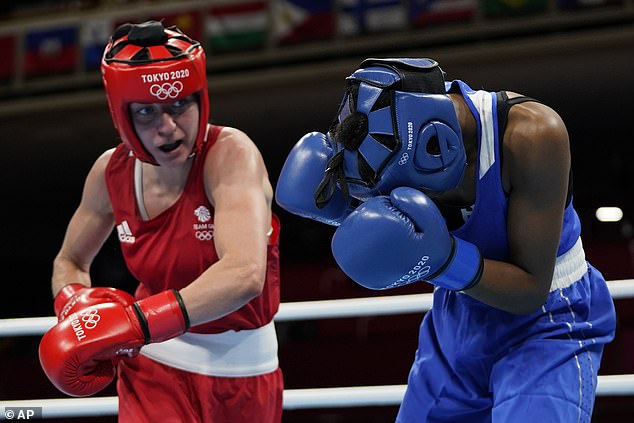