Team GB judoka Natalie Powell is knocked OUT of the Tokyo Olympics as the former world No. 1 fighter is beaten by South Korea’s Hyunji Yoon in the round of 16 in Tokyo

Britain’s former world number one Natalie Powell bows out after losing convincingly to Korea’s world number 23 Hyunji Yoon in round of 16.

The -78kg star finished seventh on her Olympic debut in Rio five years ago but a string of World Championship, European Championship and Grand Slam medals since had moulded her into a genuine contender in Japan. 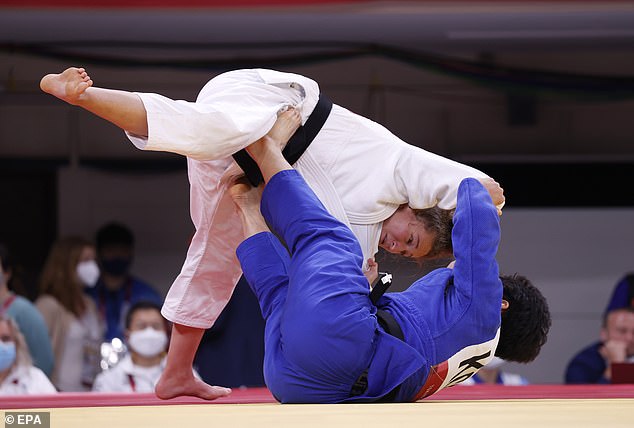 The former world No. 1 was beaten comfortably by South Korea’s Hyunji Yoon on Thursday