Tokyo Olympics: Team USA bounce back from first basketball defeat since 2004 to blow away Iran

Team USA bounce back from first Olympic basketball defeat since 2004 to blow away Iran in one-sided contest, winning by a 54-POINT margin to get quest for fourth consecutive gold medal back on track

The United States got back on track in their quest for a fourth consecutive gold medal on Wednesday after a 54-point blow-out win against Iran buoyed by a barrage of three pointers as they put behind their disappointing loss on Sunday against France.

USA point guard Damian Lillard was sizzling hot to begin the game as he hit six threes in the first half, helping the Americans shoot 63 per cent from beyond the arc as they built a commanding 60-30 lead.

Lillard, who plays for the NBA’s Portland Trail Blazers, finished with a game-high 21 points. The US ended up making 19 threes for the game and came away with a 120-66 victory. 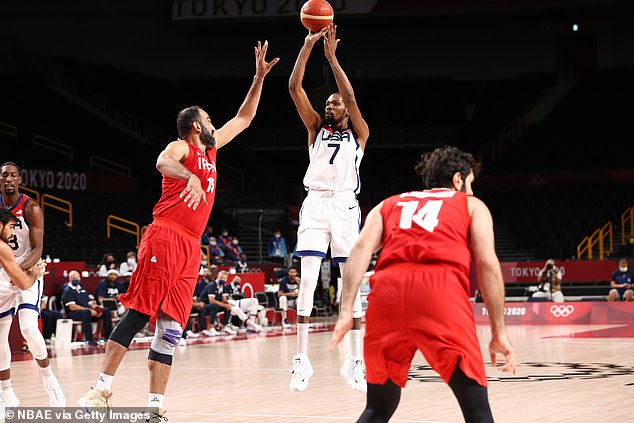 Kevin Durant (No 7) ran riot against Iran, scoring 10 points as well as five rebounds and assists 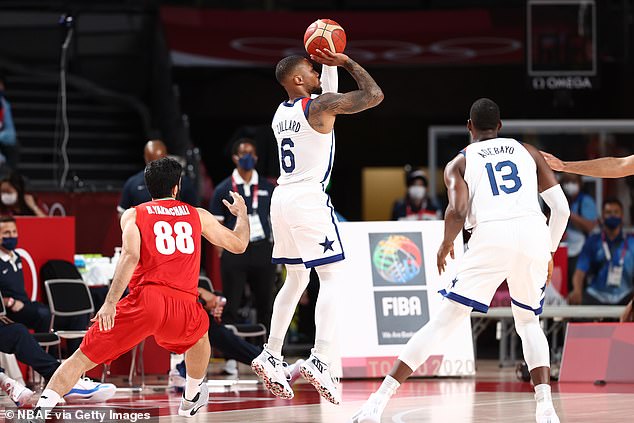 The dominant win will allay concerns about Team USA’s medal credentials in Tokyo 2020 that erupted after they suffered a shock defeat against France on Sunday, losing at the Olympics for the first time since 2004 and for just the sixth time in the history of the tournament.

But they righted the ship on Wednesday.

Stout defense and sweet shooting catapulted them to victory, as they forced turnovers and held Iran’s best player guard Behnam Yakhchalidehkordi to only six points, a far cry from his sensational performance from his team’s first game when he had a game high 23 points.

Kevin Durant, who was saddled with foul trouble in the game against France, bounced back with a terrific all around performance finishing with 10 points, five rebounds, five assists, two steals, three blocks and zero turnovers. 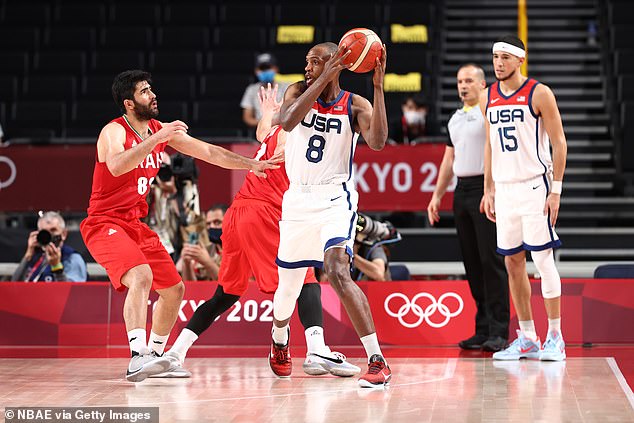 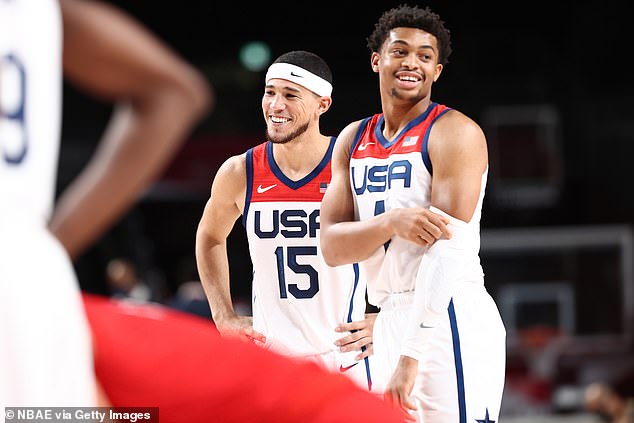 His great execution was epitomised in one possession mid-way through the third quarter when he blocked a shot, retrieved possession and threw a pass to a running Bam Adebayo for a dunk.

Iran were yet again their own worst enemy as they were sloppy with the basketball committing 23 turnovers which resulted in 37 Team USA points.

Team USA play against the Czech Republic on Saturday, while Iran face France on the same day. 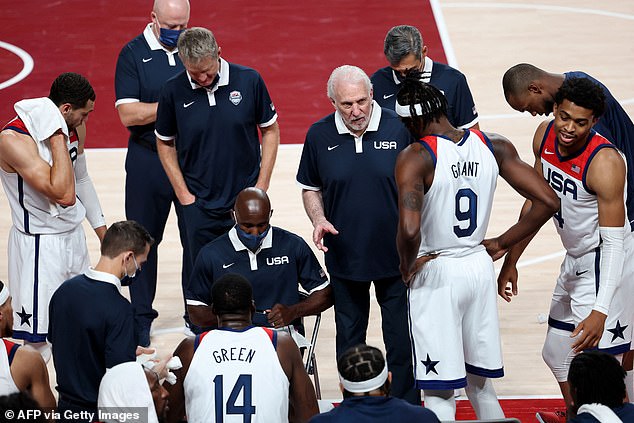